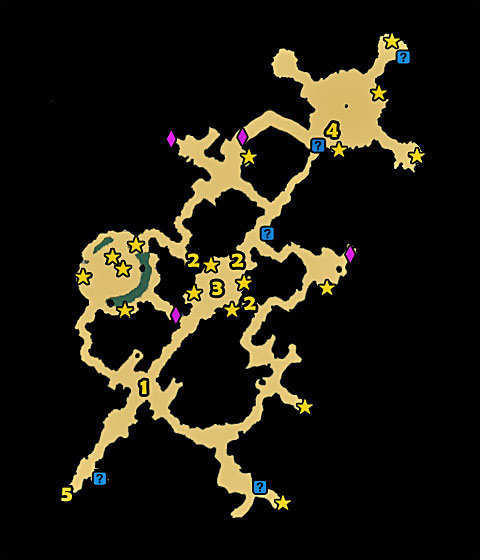 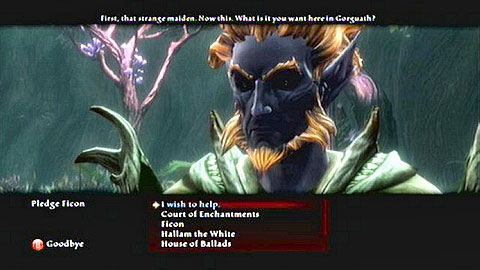 Head to the marked dungeon and speak with Pledge Ficon. Offer him help in fighting the beast and afterwards head west. 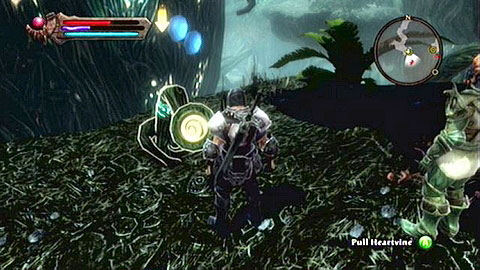 Your objectives are three Heartvine plants marked on the map. Pull them out by pressing A. 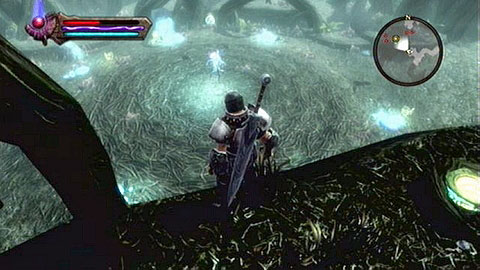 With all of them gone, the Grave Thresh will show up. 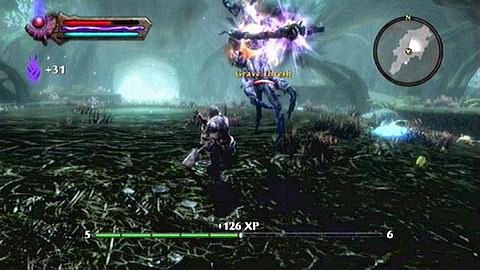 In the beginning get rid of the weaker enemies and let your companion draw away the bigger beast's attention. Only will all the enemies dead should you attack Thresh. Remember to run away when he starts hitting the ground, as he can deal high damage which you cannot block. It's a good moment to make use of a bow or ranged spells. You should also enter Reckoning mode to make the fight easier and increase the number of experience points gained. 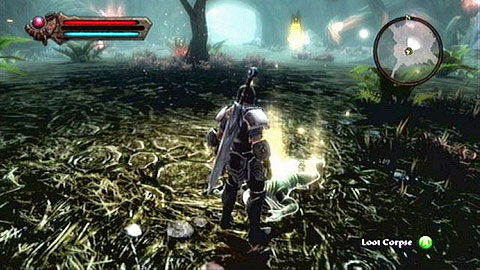 With the enemy dead, save your game, head north and take Sir Sagrell's ring. 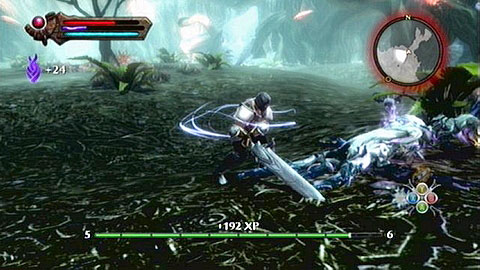 Another fight will begin, this time with two Threshes. If that's not enough, your companion will also die at the very beginning of the fight. I'd recommend quickly running east to the first enemy and focusing solely on him. If you're lucky enough, the second enemy will just wait for his turn on the other end of the location. After killing both monsters, collect the items that they left, as there's a big chance of obtaining a very rare weapon. If you're not happy with your loot, you can always load the game and try again. 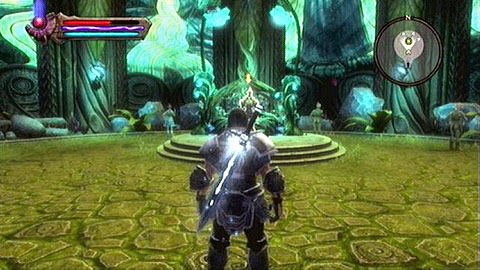 Having obtained the ring, return to the House of Ballads M2(9) and enter the Court of Enchantments to end the mission.

This mission becomes available after completing "Song of Sir Sagrell". 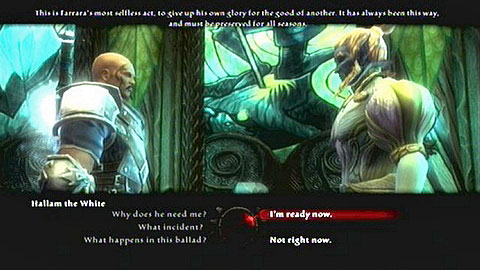 In order to begin this mission, speak to Hallam the White who awaits you at the Court of Enchantments (House of Ballads M2(9)). He will send you to King Wencen found in Ballads Oratory in Etinmere M5(7). 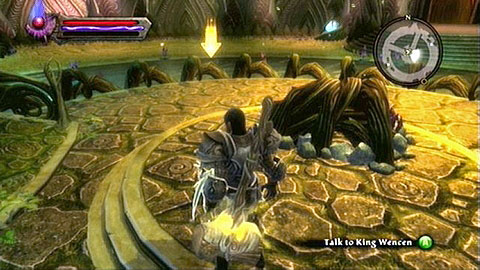 Speak with the ruler to learn that you can find Sir Farrara in Uduath M5(12). 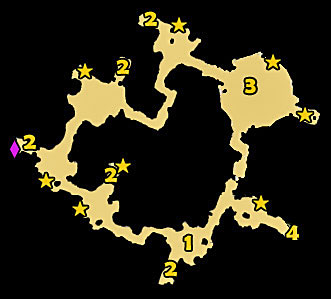 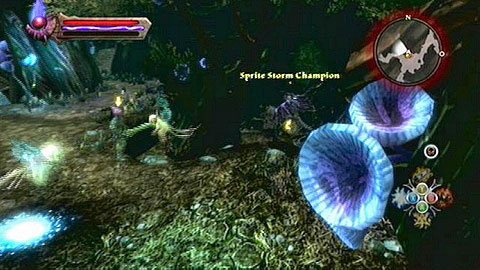 Head inside and keep going onwards until you see a fighting Fae. Help him and afterwards save all the prisoners marked on the map. 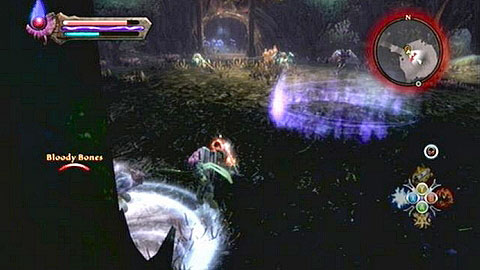 With all the prisoners saved, you will encounter Bloody Bones. You can choose out of three dialogue options, but in the end you will have to fight your interlocutor regardless of which you decide on. I'd recommend starting off with eliminating the three weaker monsters as fast as possible and attacking Bloody Bones only after they're dead. Fighting the single enemy shouldn't cause you much trouble, just keep attacking him and he shouldn't even be able to cast any spell. The second tactic implies focusing solely on the main enemy and dodging his minions' attacks. In both cases, remember to enter Reckoning mode before dealing the last blow. 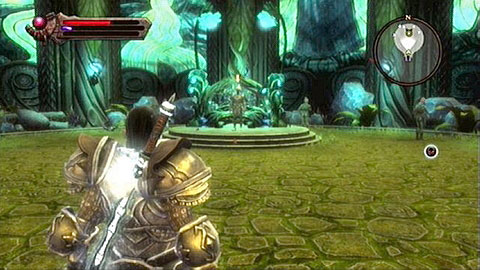 After Bloody Bones dies, revive Sir Farrar and afterwards return to the House of Ballads M2(9) to speak with the King in the Court of Enchantments.

Two Knights and a Troll

This mission becomes available after completing "Ballad of Bloody Bones". 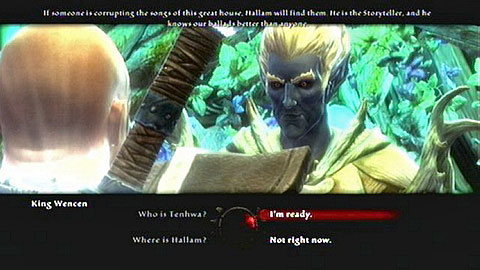 Speak to King Wencen in the House of Ballads M2(9). He will tell you to head to the Ballads Library and speak with Tenhwa who's living there M7(3). 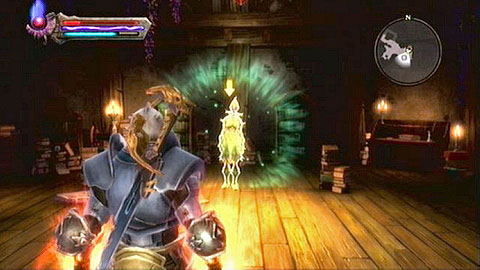 The woman will ask you to head to the witch's hideout and recover five stolen artifacts. 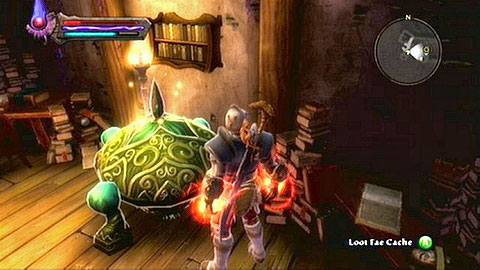 Before heading out, firstly head onto the upper floor of the library to find a couple useful items in the chest found there. 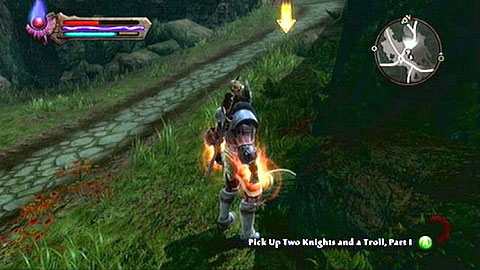 The first Fae Cairn can be found nearby the Sunder Caverns entrance M7(11). The other ones have been hidden inside the cave.