This mission becomes available after completing "Crisis of Faith". 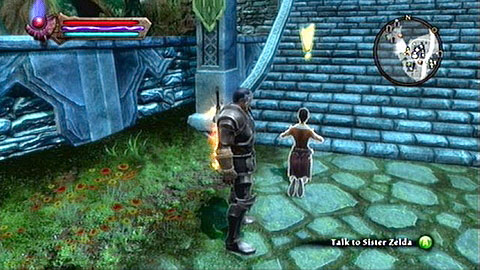 Speak to Sister Zelda who's standing beside the stairs leading to the chapel M1(12). 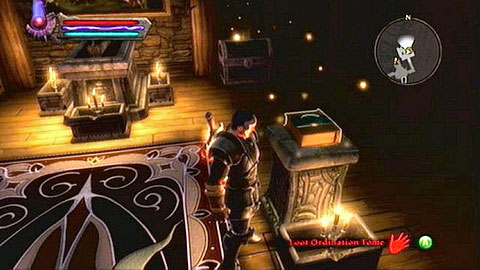 The woman will want you to steal the Ordination Tome from the Reliquary M1(13). The item isn't guarded by anyone, so the mission shouldn't cause you much trouble. 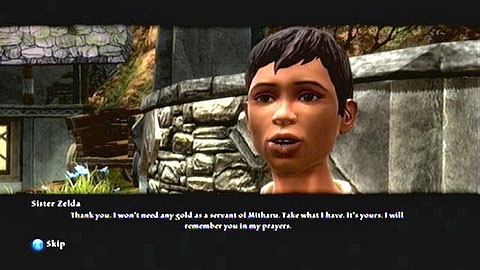 After obtaining the book, return to Zelda to finish the mission.

Out of the Past

This mission becomes available after completing "Crisis of Faith". 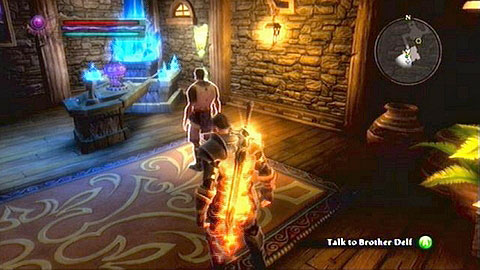 Head to the Reliquary M1(13) and speak with Brother Delf. He will ask you to obtain the daggers of his two former companions. 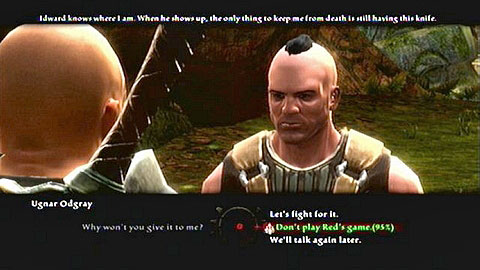 The first one is Ugnar Odgray, who can be found in Gorhart M1(3). During the conversation you will be able to choose to either use force or persuasion to convince the man to hand over the dagger. 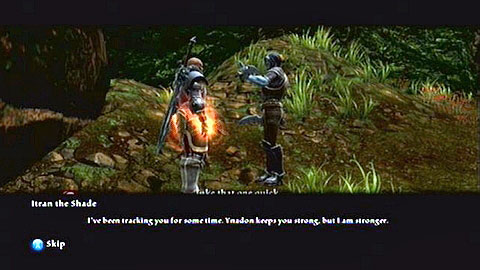 The second former bandit is Itran and you can find him at Haxhi M7(1). He will attack you when only he notices you. Deplete him of most of his health and you will receive two offers. You can either pay for the dagger or finish the fight and kill him. 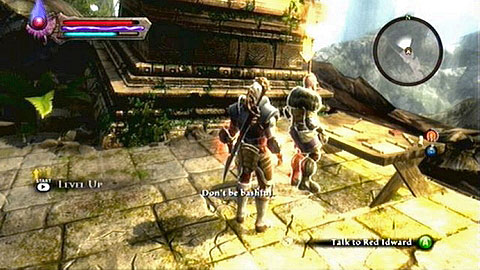 Regardless of your choice, after obtaining the last weapon you should head to the Red Legion leader in Bloodstone Deep M3(18) to give him all three items. 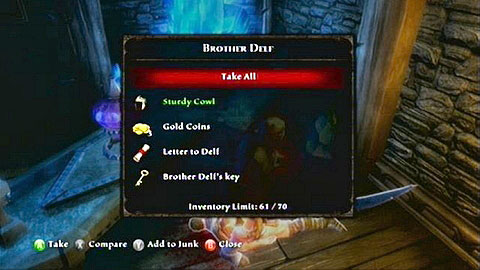 You will receive yet another offer. Red Idward will ask you to kill Brother Delf. If you agree, return to the Reliquary in Gorhart M1(13), press up on the D-pad and kill him. Beside his body you will find a key which opens the nearby chest. A few useful items can be found inside. As you leave the village, you might be attacked by the villagers. Don't fight them, as with time they will forgive your crimes and you will be able to visit this area without any problems. 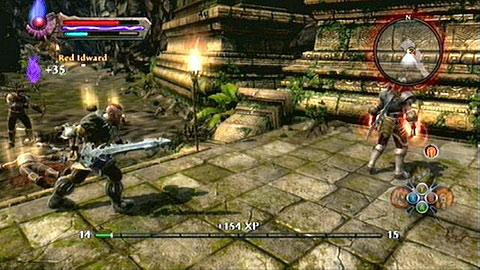 If you decide to refuse Idward, you will have to fight the Legion leader. It's not a difficult fight, but try to kill the man as fast as possible as soon group of bandits will come to help. 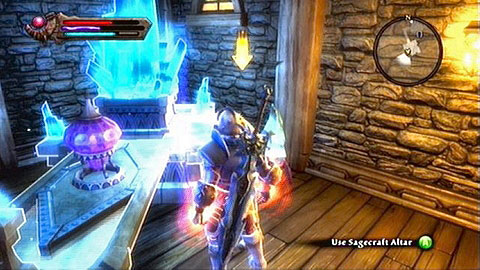 After dealing with them, return to Brother Delf and finish the mission M1(13). Use the key you received in return to open the nearby chest and take its content. 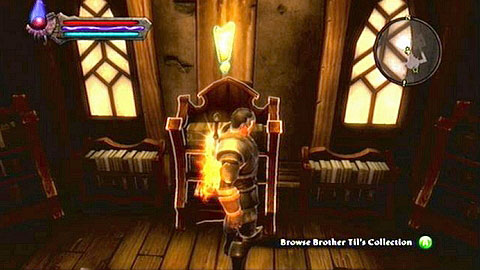 In order to begin this mission, head to the Reliquary M1(13) and examine the bookshelf marked on the map. You objective is finding 100 books of Brother Til. They all have been marked on the world map. A detailed description can be found in the further part of the guide, dedicated to missions concerning the whole of Amalur. 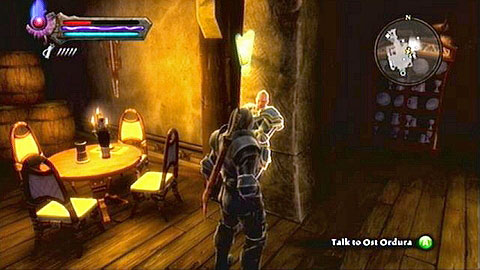 The man in the tavern M1(8) is Ost Ordura - a member of a group of mercenaries known as Warsworn. He will agree to write a commendation if you complete a certain task. You will have to find and kill the Krast brothers and afterwards bring their daggers to the mercenary. 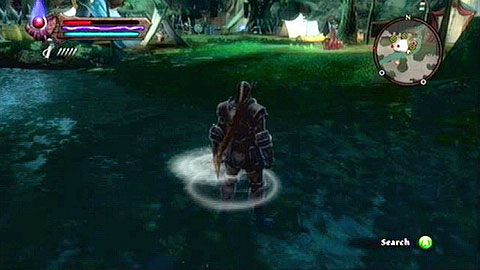 The first bandit can be found in the northern camp M1(10). The second one is in the further part of the woods in the east M2(7). 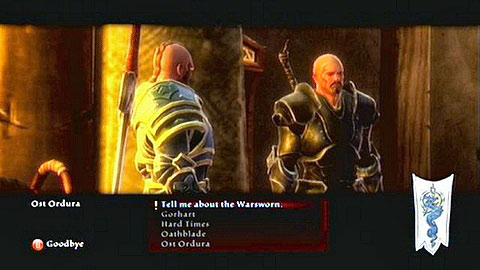 Having obtained both daggers, return to Ordur. In return you will receive a prize of 156 gold and a commendation for Shieldering Keep M2(8). 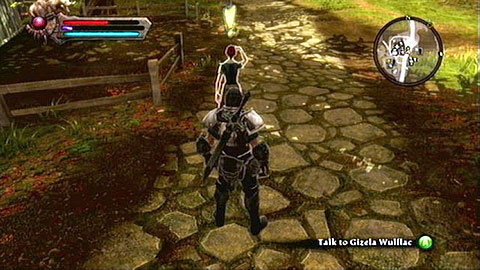 Return to Horthart after completing all the missions to meet a woman named Gizela Wulflac M1(14). 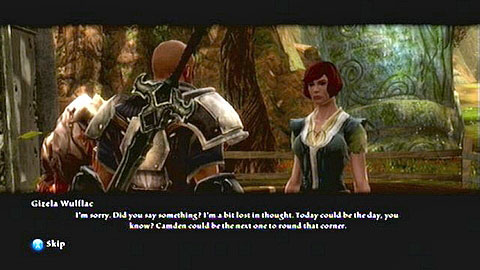 She will ask you to gain information regarding her husband, who's currently serving in the army. 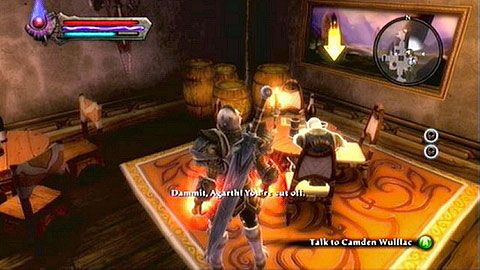 For that, head to Didenhill and into the Three Lamps Inn M3(6). Inside you will find Camden Wulflac. 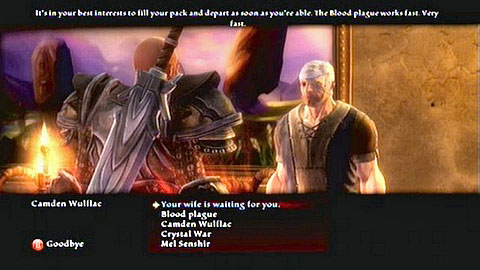 Tell him of his worried wife and three dialogue options will appear. By choosing the upper or lower you won't convince the man to return. You will now have to return to Gizela and lie about the man's death or tell her the truth (the woman will then head to meet with him). 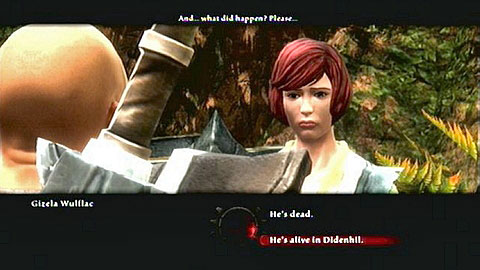 If during the conversation with Camden you choose the middle option, you will have a chance of convincing him to come back. In such case you can return to Gizela to finish the mission. Regardless of what you say, you will receive the same prize.