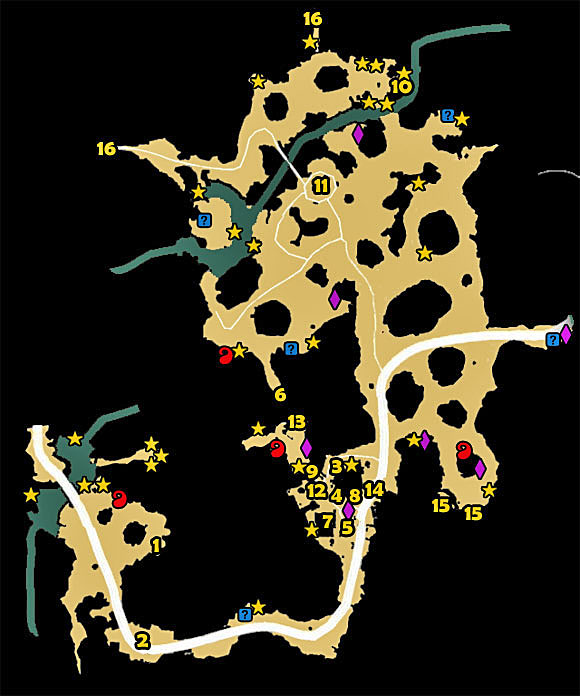 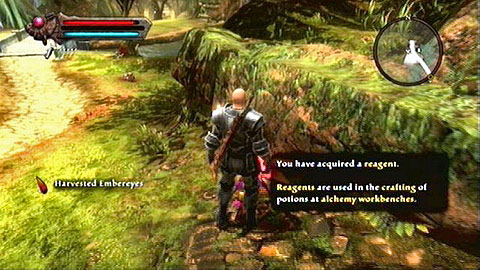 In the corner of the location you will find a gnome who's being attacked by a huge bear M1(1). Defeat the beast and speak with the man. 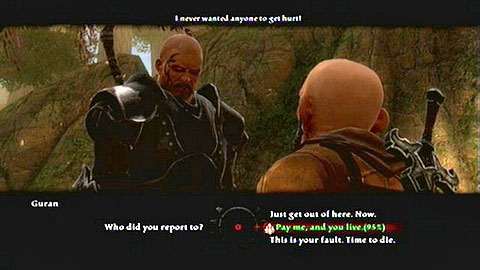 If you choose the upper option, you will let him go free. The lower option will result in killing him. The middle one will also result in letting him go free, but you will also have a chance of obtaining 200 gold. 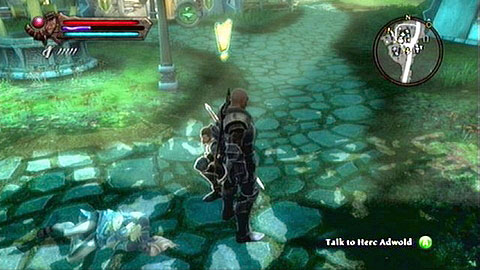 In order to begin this mission, speak with the soldier kneeling beside a wounded woman M1(5). He will ask you to find a second Fae and obtain medicine from her. 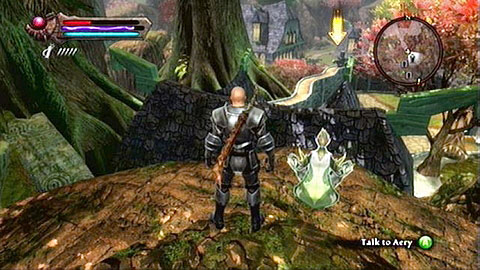 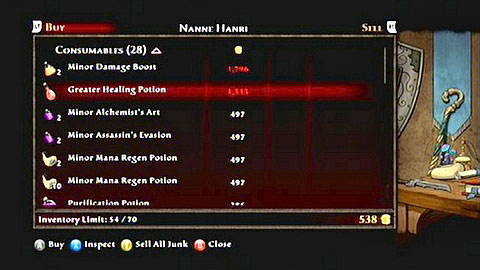 She will tell you that the wounded woman can be healed by a Greater Healing potion. Buy it at the Alchemist in Gorhart M1(7) and take it to the guard waiting at the tavern M1(8). 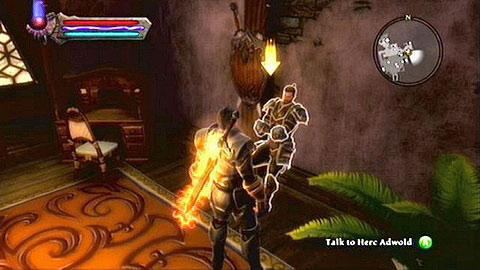 You will be able to choose one of the two options. You can either head to the House of Ballads M2(9) or Shieldering Keep M2(8). After deciding on one of them, speak with the character marked in that location and afterwards return to the guard. You will therefore end the mission. In return you will receive the Iron Longsword and Sturdy Buckler. 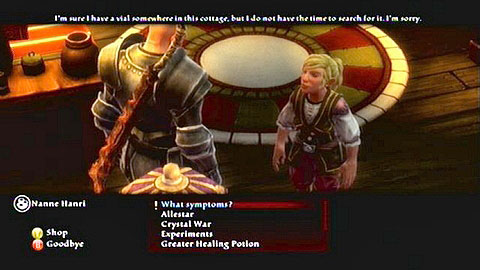 Speak with the alchemist Nanne Hanri in Gorhart M1(7). You will learn that she has lost a recipe for a very dangerous poison and doesn't know where her student Karth is. Agree to help her and afterwards head to the ruins of Agnur Farhal M1(15). 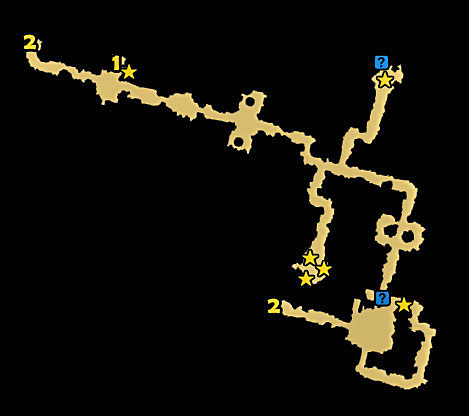 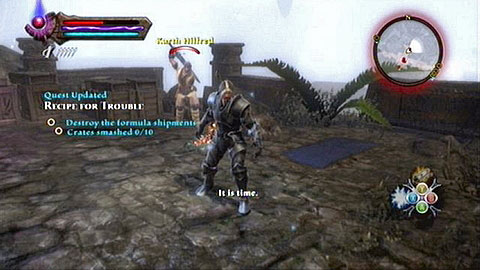 The man you're looking for can be found right beside the first door. Speak to him and he will attack you together with his companions. Kill all of them and afterwards head deeper into the ruins. Your objective is destroying 10 poison boxes. 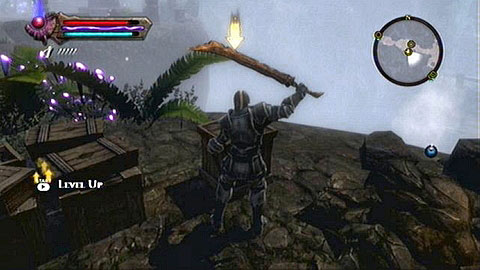 The first 4 can be found inside the ruins. They all have been marked on the map. After destroying them, leave the underground using the second exit. The other boxes can be found in the northern part of the woods. Destroy them and return to Nanne Hanri to end the mission M1(7). 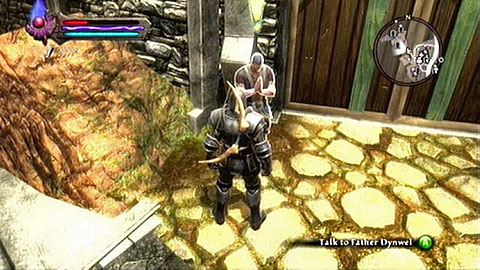 Father Dynwel M1(9) will ask you to find Brother Egan, who left for the woods and isn't coming back for quite some time. 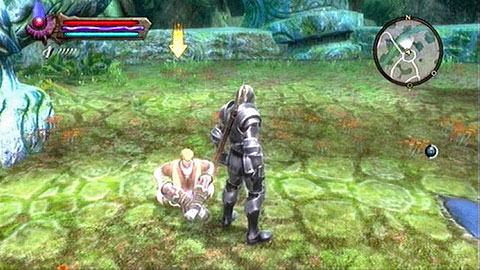 The man can be found in the northern part of the location M1(11). Speak with him and afterwards head to the Waterhall Down M1(16). 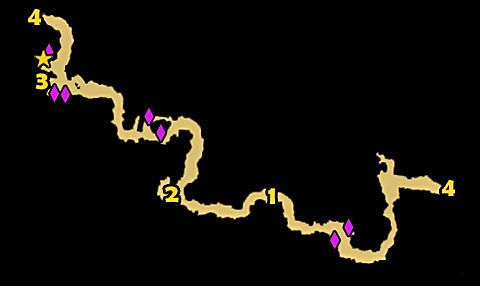 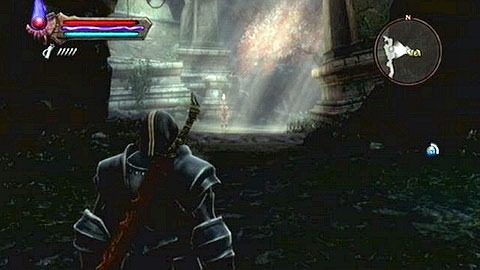 Inside, rejoin with Egan and head onwards while defeating enemies on your way. 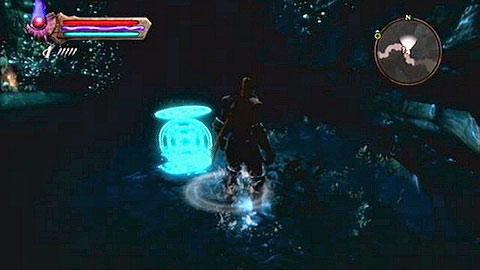 Be very careful after reaching the flooded part of the cave. Magical traps will come out from under the water and they can deal quite a lot of damage. In order to avoid getting hit, perform fast dodges (B). 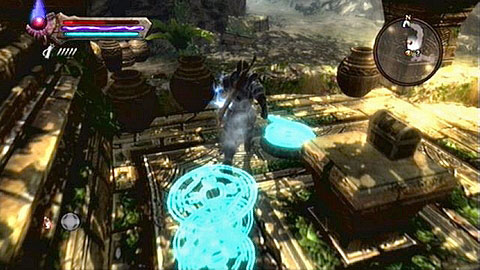 Similar traps can be found around the treasure Egan's looking for. Take it only after disarming them. You can now leave the cave and follow your companion. 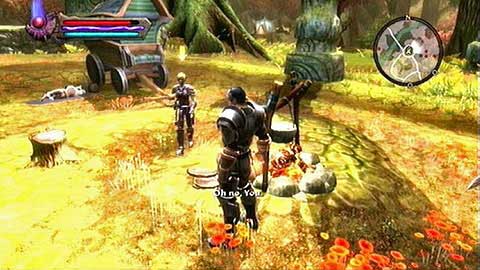 After reaching his camp, speak with the woman named Finna. It will turn out that she has deceived Egan together her brother. If you choose the upper or lower option, you will need to fight the thievish siblings. By choosing the middle one, you will be able to avoid conflict. 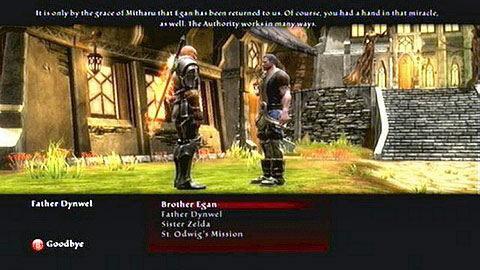 The next thing you should do is speak with Brother Egan and afterwards head to Father Dynwel M1(9). That way you will complete this mission.