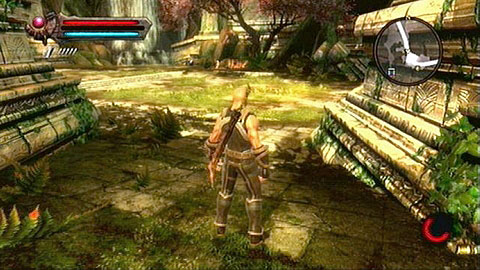 After getting out of the dungeon, head to the point marked on the map M1(1) and speak to Agarth. 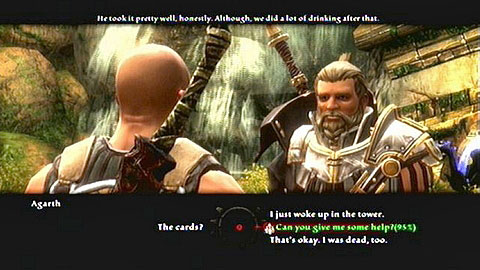 Remember to choose the green dialogue options. That way you will gain two items which can be used to regenerate health and mana. 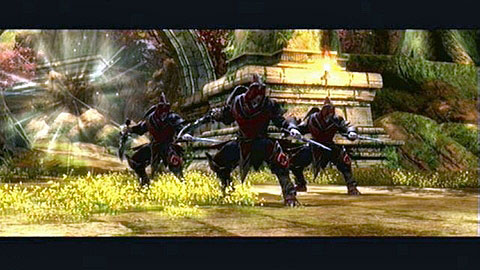 After the conversation, you will be attacked by a group of enemies. During the fight you will gain information regarding the fate bar, found below the health gauge. You can charge it by attacking enemies and performing special attacks. 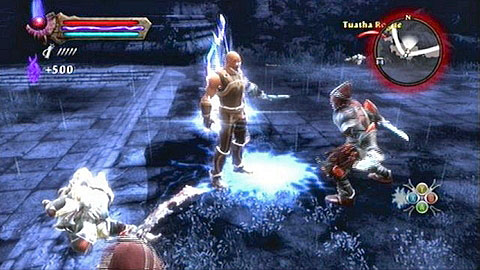 With the arrival of the next group of enemies, your fate bar will charge automatically and you will be enter the so-called "reckoning mode" (hold down LT+RT). Activating it will increase your speed and the strength of your attacks. It lasts until you deplete the fate gauge or perform the so-called fateshift, a finishing move performed on one of the weakened enemies. A fateshift will not only kill the opponent, but also deal damage to all others. Just like with normal finishing moves, a button which you need to tap will appear on-screen to increase the amount of experience points that you gain. 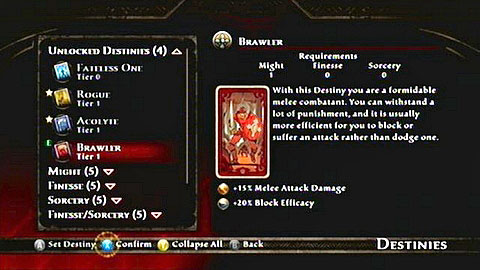 After the battle, speak with Agarth again. That way you will unlock the Destinies, which you can change each time you gain a new level. More cards will unlocked as you spend points into given skill trees. The type of card that you unlock depends on where you invest the points. Each combination has its own types of cards. 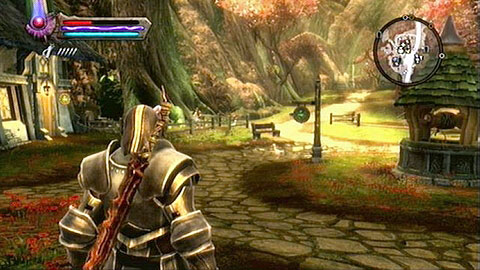 After the end of the conversation, you will receive a mission of finding a man named Arden, who lives in Yolvan M2(6). The place will be marked on your map. On your way there you should consider stopping at Gorhart, where you can find quite a bit of side missions and merchants selling a wide variety of items. 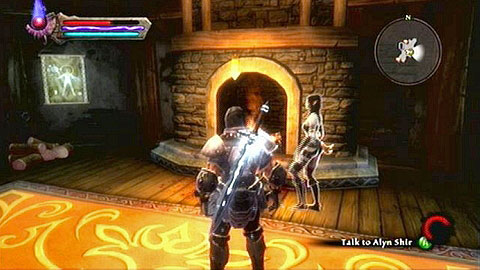 Inside of Erden's hut you will find a corpse of a man and a mysterious woman. Speak to her. After a short conversation the creature will disappear and Agarth will appear in the door. 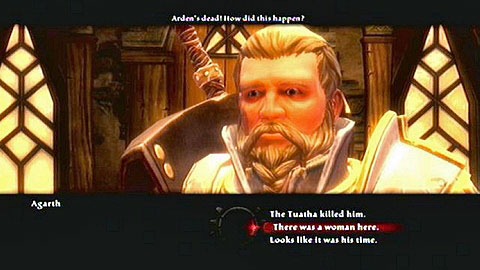 Fateweaver will inform you that you need to head to Dellach, a location found in Ettinmere M5(13). 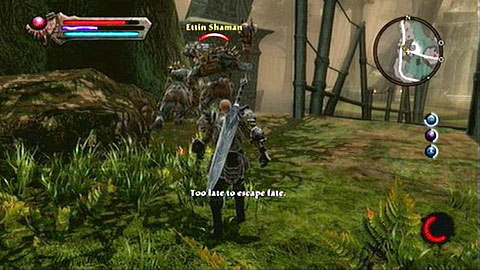 Right before entering the dungeon, you will see Agarth fighting Ettins. Help him, speak to him and head into the dungeon together. 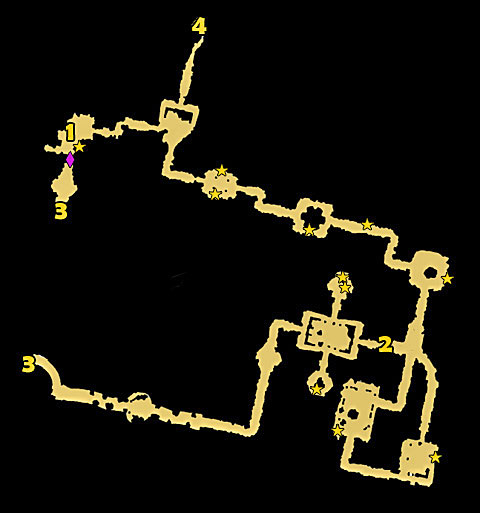 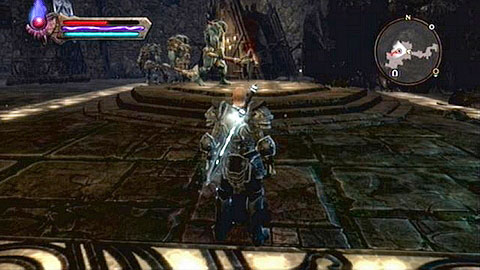 Follow Agarth south-east, defeating the enemies your come across and opening the gates on your way. 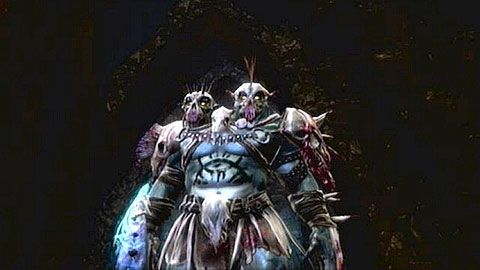 Behind one of them you will have to fight the Ettin War Priest. Defeat him quickly and speak with your companion afterwards. 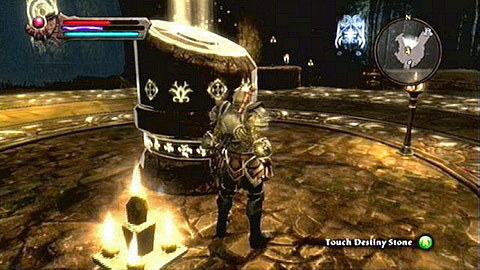 At the end of the tunnel you will find you destination - the Theater of Fate. Inside, defeat two monsters and touch the Destiny Stone showed by Agarth. That way you will obtain the Codex of Destiny. 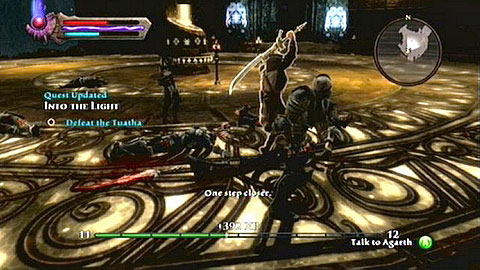 However you won't be able to celebrate too long, as soon enough you will be attacked by a Tuatha group. Quickly kill all the enemies and speak with the mysterious woman. 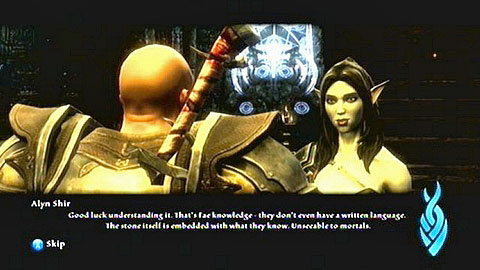 She will give you the "Old Friends, New Foes" mission and Agarth the "The Hunters Hunted". The order in which you complete them doesn't matter.