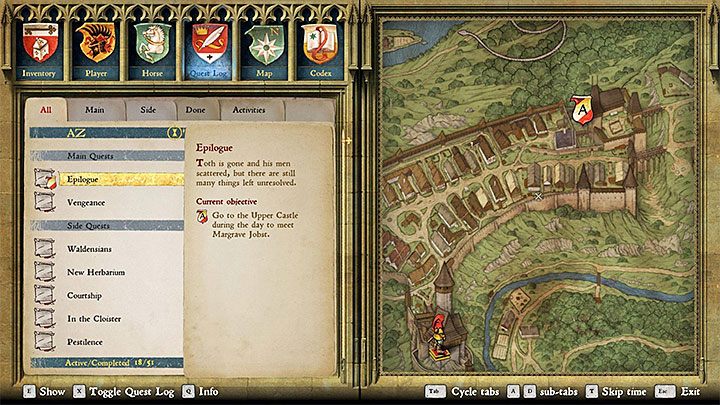 The most important information is - yes, the From the Ashes DLC expansion can be started after all major Kingdom Come quests have been completed.

However, it is worth knowing that the final game quests are played automatically one by one. While completing them, you are temporarily disabled from exploring the game world and from undertaking additional activities:

In summary, From the Ashes DLC expansion set can be dealt with at any time before you visit Fort Vranik or at any time after completing the last main quest and unlocking the game's epilogue.

Additional Note: In the finale of Kingdom Come: Deliverance campaign, there is an important battle in Talmberg. The same location is visited in From the Ashes to meet with Sir Divish and receive his travel order to Pribyslawitz. If you cannot find Sir Divish in Talmberg, it may mean that the situation in the castle has not returned to normal yet. Wait 24 hours for this to happen. Divish should return to performing his daily duties in the castle and you will be able to meet him.