Lost in the Woods is the name of first side quest connected with From the Ashes expansion set. Henry must go to village of Pribyslawitz and by the request of Sir Divish find Marius, who have been lost. After you get there, it will be necessary to resolve the problem of bandits who reside in the ruined village.

Unlocking the quest and getting to Pribyslawitz 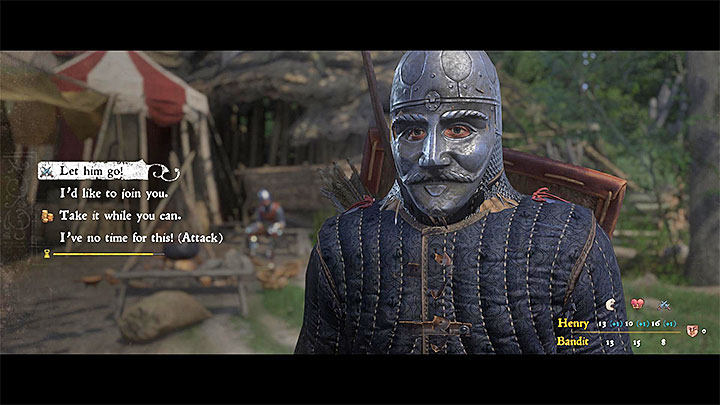 This question is commissioned by Sir Divish during a conversation with him in Talmberg. You will be sent to Pribyslawitz to find Marius with whom any contact has been lost. After reaching Pribyslawitz, head to the upper camp, which is adjacent to the destroyed church (the place where you fought with Konus). You will meet bandits here and you can start a conversation with one of them. The main options of action are: 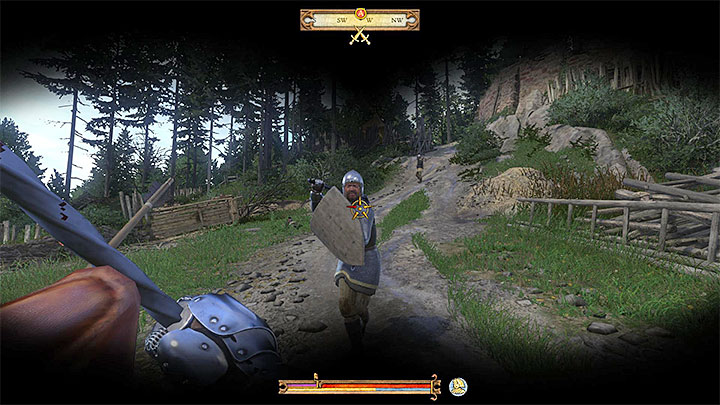 If you have used intimidation or bribery you can immediately advance to the next part of the quest. Otherwise you have to deal with a group of bandits. Overcoming them should not be a huge challenge for a high-level hero with good equipment and developed combat skills. At least two bandits are archers and they should be the first to die. Don't get encircled during the fights and watch out for bushes and other obstacles where Henry can easily become entangled.

An alternative way to attack the bandits is to sneak into their camp at night. You may be able to kill several of them in a dream, but at least one bandit is always on guard.

How to release Marius 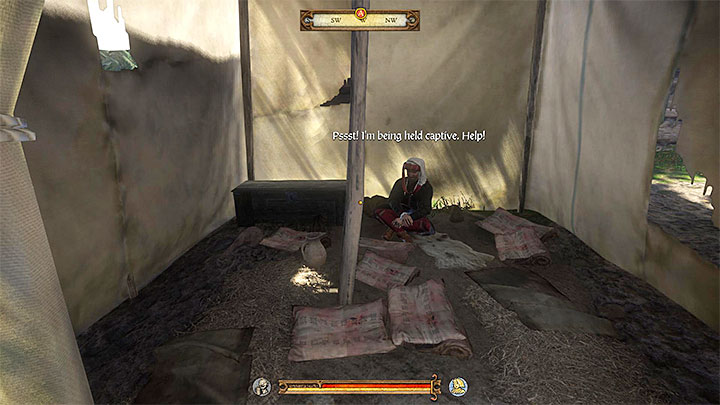 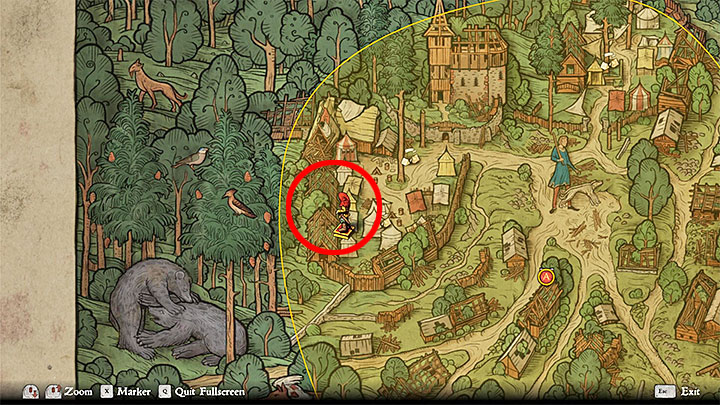 Marius is being held in one of the westerly tents, as shown by the attached pictures.

Note - Do not try to cross the Marius' tent at night. You cannot release him until you deal with the bandits (by killing them or persuading them to leave Pribyslawitz).

Once Mariusz has been saved, you can accompany him around the village or let him look around on his own - it's better to choose the first option because you'll also get to know his ideas for rebuilding the village.

Giving a report to Sir Divish 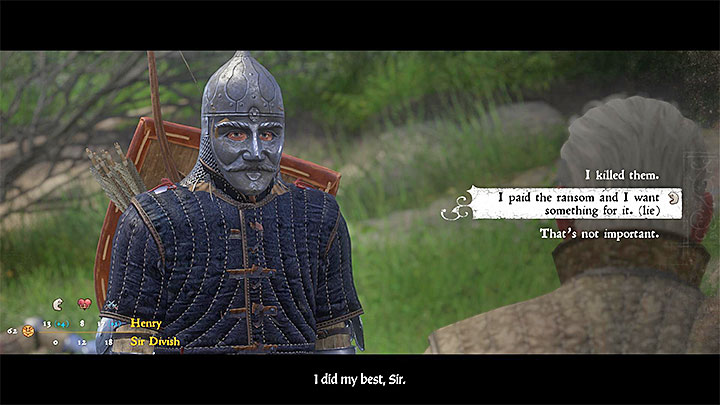 Talk to Marius again and meet with Sir Divish. During this meeting you can tell the truth or lie about the necessity of bribing the bandits - you can get 600 gold pieces from Sir Divish. Regardless of the dialogue options chosen, Henry will be appointed the governor of Pribyslawitz and is going to learn that he bears the responsibility of building the new village from scratch. Additionally, you can give Sir Divish a full report on the exploration of Pribyslawitz and ask for details of the village management.

Delivery of the announcement 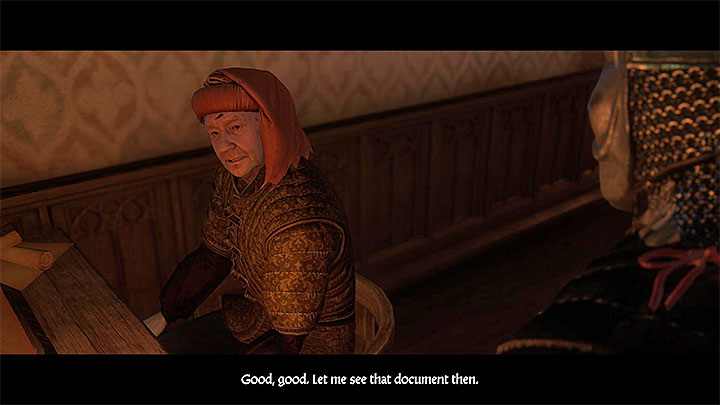 From Sir Divish you will receive a Bailiff's Mace and a Sir Divish's Announcement. The latter item must be delivered to the Bailiff in Rattay. As a reminder, you can meet him during the day walking around the city center or working in an office in the Rathaus. After the document is delivered, follow the ruler to the main square in Rattay, where he will share the content of the notice with all residents. He will also invite refugees from Skalitz to start a new life in Pribyslawitz. The new quest A Place to Call Home will start.