From the Ashes is the first big expansion set to Kingdom Come: Deliverance. It is not a separate and standalone adventure, but a story with additional content that gets combined with main campaign of the game. You can play the expansion only when you meet the requirements described below.

When I can start my adventure with From the Ashes? 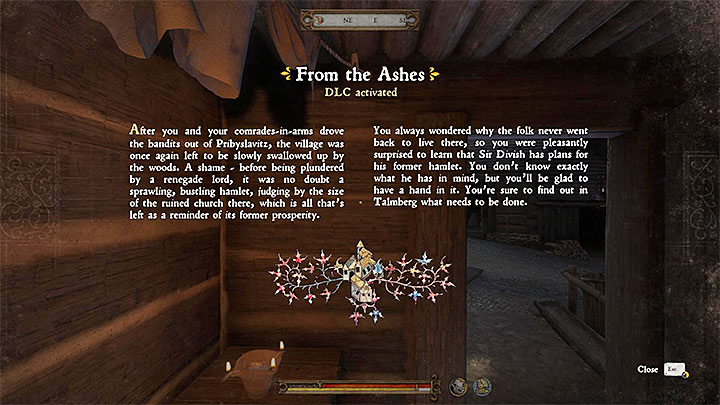 The content of From the Ashes is not available from the very beginning. In order to unlock it, you have to deal with Konus and Cumans from the village of Pribyslawitz, located in a forest, north of Talmberg. Securing the ruined village is a part of the main campaign quest Baptism of Fire.

After the game loads, you will be prompted about the possibility of checking the additional content of From the Ashes DLC expansion set.

Can I play From the Ashes DLC after completing the main quests?

Yes. Completing the final main game quests does not block access to the content of this expansion pack. To recall, the final part of the campaign begins with the main quest The Die is Cast, namely the moment when Henry enters the Fort Vranik. Since this action, the main quest have been completed one by one and you can't take part in any additional activities.

After completing the last main quest - An Oath is an Oath - it will be followed by the Epilogue quest. It is no longer necessary to take care of it. As a result, you may be interested in From the Ashes.

How to unlock the first quest of From the Ashes expansion set? 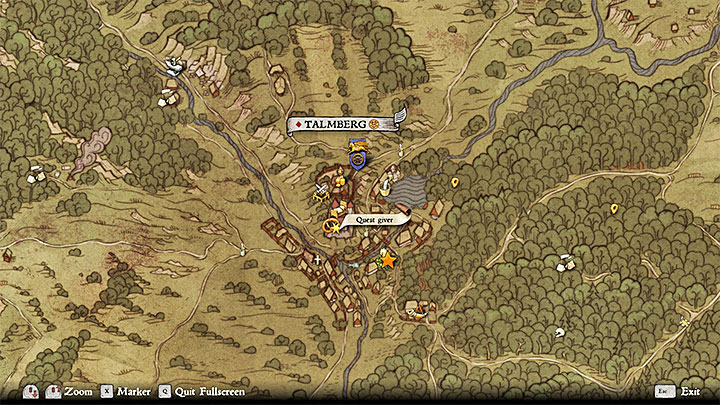 If you have met the requirements to unlock From the Ashes, there will be a new quest mark located on the map in Talmberg (check the above screenshot) - it indicates a person, who is Sir Divish. You need to talk to him about plans to rebuild the village of Pribyslawitz. This will unlock the new side quest - Lost in the Woods.

Additional note: You shouldn't play the content of From the Ashes expansion while having a low progress of the main campaign, i.e. just after you have completed the Baptism of Fire quest. This expansion emphasizes the reconstruction of the village of Pribyslawitz, which is why Henry will have to spend a great deal of money. When you start your adventure with the new content, it's a good idea to have at least 20000 gold pieces in stock, but that's just the beginning of your expenses. The reconstruction of the village will consume around 70000 gold, but the construction of certain buildings and search for new residents may cause the village to break even and finally get some income.

Important Note#2: If you started From the Ashes just after unlocking the Epilogue (i.e. after completing all the main quests), the situation in Talmberg where the fights took place may not return to normal immediately. If you cannot find Sir Divish anywhere in the Talmberg castle, wait 24 hours. Divish should return to performing his daily activities during this time.