The walkthrough below will help you obtain the Master Huntsman achievement the quickest way possible. The walkthroughs of both of the above quests can be found in the chapter dedicated to Talmberg's side quests. 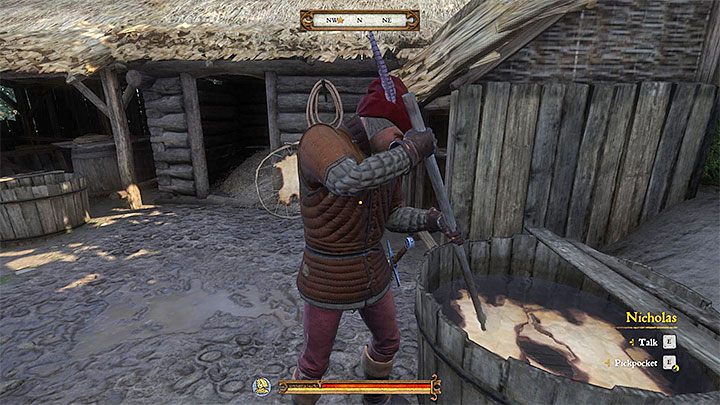 The current Master Huntsman, Nicholas, is living on a hill in Talmberg. He will give you the Hare Hunt quest, in which you have to find and stop the local poachers.

Step 2 - Find out more from Margaret 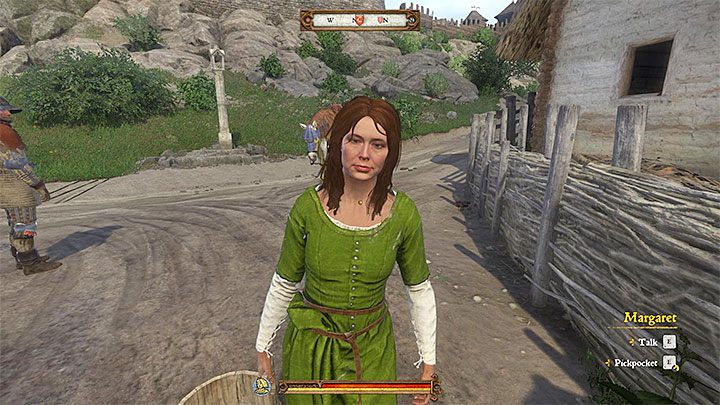 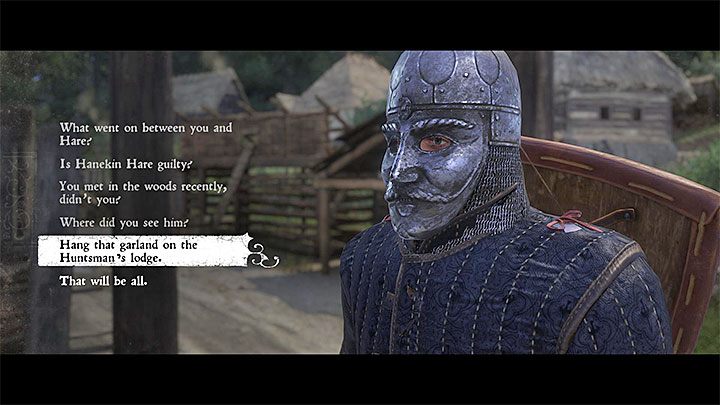 The investigation commissioned by Nicholas has many leads that you can examine, however, in order to obtain the trophy, you only need to investigate the one linked to the wife of the Master Huntsman - Margaret (picture 1). First, you can ask her about the townsfolk, which will allow you to learn that there's more going on between her and Hanekin that in seems.

If you can manage to gather enough information, you can use persuasion to accuse her of concealing the truth (she has 9 points). You will be able to ask her to arrange a meeting with Hanekin Hare (picture 2). Choose this option. 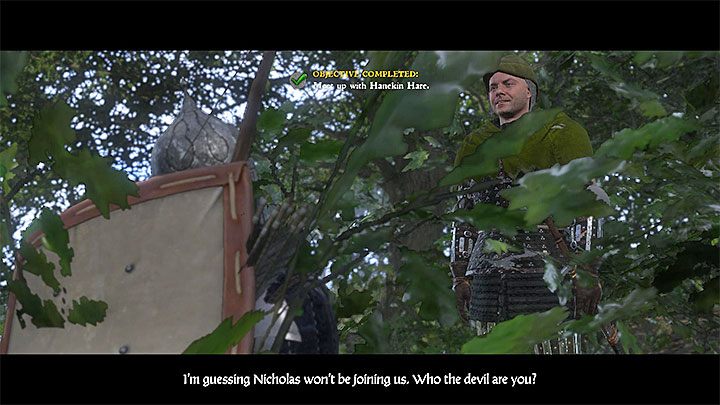 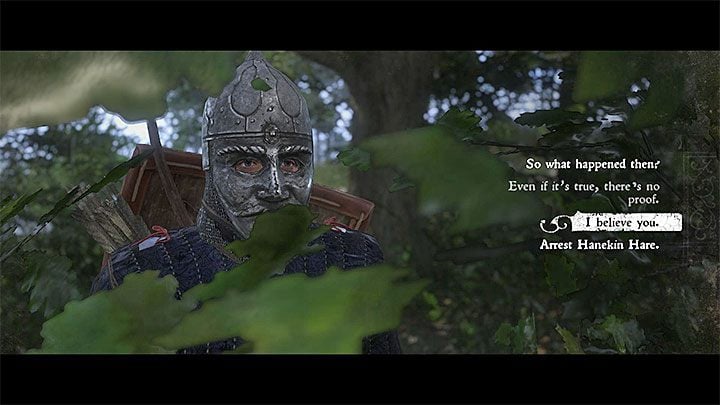 If you've convinced Margaret to help you, a marker will appear on the map, northeast of Talmberg, where you can meet Hanekin Hare. Find him and have a conversation (picture 1).

During the meeting with Hanekin Hare, don't attack him or try to arrest him. Listen to what he has to say, and tell him that you believe him (picture 2). This triggers the "Cherchez la Femme" side qiest. Go now to the place marked on the map, a small mine, to talk to Hanekin about the details of his plan. 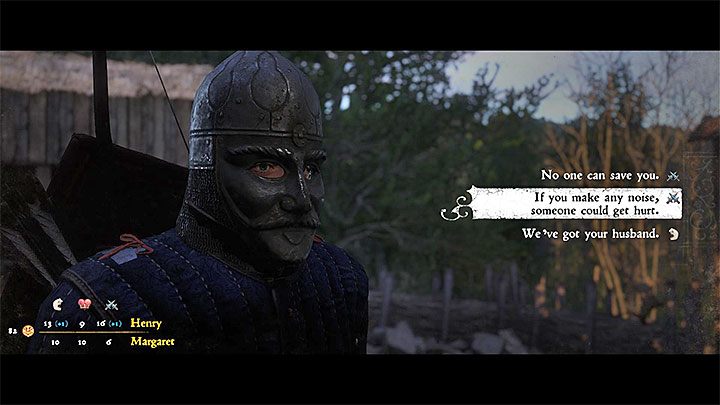 Hare's plan assumes the abduction of Margaret, the wife of the Master Huntsman. Go to his hut a dusk (that's when Nicholas leaves to go hunting - after hearing the hunter horn!). The estate is guarded by one person, though. You can try to sneak in, choke the guard out or defeat him in direct fight.

When it comes to Margaret, you can:

Note - you might want to have a Bard's Potion on you, just in case. 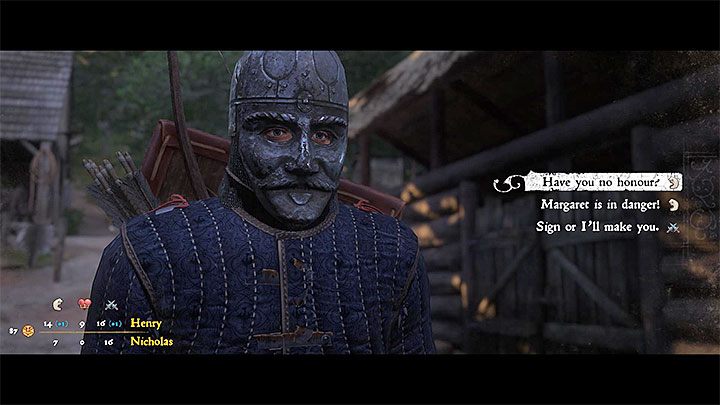 Return to Hare's hideout and listen to the rest of the plan. You have to force Nicholas to sing the Nicholas' testimony that Hare has prepared. You can achieve that by convincing him with persuasion (Nicholas has 7 points), intimidation (16 points) or by beating him (don't kill him though). 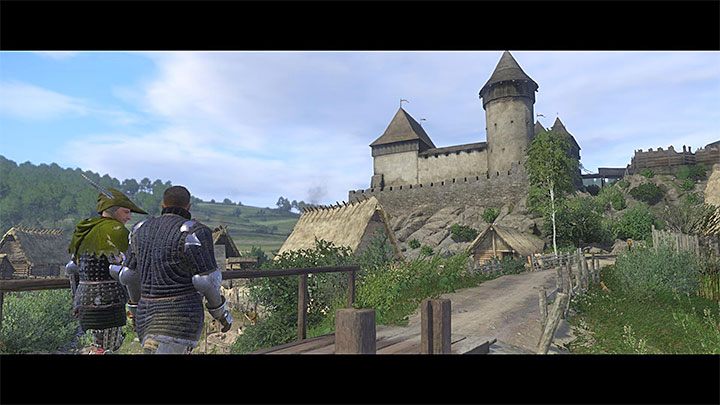 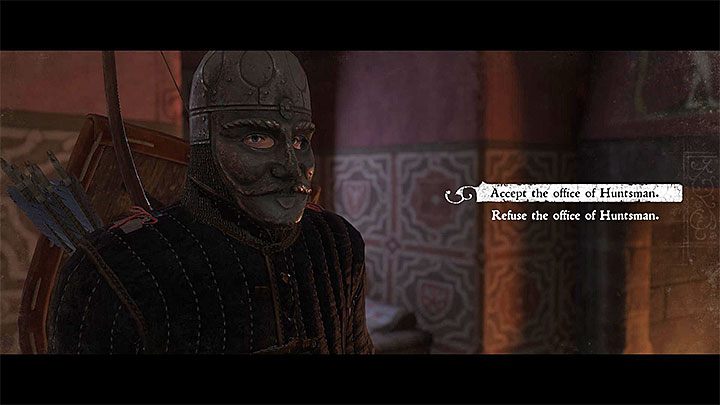 Meet Hare in the new location. Henry will go with him to the Talmberg castle to stand before Lord Divish and clear Hare's name (picture 1).

If you've made all the right choices, Henry will be named as the new Master Huntsman in Talmberg. Take the offer (picture 2), if you want to complete the achievement.