An Oath is an Oath is the final quest of the main plot of Kingdom Come: Deliverance. This task is entirely concerned with taking part in the siege on the Talmberg and regaining full control over it. Of course, this entails with the need to take part in many new battles.

Note: After completing this quest, the game will unlock an extra Epilogue. You will find a description of it in a separate section of this guide. 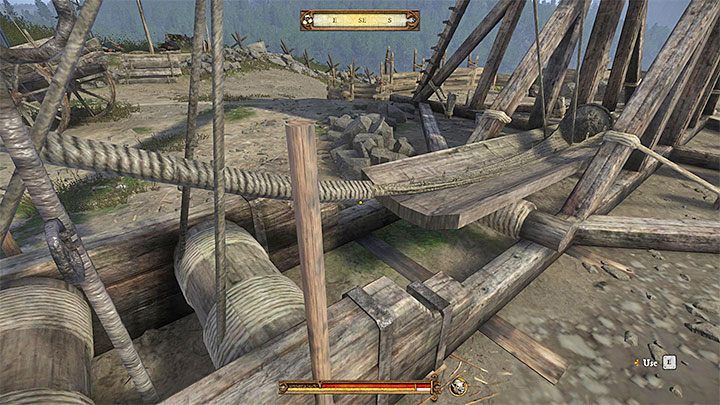 If Henry took some damage in previous battles, it is worth healing him. But you don't have to worry about unfinished side quests, because the game will allow you to deal with them after the main plot has been completed.

After the preparations have been completed, talk to Sir Divish (the selected dialog options are not very important). Reach the hill where the trebuchet is located and wait patiently for it to be loaded. After that pull the lever (as in the screenshot above). 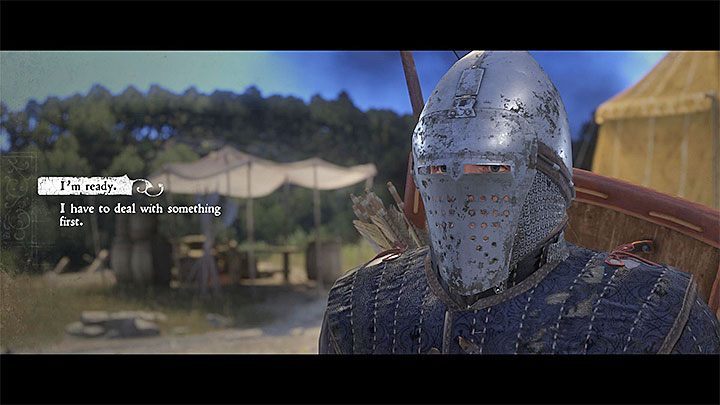 Talk to Sir Robard and you'll get 450 groschen. You must now wait about 2-3 days to finish the bombardment. It's best to rely on the option of accelerating the time and each time skip it by one day. The game will also pass the Siege quest.

Return to Sir Robard and talk to him again. During the talk you must be express that you're ready to participate in the siege (the moment of the decision is shown in the screenshot). In addition, you can ask the commander about the battle plan, but it is an optional task, because you can also handle the battle without it. 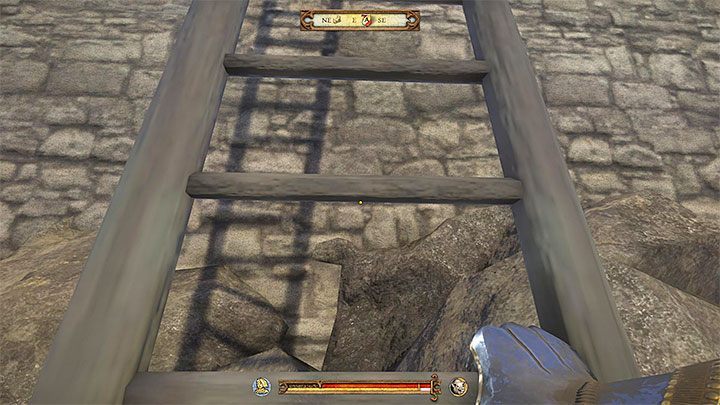 Embark behind allies and head towards the castle walls where ladders will be laid out. If you are going to actively participate in the battles, you can be one of the first people to climb the castle walls. If you plan to avoid fighting (due to the requirements of the Full Grace trophy) then let other soldiers to use the ladders. 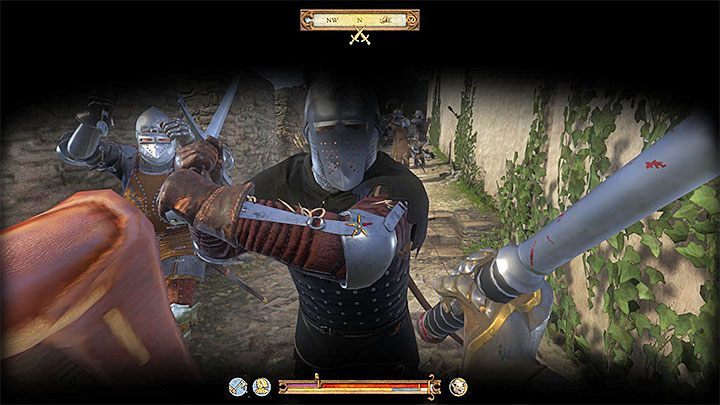 After climbing the walls, the first battles will begin. You can rely on very similar tactics and attack only those opponents who are focused on fighting with allies. It is also worth keeping in mind that archers are dangerous and should be eliminated first. Participation in fighting is optional, but then allied troops may lose their superiority in numbers over time. The good news is that the quest cannot be failed by bringing all of the allies to death. In battles, the hero is accompanied by Captain Bernard and he cannot die. 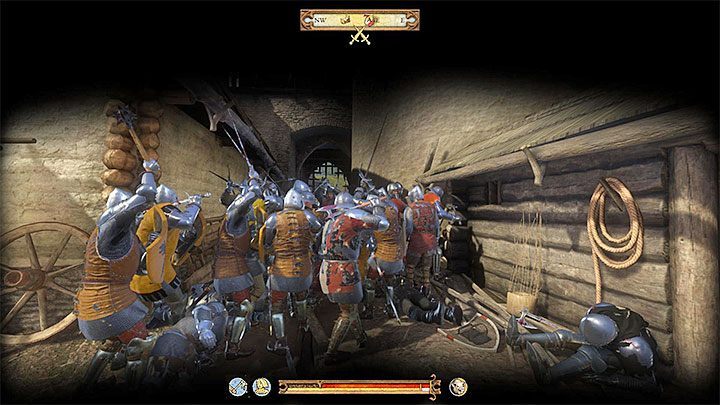 After dealing with all the opponents on the castle walls, the battle will transfer to the castle courtyard. Also in this case, start by checking whether there are any archers in the area yet. If there aren't too many allies left alive, move more, don't allow yourself to be surrounded by any group of enemies and let them fight with Captain Bernard.

Winning the battle will start a new cutscene. After watching it, set off with Sir Hans towards Skalitz. Caution - Sir Hans's horse can sometimes block itself on various obstacles. In such a situation, go a bit further or wait until it is "restored" to the main path. You will find Sir Radzig before reaching Skalitz and the scene from the meeting will end this quest.

Note: Do not interrupt the game as soon as the end captions are displayed. After watching (or omitting) them you will return to Rattay and the Epilogue will turn on.