Kingdom Come: Deliverance has a very long and extensive main plot, but despite completing it - you may still have many undiscovered attractions. Kingdom Come allows you to continue playing after completing all the quests of the main plot, but if you skipped side quests, they may then become inaccessible. Here is more valuable information on this matter. 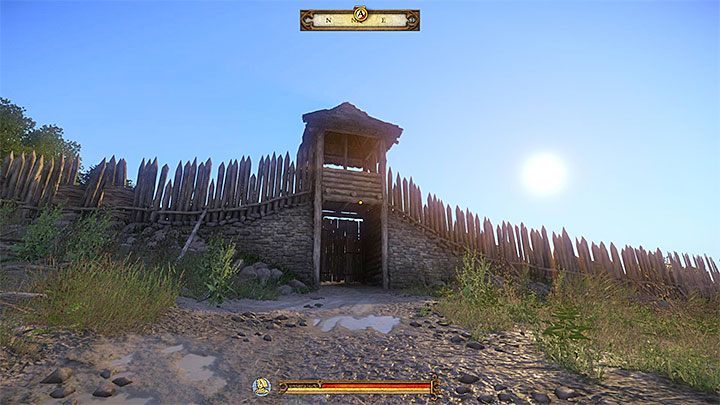 A very important piece of information is that the Kingdom Come has many bugs & errors. Leaving some side quests at the very end of the game can lead to various problems with completing them due to e. g. sudden death of an important NPC or the inability to talk to some important figure. To safeguard against these problems it's best to hold back with main plot progress after unlocking the quest The Die is Cast. Before you infiltrate fort Vranik (shown in the screenshot above) and take care of the next main quests, try to unlock all stars on the map and finish all side quests.

The game Kingdom Come: Deliverance has a very long and extensive main plot, but despite completing it, you may still have many attractions uncovered. Fortunately, you don't have to be afraid that all the major quests will end your adventure. Kingdom Come allows you to continue playing after completing all the tasks of the main plot. Here is more information on this subject.

After you finish the main quest - An Oath is An Oath and the game displays the final subtitles (you can skip them, you don't have to watch them all), an additional Epilogue will be activated. At this very moment, an autosave of the game will be created. After playing the epilogue, you can return to the adventure from this moment of the story and continue exploring the world - in such case, there is no need to complete the epilogue again. 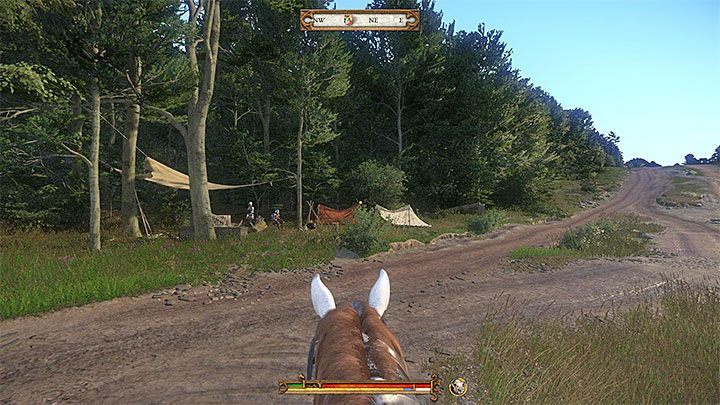 Second auto save will be created in the final stage of epilogue, specifically after reaching the depicted camp in the above screenshot. You can also choose to load the game from this point. 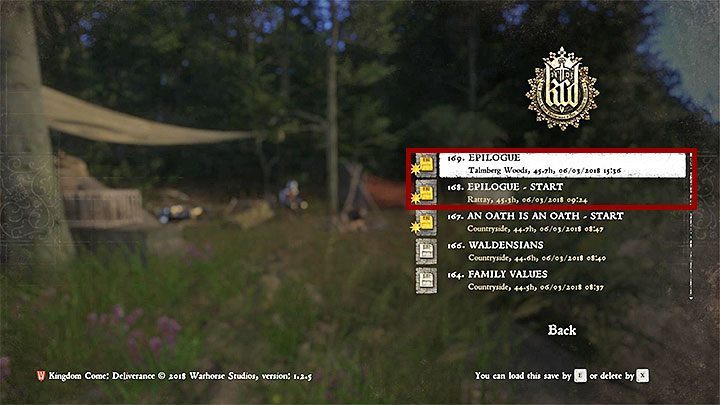 Both game states should be visible in the list by selecting an appropriate option from the main menu - as it is shown in the picture above. Depending on your choice, don't reach the upper castle in Rattay or meet with Hans to confirm your willingness to embark on a journey.