Night Raid is one of the main quests in Kingdom Come: Deliverance. During this mission Henry must sneak into the occupied Talmberg castle and save Lady Stephanie and Lord Radzig. Sadly, you won't find these characters even if you complete all mission objectives flawlessly and avoid detection.

Important note - This quest has a serious bug where the game doesn't update the mission objectives properly after reaching the hut where your allies are supposed to be kept inside. If that happens you have to restart and replay the entire quest hoping that you won't come across this problem again. There is also an alternate way to deal with this bug - you can raise the alarm and complete the quest differently (none of the important NPCs will die - Stephanie and Radzig aren't in the castle). 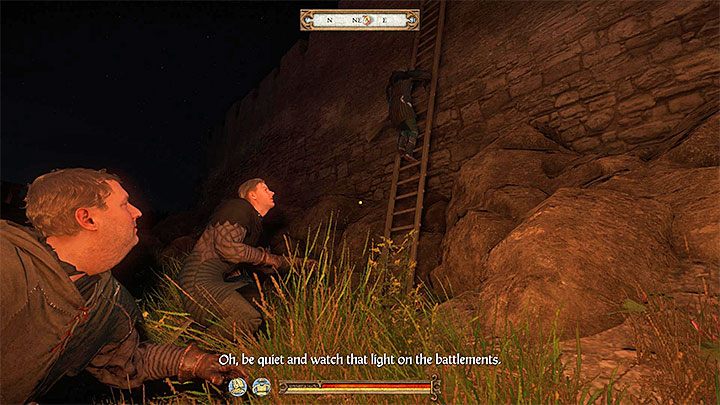 You don't have to make huge preparations for this quest. Simply remove all pieces of armor that make sound because Henry will have to sneak. Tell captain Robard that you are ready.

The game moves you near the castle. You can use a torch here but remember to hide the item when you climb on the walls. Wait for the mission objective to update and go up. There, you have to listen to the plan.

Note - From now on there is a risk that you will fail the infiltration by raising the alarm. When that happens you will have to run to the ladder before all the bandits reach you. Don't worry if that happens - either way, Henry won't find Stephanie and Radzig. 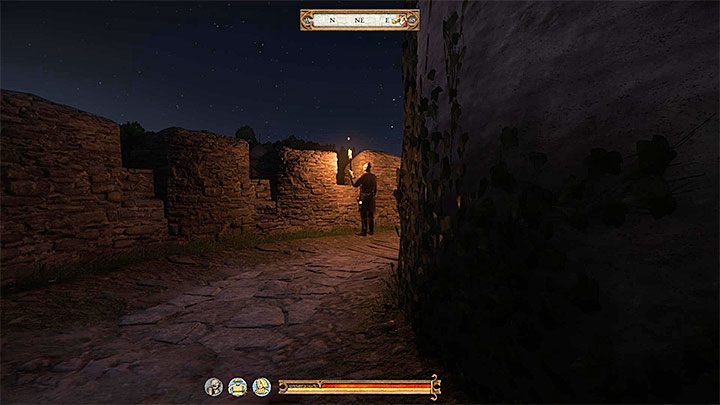 Start your infiltration by drinking a Saviour Schnapps. Go left. Approach the location with two bandits (see the picture). You can get rid of them but you have to be VERY CAREFUL. Wait for the bandits to go in different directions and attack the one closer to you.

Suffocate him, quickly pick up his body and carry it to your allies near the ladder. Wait for the second bandit to be in the same spot and eliminate him in the same way. You can finish off both bandits. 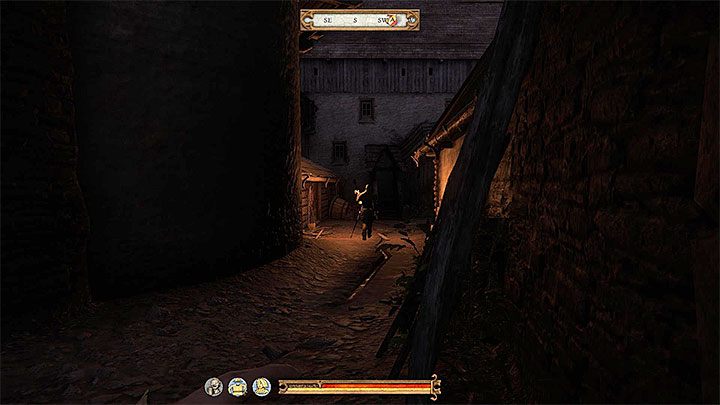 On the right from the bandits you can find stairs that lead down. Use them and drink another Saviour Schnapps. The area on the right is patrolled by two guards (see the picture). Wait for the one who walks around the yard to start moving away and quickly move towards said yard. 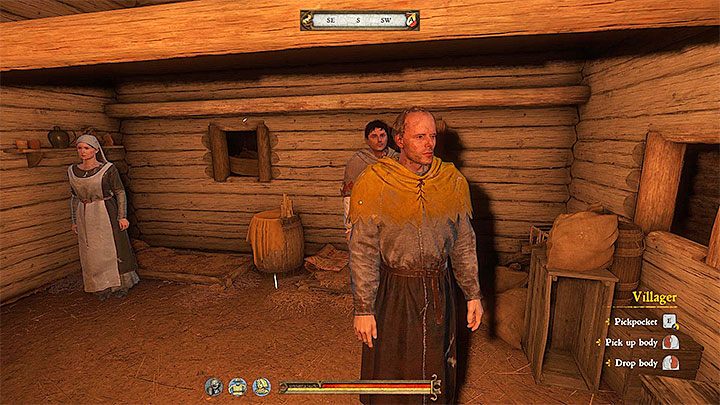 Turn right twice to avoid being detected (the bandit that walks around the yard and the one that moves between the floors). Sneak into the hut where Henry's bed is. Instead of Stephanie and Radzig, you will find a few villagers in the side room. Speak with one of them. After leaving the building you will see that Capon has been hurt. He needs help. Pick him up and go back to the ladder (use the same path).

The quest ends after raising the alarm or after determining that the hostages weren't in the castle. After that you start another main quest - Siege.