Out of the Frying Pan is one of the main quests in Kingdom Come: Deliverance. It is a short quest during which you have to recapture Talmberg castle. Henry must reach the mechanism that raises the portcullis. On your way you will encounter hostile warriors. 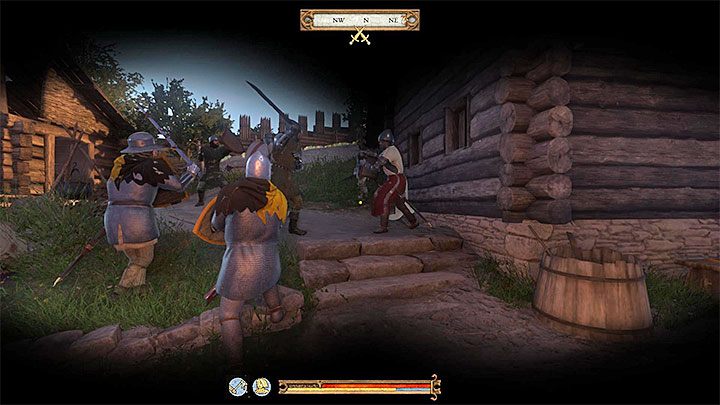 The quest starts with a new and smaller battle. Just like before, you can help your allies to defeat the enemies. Attack those who are already engaged in combat. You don't have to kill anyone to complete the quest and remember that by killing enemies you lose a chance to unlock Merciful achievement. 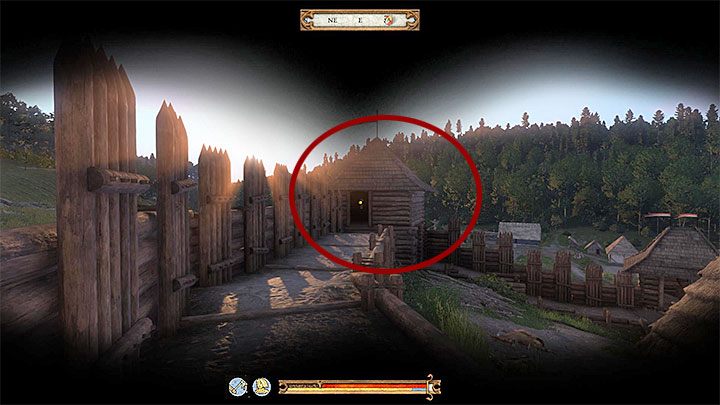 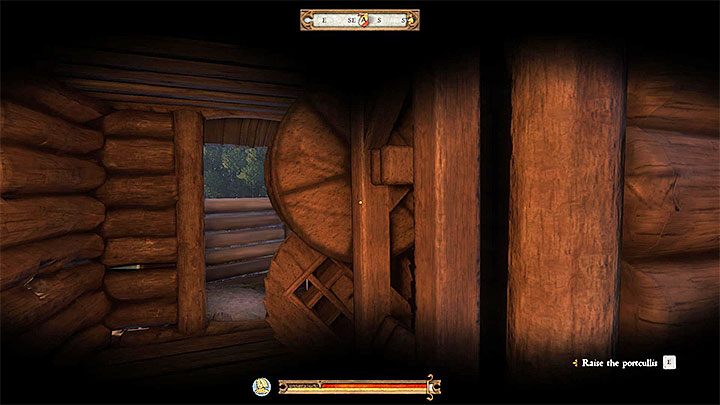 You have to reach the small tower located above the closed gate that leads to Talmberg - that place is presented in the picture 1. Get on the exterior walls and head towards the tower. Henry can encounter a few enemies.

You can either attack them, lure to your allies or run away. Your target is the mechanism presented in the picture 2. Use it to start a cut-scene. After that the quest ends. You receive Groschen and start another main quest - Night Raid.