Payback is one of the main quests in Kingdom Come: Deliverance. The most important part of this quest is the assault on fort Vranik. Henry can participate in it personally but the victory can be achieved without doing too much on the battlefield.

Note - Get 3 Saviour Schnapps before you go back to fort Vranik. Use them to save the game during more difficult parts so you will be able to avoid repeating bigger portions of this and another quests.

Captain Bernard waits for Henry near his room in Rattay. Start the new main quest immediately if you got your gear back during the previous quest. If not, Bernard will give you spare pieces of equipment. Take the key and go to the armory.

Reach Talmberg and meet with Sir Divish. The game takes you automatically to fort Vranik. Watch the cut-scene. After that a huge battle will begin.

The assault on fort Vranik 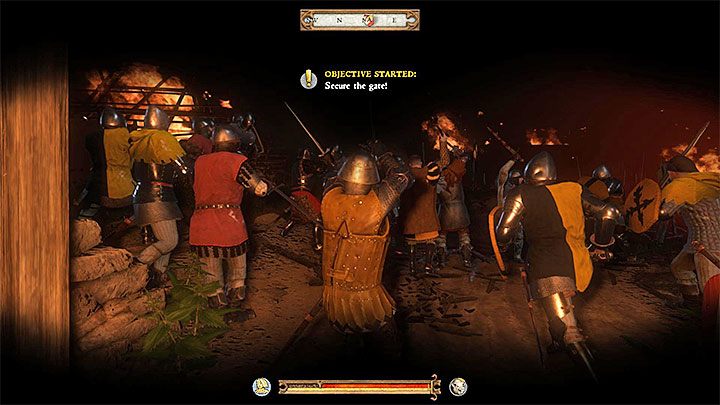 This battle has similar rules to the assault on Pribyslavitz that happed during one of the previous quests. Here are the most important information and tips:

The battle takes place during a night - use a one-handed weapon so Henry will be able to hold a torch in his second hand.

Your allies should win the battle even if you don't help them. Don't attack enemies if your gear isn't of high-quality or if you want to get Merciful achievement for completing the game without killing anyone.

If you want to fight, you can attack those enemies who are busy with fighting with your allies. Attack them from behind or from a side.

The game won't save your progress after reaching any of the phases of the battle. Failing a quest means that you will have to replay the battle from the beginning. We recommend using a Saviour Schnapps right after starting the battle or after completing 1-2 of the initial stages.

Keep breaking through the parts of fort Vranik and always wait patiently for your allies to destroy a closed gate. The battle ends when every bandit in the fort is dead and after reaching Erik on top of the hill. 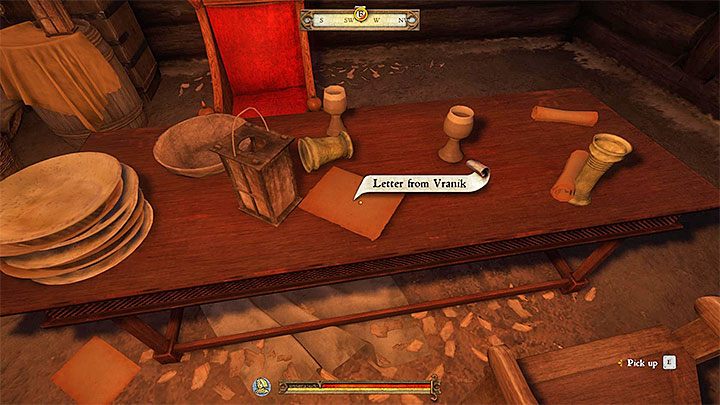 Use the chance to loot the bodies of the enemies. You can find a lot of Groschen as well as valuable pieces of armor and weapons that you can sell.

Reach the room where you met with Erik. Letter from Vranik lies on the table (see the picture). Take it to Sir Divish to complete this quest. You receive Groschen and start another main quest - Out of the Frying Pan.

Note - Take Erik's trunk keys from the table if you still didn't get your equipment back (the keys are hidden beneath the small barrel). Use them to open one of the locked chests.