Nest of Vipers is one of the main quests in Kingdom Come: Deliverance. During this mission Henry needs to sneak into a huge bandits' camp located in Pribyslavitz. Your main objective is to scout that area. However, you will also get a chance to sabotage the enemy. This can help you during the bigger battle that will take place in the next main quest.

Note - Get at least one Saviour Schnapps before you start this quest. You should also reduce the weight of Henry's and his horse's equipment because you get a chance to find and wear (heavy) pieces of Cuman armor.

Note #2 - Take 4 Poison bottles with you on this mission if you plan on making a "full" reconnaissance. You can get these items, e.g. from the herbalist who lives in the forest near Samopesh. She sells both Poison bottles and the recipe that can help you prepare this item yourself (after reaching an alchemy bench).

Find the bandits camp in Pribyslavitz 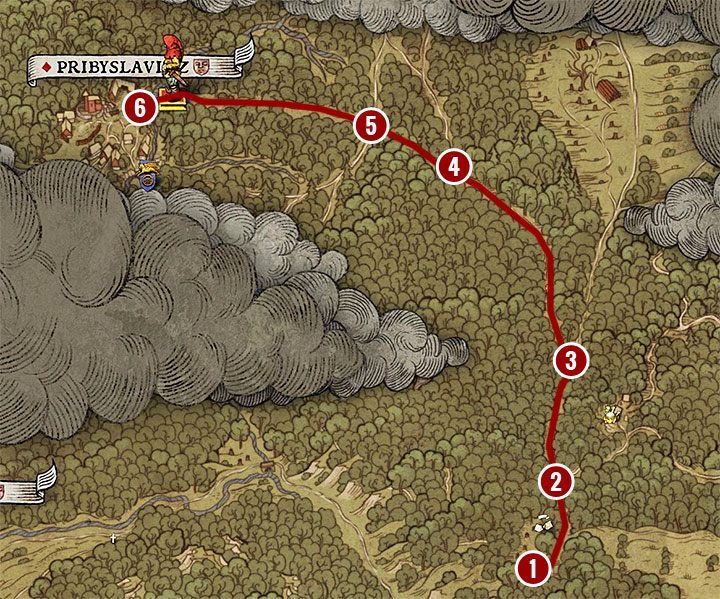 Depending on your decisions from the previous main quest you will either know the location of the enemy camp in Pribyslavitz or you will have to find it by following received hints. Regardless of that the best place to start your journey to the camp is the woodcutters' camp located north Talmberg - the point 1 on our map.

Scout the camp in Pribyslavitz 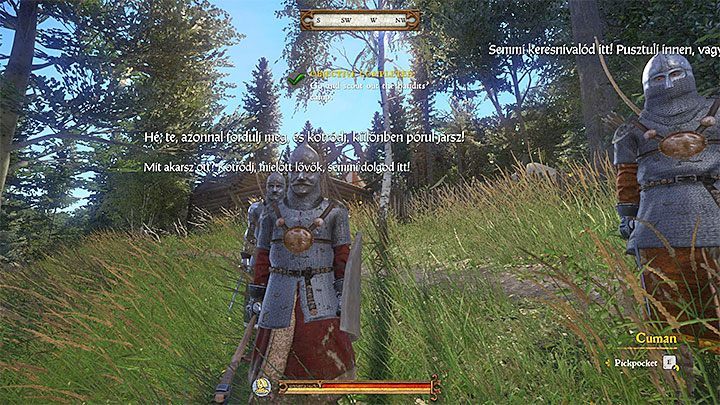 You should know about two things before you get closer to the camp in Pribyslavitz: 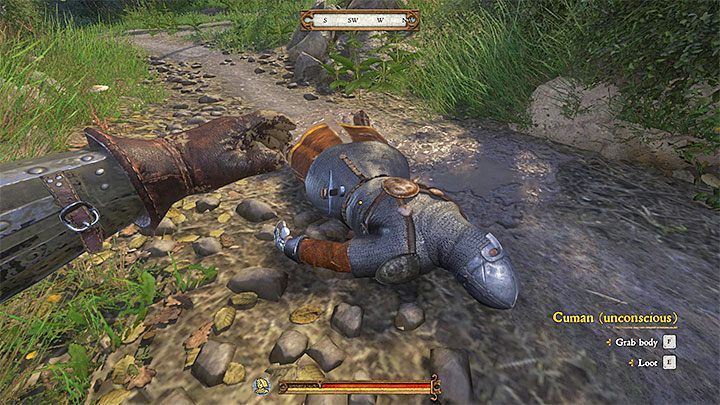 You don't have to scout the area at a specific time of a day. Completing this task during a day is possible but it can be more difficult even if you wear the disguise described below. We recommend waiting until a night. This reduces enemies' field of view. Also, some of them will go to sleep. 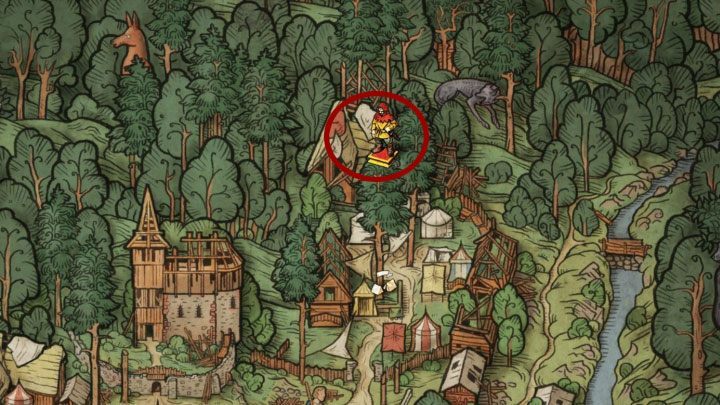 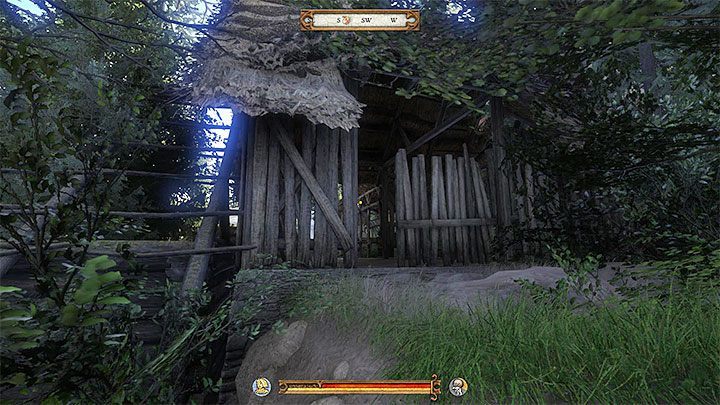 Note - You should drink a Saviour Schnapps after equipping the armor. You won't have to get the armor again if you are discovered by the enemies prematurely. 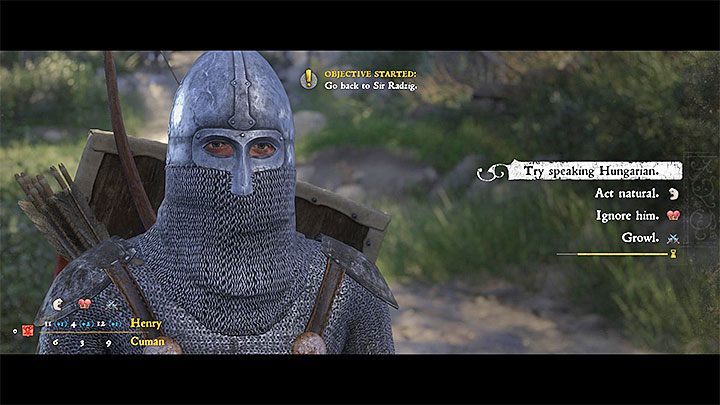 Thanks to the armor you can travel around the entire Pribyslavitz but:

Additional note - Failing at using one of the unique dialog options when you get caught won't trigger a fight. The only difference is that you won't get any Speech points. A fight can only happen when you choose "the standard" answer after using all three unique ones. 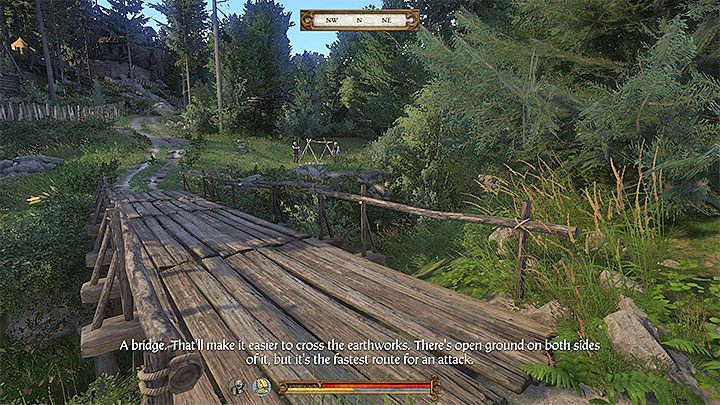 You can reach the locations in Pribyslavitz connected to the reconnaissance either while you are wearing a Cuman armor or without it. Henry comments his findings with one or a few sentences every time you reach one of those places (e.g. what protection can your allies get from a given location once they start assaulting this place). Try to examine the following parts of the camp:

Sabotaging the enemy camp in Pribyslavitz

Besides making the basic reconnaissance you can also decide to complete two optional objectives related to sabotaging the enemy camp. Completing them can reduce the enemy numbers as well as reduce the enemy archers' efficiency. 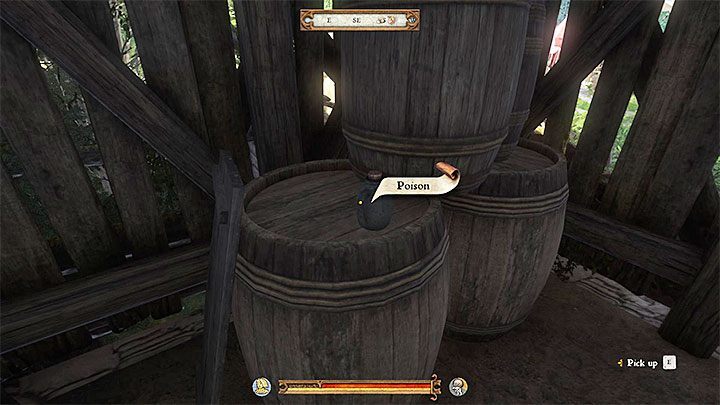 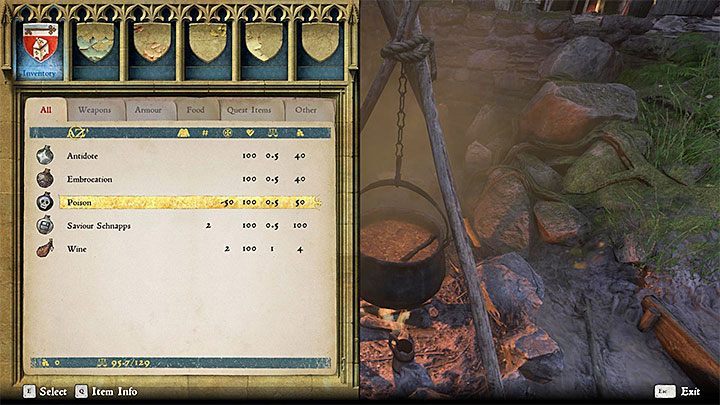 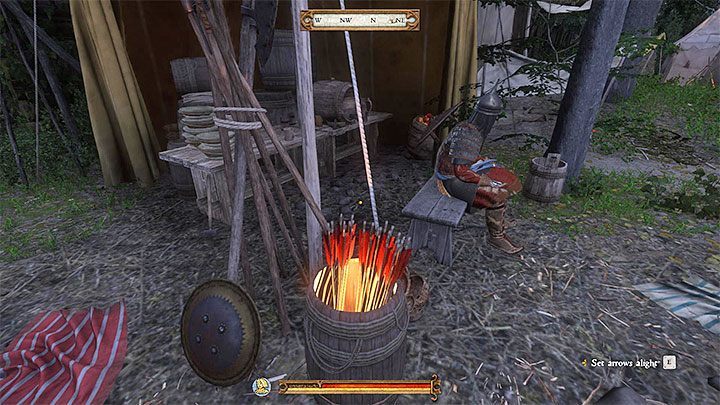 Give your report to Radzig 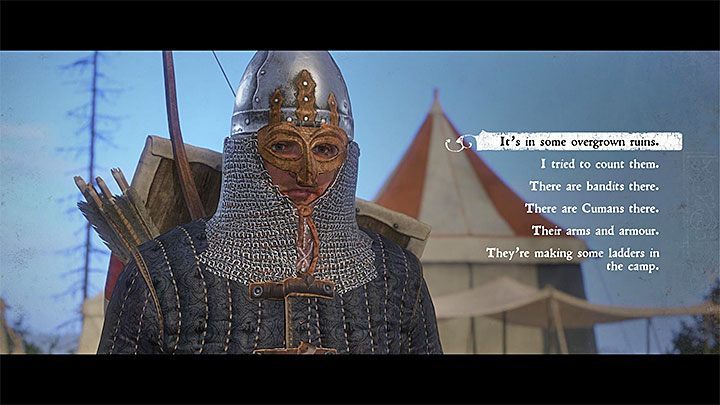 You can go back to Radzig after:

Start running away if you raise the alarm in the camp. Don't try to fight, you won't stand a chance. Keep running until you increase your distance from the enemies. Quickly call your horse, mount it and lose your pursuers. If you didn't get caught then you can leave this location at any moment.

During his report Henry can give his opinion on the following topics: 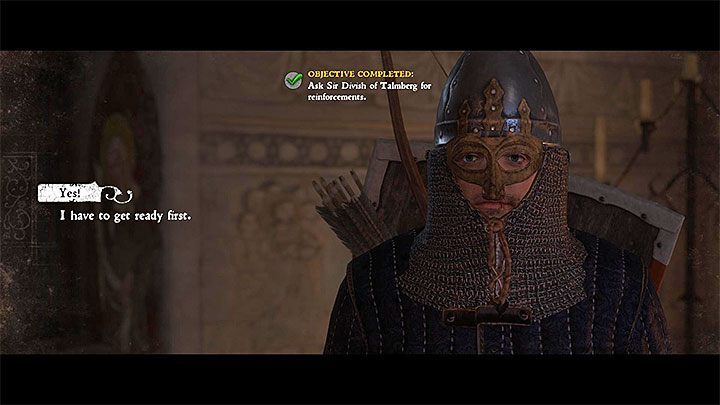