This page contains a list of side quests that can be unlocked in Neuhof. This village is located in the western part of the map and you visit it for the first time during The Hunt Begins main quest. Luckily, the attack on Neuhof doesn't mean that you will lose a chance to unlock its side quests.

The Sport of Kings

How to unlock: Speak with Zora in the Neuhof's stable. 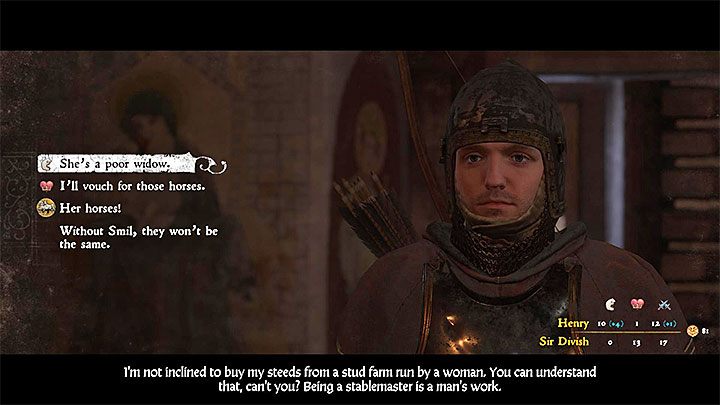 You can start this quest after completing The Hunt Begins main quest during which you run an investigation on a bandits' attack on Neuhof. Speak with Zora and you will learn about her problems with selling horses to Sir Divish after her husband's death. Offer Zora your help.

Get on the horse left by Zora and ride to Talmberg (you can also use the fast travel option). Reach the Talmberg's yard. Leave the horse and speak with Sir Divish. Suggest him a race that should prove the quality of Neuhof's horses. Divish has doubts about Zora's animals. The easiest way to change his opinion is to use a dialog line connected to either persuasion or Horsemanship ability (this line is only available if that skill as a high enough level). 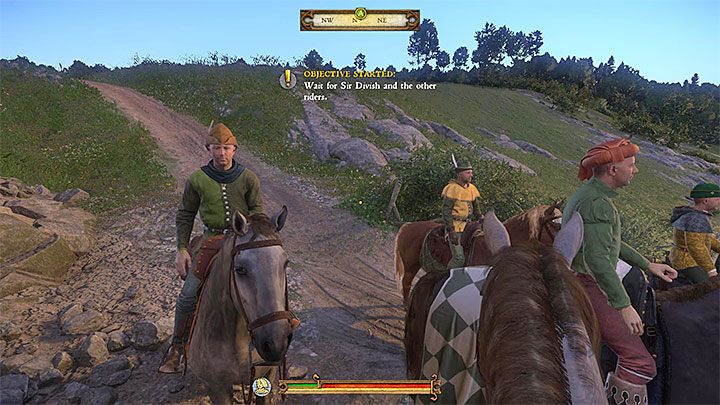 Go back to the yard and speak with stable boy about the race. You get a chance to prepare yourself before the race - you should do that. Check if your horse has the best horseshoes. Also, some of the perks can helpful you, e.g. Racehorse from Horsemanship category. You should unlock them before you start this quest.

Reach the starting spot near Talmberg when you are ready. Wait until noon. Everyone should arrive (don't miss that hour because you won't participate in the race). Drink a Saviour Schnapps before the race.

The race is divided into four parts and their objectives are all the same - reach the appointed checkpoint. A good idea is to quickly open your map each time you start a new part of the race. Thanks to that you will know where you have to go next. This can also help you plan your route. The checkpoints are: 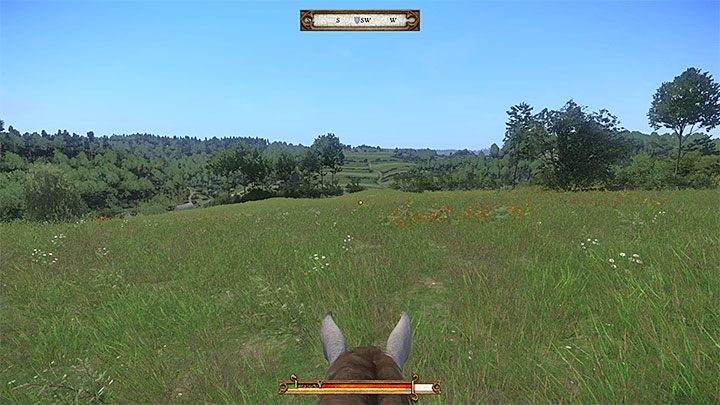 You can't win the race if you stick only to the main routes. The other contestants ride between the checkpoints flawlessly and they don't have to slow down as much as you have to in order to let their horses rest a little bit. The solution to that is to seek every opportunity to use shortcuts. You can test out this method shortly after starting the race by riding through the filed on the left (the only moment where you have to stick to the main route is when you are riding through the forest but even then, you have to do that only briefly).

The advantage of this solution is the fact that other contestants aren't using it. You not only get ahead of them but you also get a huge advantage. However, you have to be careful because hitting any of the obstacles on your path can cause you a lot of trouble. Avoid trees, bigger bushes (your horse can get stuck on them), fences, streams and other obstacles. 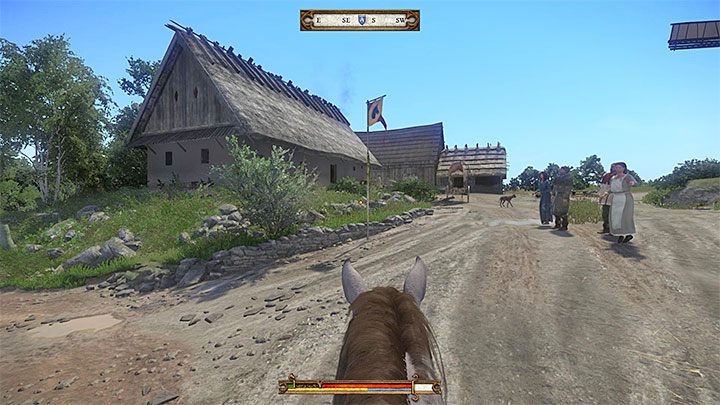 Get closer to a pole after reaching a checkpoint - Henry will automatically get a ribbon (you don't have to get off your horse or to press the interaction button). This is also a good method to regenerate your horse's stamina. Slow down for a while to let the animal's stamina bar regenerate completely or to get most of it back. Thanks to that you will be able to gallop throughout almost the entire time when you are riding to another ribbon. 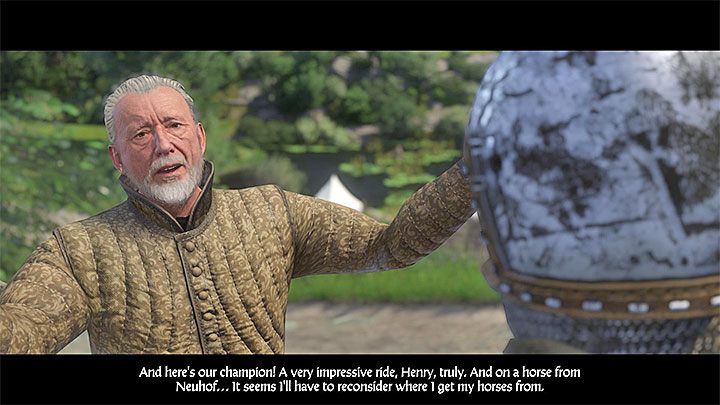 This quest can have a few different endings:

Go back to Zora in Neuhof and tell her about your results. A saddle for your horse is the reward for having the best result.

Note - This quest has a bug where Zora gives you 175 Groschen instead of a saddle. If you really want this item as your reward then wait with this quest until the game receives an update that fixes this bug.