Activities are smaller side quests available in Kingdom Come: Deliverance (you can recognize them by exclamation marks on your map). Below you can find a list of activities available in Talmberg and near the town (Henry reaches that place after completing the prologue, during Run! main quest).

How to unlock: Speak with Tanner Brada in Talmberg. 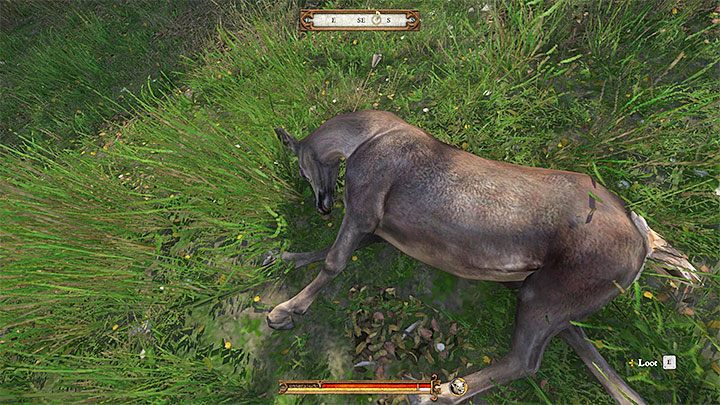 Brada the tanner has a farm in the west part of Talmberg. He can give you a quest during which you can bring him various animal skins (rabbits, does, boars).

You can complete the quest yourself in two ways. The first method is more obvious and presupposes going on hunting again. An important piece of information is that you need Tanner perk from the hunting category to take off skin from the animal bodies. After you have hunted an animal, go to its body and search it for a skin.

The second method assumes buying leather from other NPCs. You can visit a tanner from Rattay (his farm is adjacent to that of the Miller Peshek) or a tanner from the village of Ledetchko.

How to unlock: Talk with Sir Robard after finishing the activity Ruin.

First, complete all orders to get rid of the bandits for Captain Bernard as part of the Ruin (Rattay). Then meet with Sir Robard in Talmberg's Castle. You may receive a mission to get rid of the Cumans from the camps around Talmberg that he points out. Each time, Henry's task is to eliminate the leader of the Cuman marauders and gain his mask.

After each expedition, return to Sir Robard and collect the reward. After you have got rid of all the Cumans in the area, you can go to the Sasau Monastery and receive the Interlopers quest from Sir Sebastian (the local repairer). The main goal of this quest is to eliminate all bandits from the area surrounding the town of Sasau.

How to unlock: Talk with the Scribe after finishing a side quest Cherchez la Femme and after gaining the title of main huntsman of Talmberg. 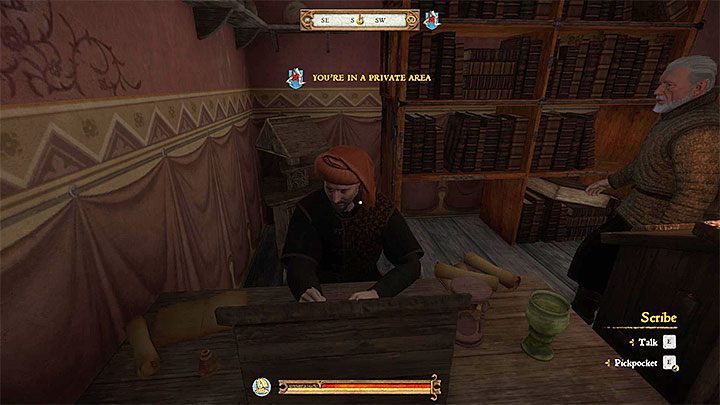 This activity will be unlocked only if you helped Hare in a side quest of Cherchez la Femme (the description is on the page with quests from Talmberg) and only if at the end of this quest you have accepted the proposal of being a new Talmberg huntsman. Talk to the Scribe at Talmberg's Castle to find out about the duties waiting for the leader of the hunters. Henry has to supply the village with different types of meat. This task is facilitated by the fact that you can easily collect the meat from the wild animals that you have killed, without the risk of being accused of poaching - you are now a Master Huntsman.