This page contains the list of side quests that can be unlocked in Uzhitz. This village is located in the north-east part of the map and you can visit it during Mysterious Ways main quest. You can also get there while you are exploring the game's world.

Mightier than the Sword

How to unlock: Speak with the Uzhitz's Scribe or with anyone else about reading lessons (you will be informed to visit the Scribe). 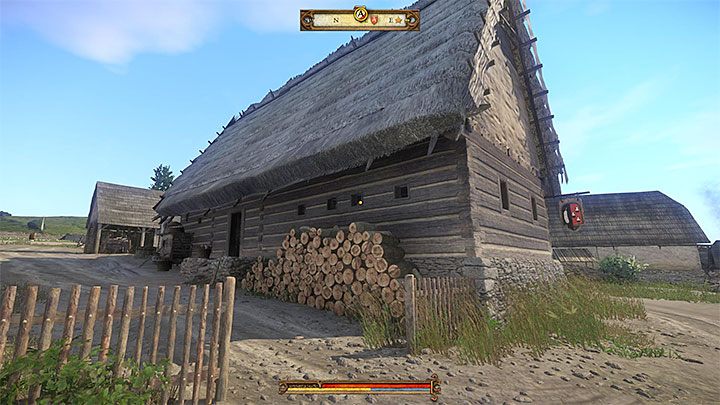 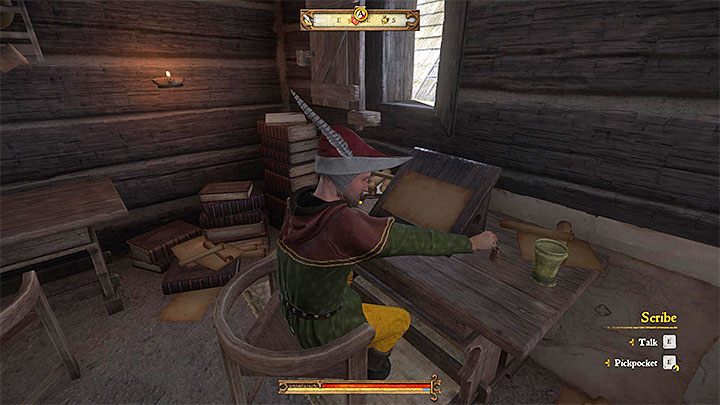 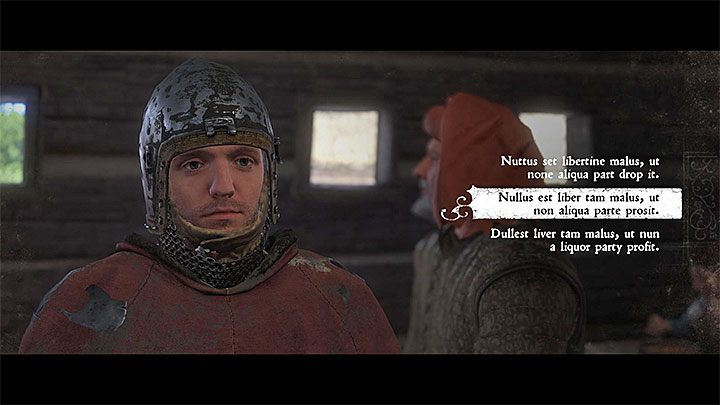 Playing with the Devil

How to unlock: Speak with Father Godwin in Uzhitz. 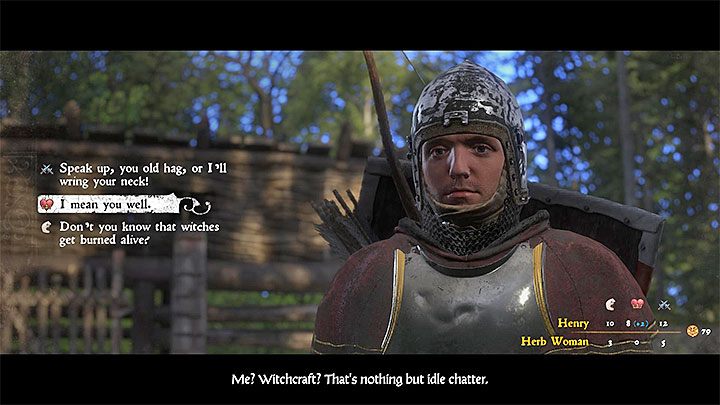 Meet with Father Godwin in Uzhitz (he should be either near the church or in the tavern) and ask him if he needs help with something. He gives you a quest - you have to investigate a problem of "magical" ointments used by a few women from the village. Godwin tells you to speak with "the witch", an herbalist called Gertrude. She lives in a hut in the forest located west from the village.

Go to Gertrude and speak with her. The best way to make her tell you the truth is to use either persuasion or to impress her. Speak about the ointment and promise her that you will help.

Additional note - You can get inside the herbalist's hut and break into her chest (easy lock). This allows you to get a recipe for Witch potion. This step isn't mandatory, you can complete the quest without getting it. 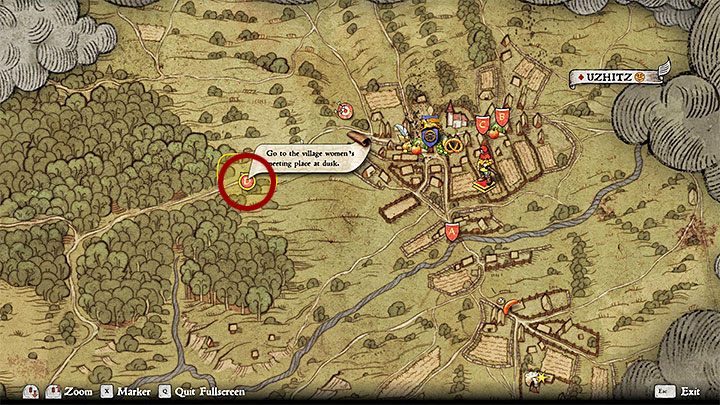 The game should add three markers on the Uzhitz's map that inform you about the locations of the women who got Gertrude's ointment. You have to meet only with one of them. During that conversation you can invoke either Gertrude or Father Godwin or you can try to use persuasion. That conversation can have two outcomes: 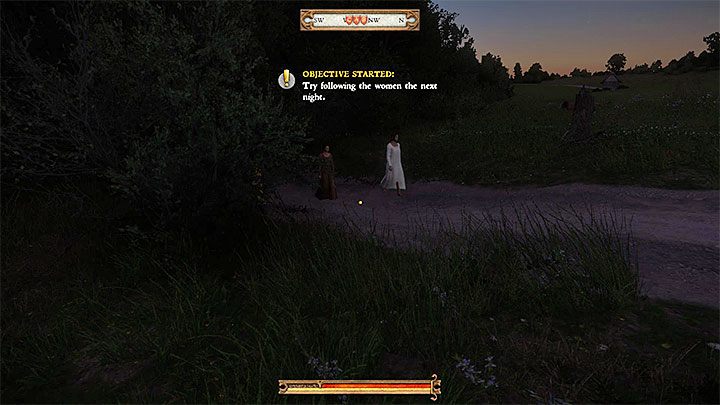 Carefully approach the place of the meeting place. From now on you can't be detected by them. Remove all pieces of armor and keep a safe distance. One of the villagers can approach you if Henry gets spotted. You can lie that, e.g. you were collecting herbs. Another "mistake" like that and the women will go back to their homes (this can also happen if you miss the meeting). You will have to try another day.

Start following the women by walking down the path but then go to the forest. Remember to keep your distance. You also can't get too close to their meeting spot in the forest. Stay away and listen to their conversation.

Participate in the ritual 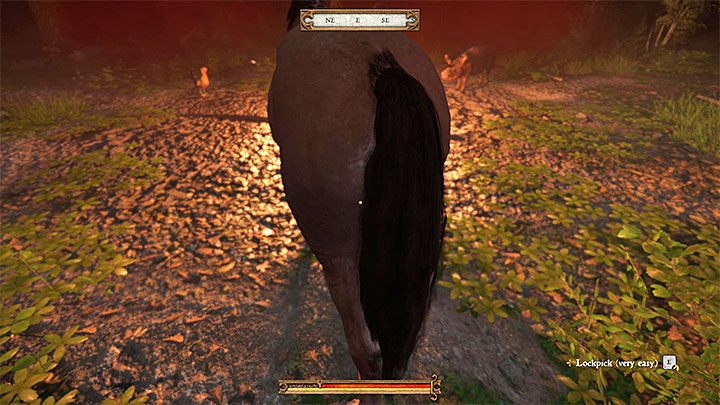 Approach the bonfire only after the women complete the first part of the ritual and you get a new mission objective. The game plays a cut-scene during which Henry has hallucinations. Everyone turns into animals. Approach any of them from behind and... hold the button to start lockpicking (the picture).

The next hallucination features two Cumans. You can:

Go back to Father Godwin. You can also complete an optional step and return to the herbalist in the forest (do that when the quest disappears from your journal). Their reaction depends on your decision regarding the Cuman-woodcutters. Their death can lower your reputation in Uzhitz greatly and make it harder for you to meet with Father Godwin again which can happen during other quests.

The Horse That Bolted

How to unlock: Speak with Head Groom in the Uzhitz's stable. 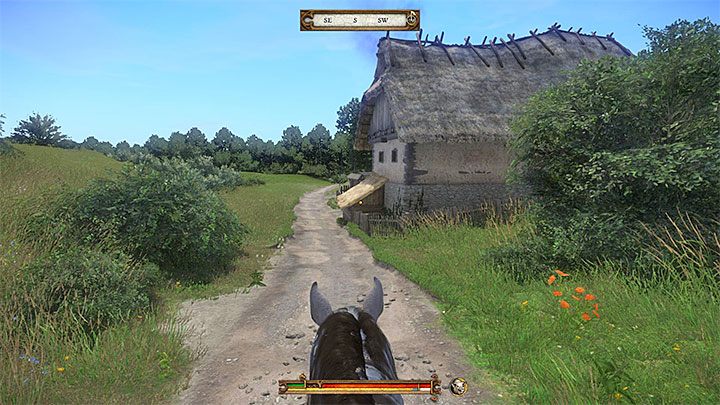 Find the Head Groom in the stable and ask him if he has a quest for you. You learn about a horse that has escaped. Agree to find the animal and bring it back to the stable. Start by meeting with Vashek - he was the one who fell from Pie's saddle.

Vashek gives you a few hints on where he lost the horse. Don't go to the crossroads located south-west from the stable because you don't have to examine that area at all. Instead, you should follow the main path after leaving the stable and go south. On your way you will come across the farm presented in the picture. You can complete an optional step and ask the villagers about the horse. They inform you that you have to keep going south. 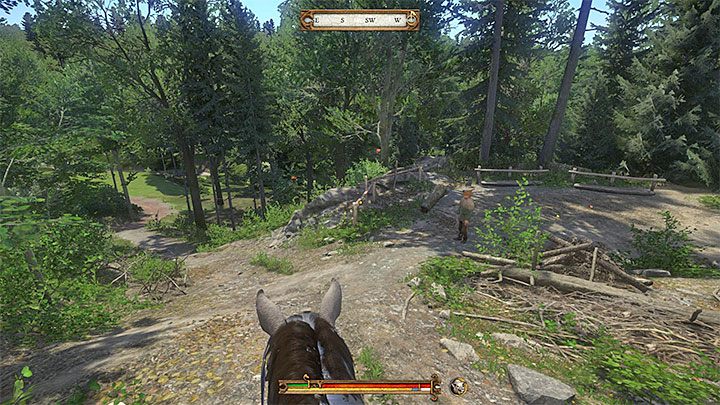 Stick to the main path that goes south. Another place where you can ask about Pie is the small camp in the forest presented in the picture. Speak with the traveler. You learn that you should look for the horse around the stream located south-east from this camp. Reach the river and follow it east. 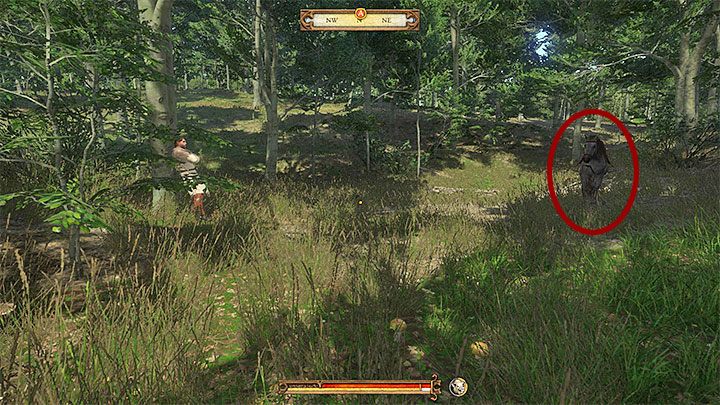 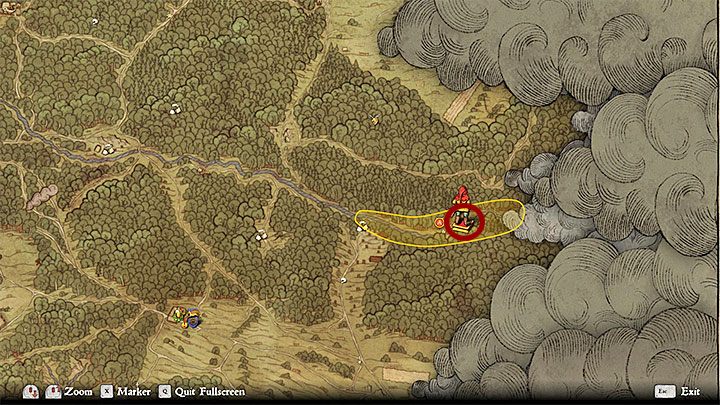 The pictures above show the location of Pie - the eastern part of the investigation area marked yellow on your map (far to the south from the stable in Uzhitz and north-east from "Inn in the Glade"). There is a charcoal-burner standing right next to it. Talk to him. He says that Pie is now his. This problem can be solved in a few ways:

You can now go back to the stable. Stop the horse anywhere in the stable and dismount it to complete the objective. Go to the Head Groom and collect your reward. You receive 69 Groschen and Caparison for your mount.