In Kingdom Come: Deliverance perks are unlockable attributes and skills upgrades. Each attribute and skill have a few perks connected to them. Unlock them by reaching new levels of a given stat (perks are unlocked every few levels). This means that getting them all won't be easy - this chapter can help you get the most useful ones. Below you can find a list of the most useful perks that can be unlocked at an early stage of the game. The description of each of the perks contains information about a related attribute and a required level (e.g. Pickpocketing at level 5). 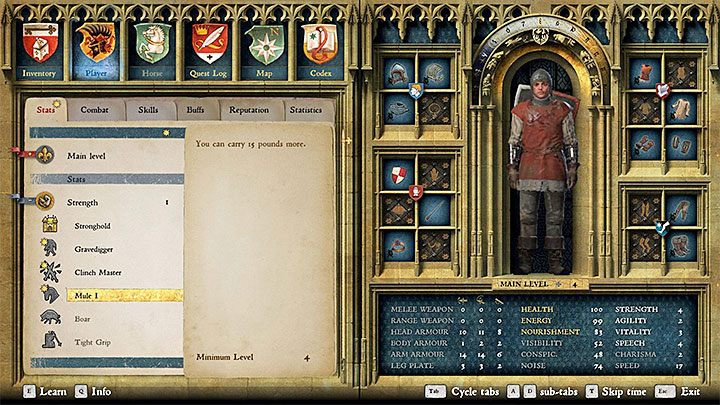 All Herbalism perks - try to improve this skill as quickly as possible by gathering herbs. Resistance perk (1 point) will permanently add +2 Vitality. Flower Power perk (5 points) gives you a +2 Charisma bonus if you have got enough fragrant herbs in your inventory (check the effects list to see if the perk is activated). Horsenip perk (5 points) will make your horse shy less and decrease the chance of falling off its back when spooked by enemies. Botanist perk (10 points) will grant you better prices when selling plants. Leg Day perk (10 points) makes herb-picking activity add experience to your Strength stat too.