Unexpected Visit is the first quest in the main storyline of Kingdom Come: Deliverance. It takes place exclusively in Skalitz. The quest offers a number of optional objectives and alternative solutions. Take a look at our description to learn them all.

Beginning of the game 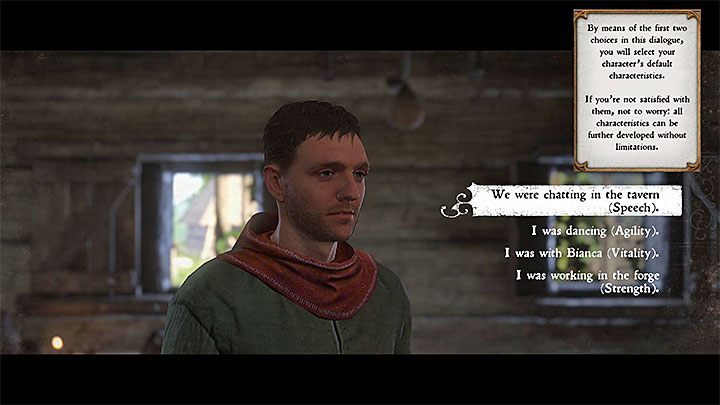 Talk to the guards standing in front of the castle gate. You'll be given a crossguard, required to craft a sword. 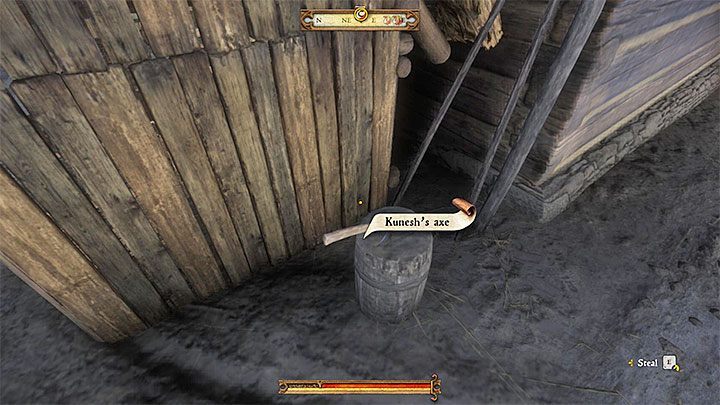 Kunesh can be found near his hut. Mention the appropriate topic during the conversation. To solve the quest you can use the following options: 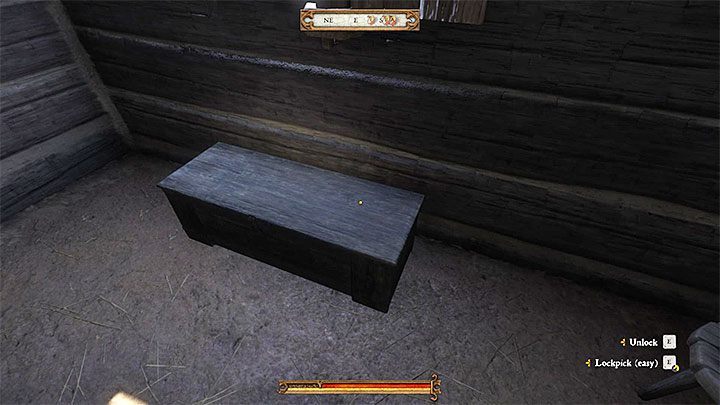 Acquiring the hammer and nails will be a bit more difficult, as they are contained in a locked chest inside Kunesh's hut. If you've succeeded with Persuading or Intimidating Kunesh, you may have the key to open it. Otherwise, meet up with your friends at the tavern (description below) and once again later, near Kunesh's hut. Then you can do one of the following:

You objective is to acquire the axe, the hammer, and the nails.

Buy charcoal at the market. 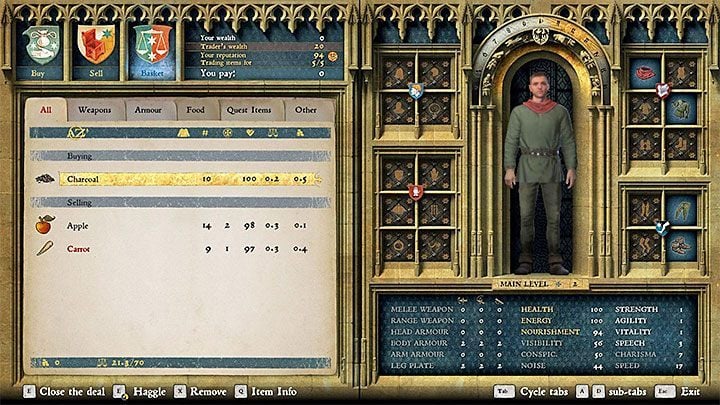 Go to the coal trader. Henry must buy 10 pieces of charcoal. Your character has no gold at the beginning of the game, but you can offer barter for some of the things you have in your inventory, e.g. the food from Henry's house. You can also try haggling to get a better price.

Meet with your friends at the tavern 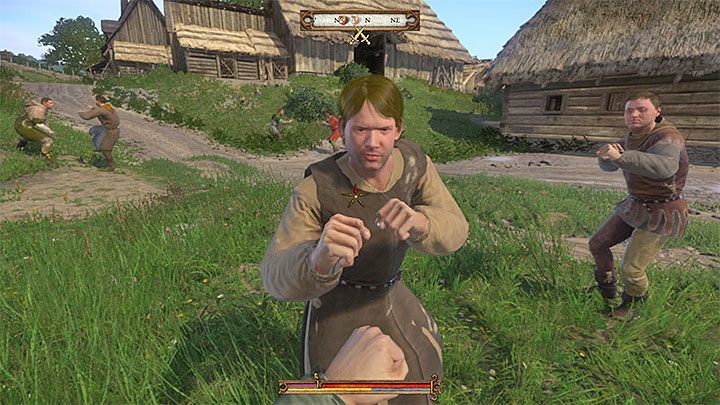 This objective doesn't show up in the journal initially. Having watched the cut-scene, decide whether you want to join your pals in their plan to fling dung at the Deutsch's house or decline the offer. If you've chosen the first option, go with them to the house.

Talk to Deutsch's wife to lure her away from the house. After another cut-scene, you'll be thrown into a brawl with Deutsch and his companions. You can attack them in any order. Distance yourself from the enemies when Henry's endurance bar drops to avoid permanent damage. After the fight is won, flee the place following your pals.

Flinging dung at the Deutsch's house may have two negative consequences. If you fail to escape the site on time, or run in the wrong direction, you may encounter a guard, who'll scold you. Later in the quest, you'll also learn that your father had a visit and a rather unpleasant conversation with the Deutsch.

Get Dad some Ale from the tavern

Go to the tavern and meet up with Bianca. She'll give you a Pitcher of Ale and 3 bottles of Saviour Schnapps. The alcohol is used to manually save the game, but don't waste it when completing this quest.

Go to the sword-fighting lesson 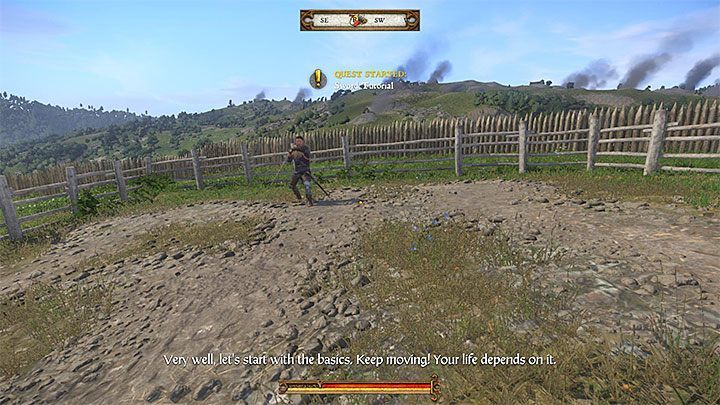 Speak with Combat Master Vanyek in the village and then meet him at the practice ring to the left of the castle. You'll have to complete a few basic combat lessons with a melee weapon. Listen to Vanyek's instructions as they appear on the screen. You'll learn how to move on the battlefield, lock the camera onto enemies, as well as how to execute basic attacks, secondary attacks, and combos.

Return to your father

Return to your father only after you've completed all the other mandatory quests. When Theresa appears, give her the nails you've taken from Kunesh. Soon, a long cut-scene will be triggered, which will complete this quest.