When playing Kingdom Come: Deliverance you have to remember that killing and stealing from others might have serious negative consequences - nonetheless, this happens only if you get caught red-handed. Below, you can find some information on how the guards can be alarmed of a crime committed by the main protagonist and how to act after you are caught. 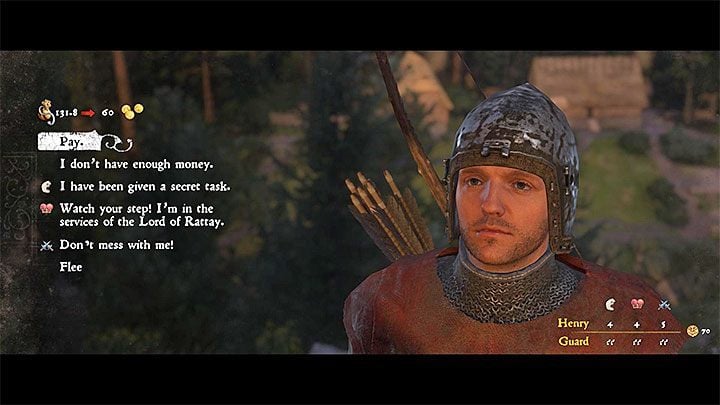 Two most serious crime categories in the game are attacking other people and theft. You can also get in trouble by entering someone's house uninvited or by walking through the city with a weapon pulled out (in that case you will receive a warning first). No matter the circumstances, the local guards might be alarmed when they saw the crime or when someone told them about it. Before each action that carries the risk of breaking the law, you should save the game. There is always a chance that somebody is watching you. Killing such person before he or she reports on you is very risky, as during the attempt to stop such person you may be seen by other characters.

If a crime you committed has been noted, you will be stopped by the guards the next time you visit the area of crime scene. There are several options of how you can approach this problem: