Combat is one of the most important and complex elements in Kingdom Come: Deliverance. Visit the training camp to learn the basics of combat. Below you can find the most important information about the combat system as well as various tips that can help you win duels and save your hero from serious wounds. 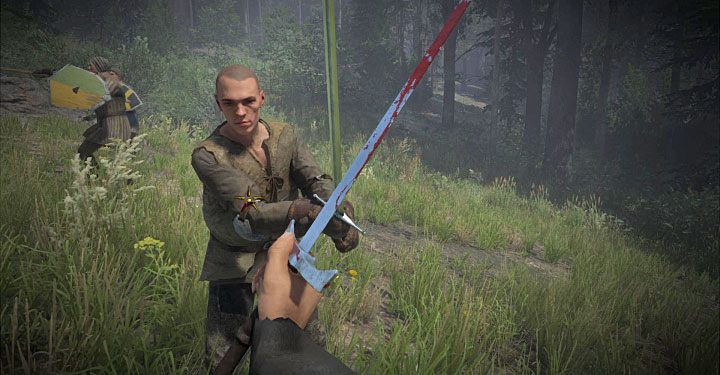 Kingdom Come: Deliverance offers multiple types of melee weapons. Remember about a few important factors when you are choosing a weapon for your character.

Kingdom Come: Deliverance also lets you use bows. Sadly, these weapons are rather problematic because the game wants to be as realistic as possible. This means that you don't get any crosshairs whatsoever. Practice a few times on a shooting range before you participate in real combat and learn arrows' trajectory. Bows are really useful in battles during where you are accompanied by other characters. This can give you more time to shoot before your foes focus their attention on you.

Important information - character's proficiency in using bow increase only if he uses this weapon to attack enemies or wild animals and while he is on the shooting range with a trainer. In case of all other situations (for example, shooting into the air with no specific target) it remains on the same level. 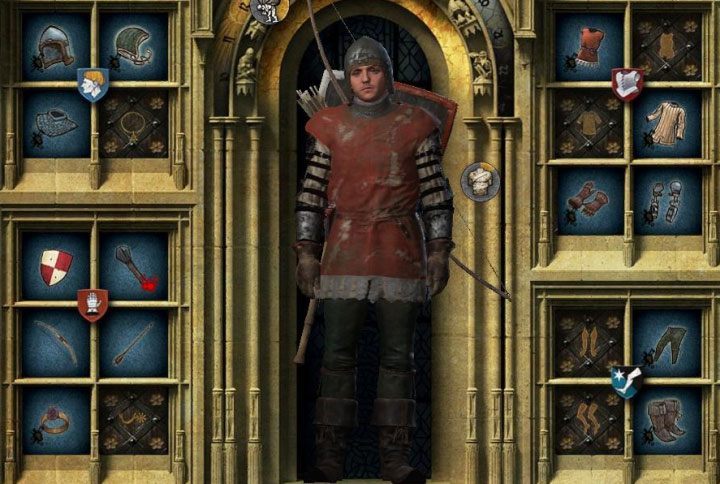 In Kingdom Come: Deliverance you don't wear only one layer of armor. Instead, you have multiple slots where you place different parts of armor (e.g. breastplate, gloves, boots or head piece). In general, armors in the game are divided into light, medium and heavy. Your hero doesn't have to wear pieces of gear only from one group. If you, e.g. think that a particular body part needs more protection then you can wear a heavier piece of armor while the rest can be from the light category.

Below you can find a few other tips regarding armors: 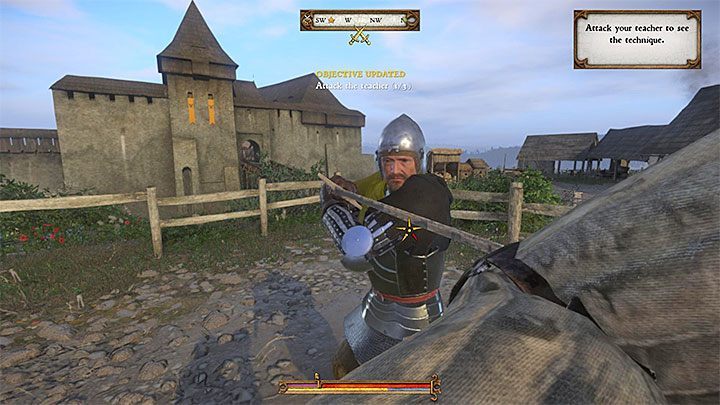 Swinging your sword blindly isn't a good idea in Kingdom Come: Deliverance. Using this tactic means that you should spend more time in the training camp (the first one is supervised by captain Bernard - you will meet him during the main quest. There, you can ask a trainer to teach you the most important moves and test you in a sparring which lets you try out moves without a fear that you will die. You should focus especially on learning the following moves:

Another very important combat element in Kingdom Come: Deliverance is to pay attention to both health and stamina bars. Never ignore them. Below you can find a few important information about the way they function and what are the consequences of depleting them:

Note - During fights you can notice another, purple, bar displayed on the bottom of your screen. This bar represents health of a currently "locked-on" enemy or the one you are facing at that particular moment. Thanks to that you can estimate your opponent's resistance and how much damage you have to deal to him. 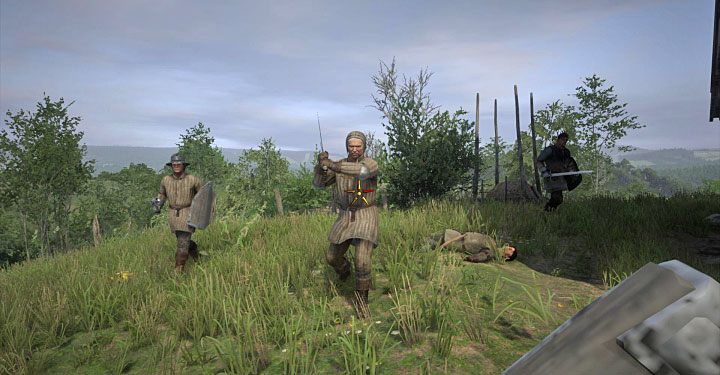 Combat in Kingdom Come: Deliverance works best when you are facing a single opponent. This gives you a full control over how and when you want to attack your enemy or when to fall back, plan your next move and wait for stamina to regenerate. Sadly, some of the fights require you to defeat a few enemies. This forces you to change your approach. Here you can find a few tips:

Escaping from a battlefield or surrendering 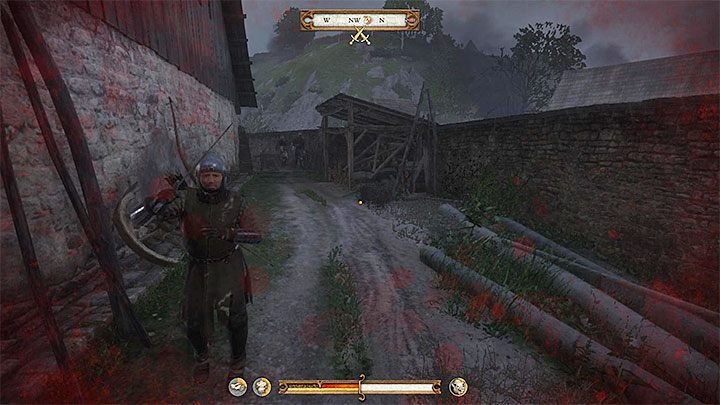 Important - you must surrender when you intend to initiate a meeting with the guard hunting on the protagonist. Only after that you can decide how to act (pay the price, go to jail, use persuasion etc). 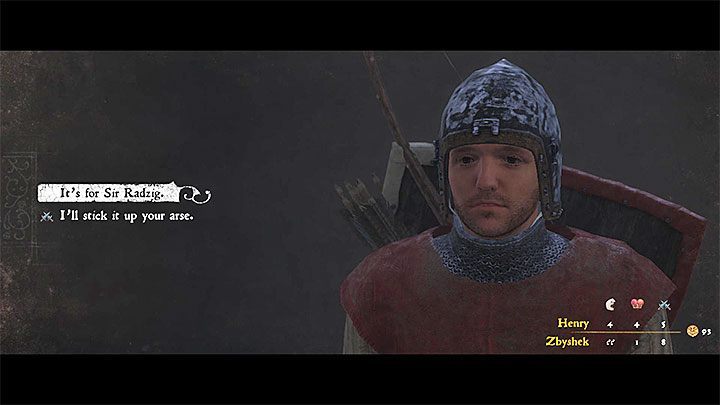 Some situations can even let you avoid combat altogether. This can be useful for encounters with strong enemies but you can also use this way of solving problems when you want to play as a character who relies on persuasion or you don't want to kill an important NPC.

The first thing that lets you avoid combat is stealth - thanks to this mechanic you can avoid groups of enemies or steal a quest item without alarming everyone. Remember to scout an area, wear clothes that make you harder to detect and, if possible, sneak at night.

Another way of avoiding confrontations is to use unique dialog lines connected to speech. You can do that when you meet a (potential) hostile character. If you succeed (at persuading, impressing, intimidating or bribing), you will change this character's mind. The result is that you won't be attacked by that NPC. However, you won't always succeed. Besides increasing your speech, you should also remember to save your game before each dangerous encounter. When that fails then you should try to use other available dialog lines.