This chapter contains a few tips and advice for Kingdom Come: Deliverance. They can help you survive the first few hours with the game. You can also learn how to solve some of the problems that are caused by the game's more realistic approach to certain elements.

You cant save your game freely

One of the biggest difficulties in Kingdom Come: Deliverance is that you can't save your game whenever you want. This has a great impact on the gameplay and it forces you to play the game in a certain way. You can save your progress by:

You should approach each quest with a mindset that you won't be able to repeat a given part with ease. Try to think hard before making a decision and prepare yourself before each risky action (e.g. pickpocketing or attacking bandits). As for free roaming the game's world - you should remember to go back to the places where you can save your game manually. Thanks to that you won't, e.g. lose your progress from the last few dozens of minutes by dying suddenly.

Note 1 - The game doesn't ask you if you want to "sacrifice" Saviour Schnapps to save your progress. Think twice before making a decision, especially during the first few hours where the game gives you only a few bottles.

Note 2 - The game has only 3 slots for manual saves - the oldest one is overwritten automatically whenever you are creating a new save. However, this doesn't include automatic saves that are created during quests.

Prepare yourself for each fight 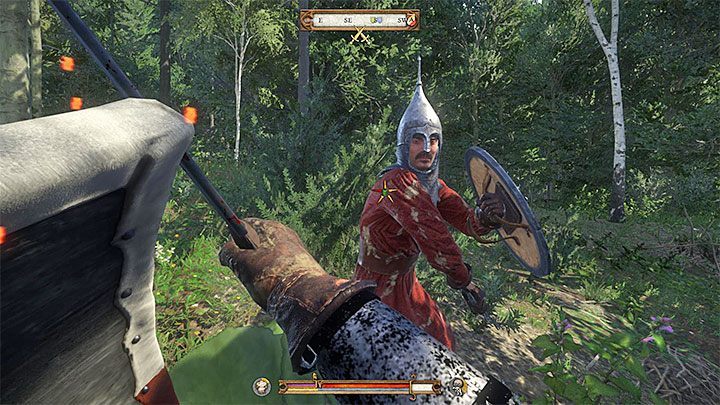 Your health does not regenerate during combat 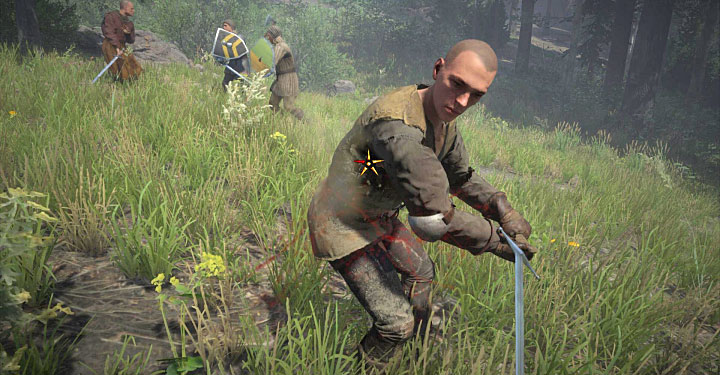 Take good care of your hero 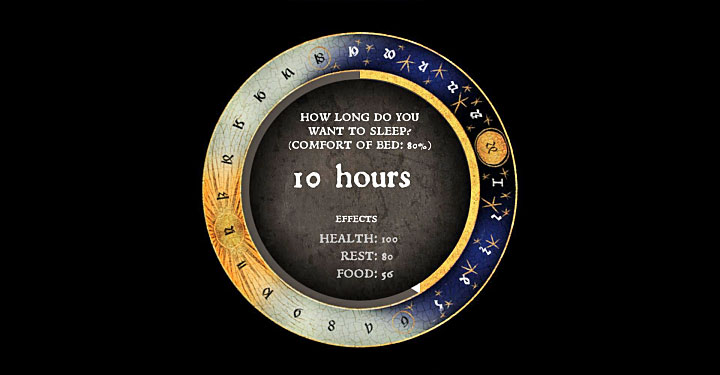 Additional note - You always have to pay for resting in an inn. Renting a bed for a single night costs 2 Groschen and it is the best solution. You can also pay 250 Groschen (or less if you haggle) and have a permanent place to rest. However, the price is too high when compared to the profits. A better idea is to return to any of the beds that belong to Henry and rest as much as you want for free. 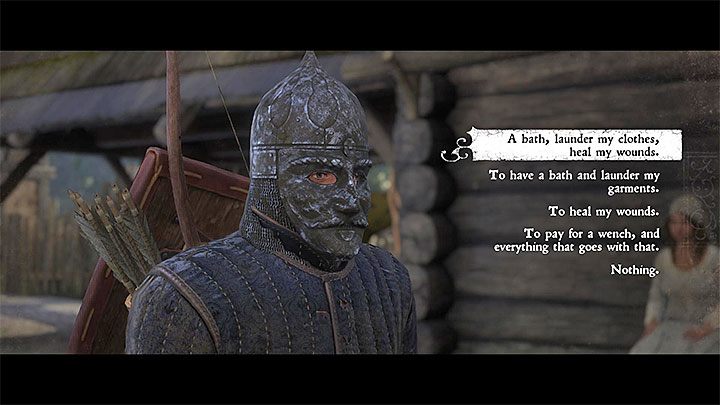 Another way of taking care of Henry's state of being is to visit bath houses (they can be found in most of the villages). One visit lets you regenerate a few different stats of your hero. Always remember to select the first dialog line from the list (the picture above shows an example). By spending 30 Groschen (or less if you haggle a bit) you can save your game, heal all wounds and restore both Energy and Nourishment stats to 100%.

The sooner you start upgrading Herbalism, the better 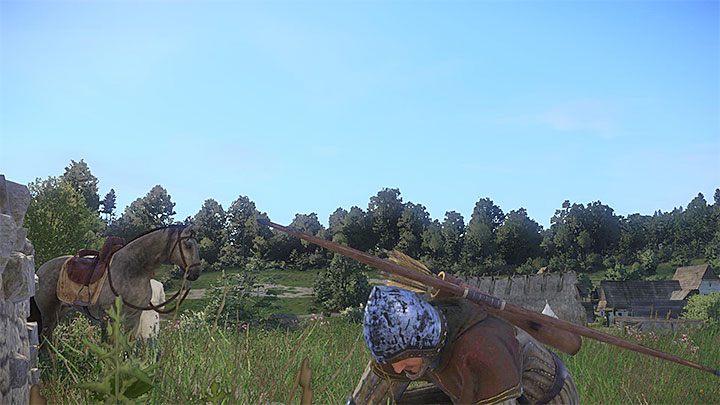 Stealing is profitable but you have to be cautious 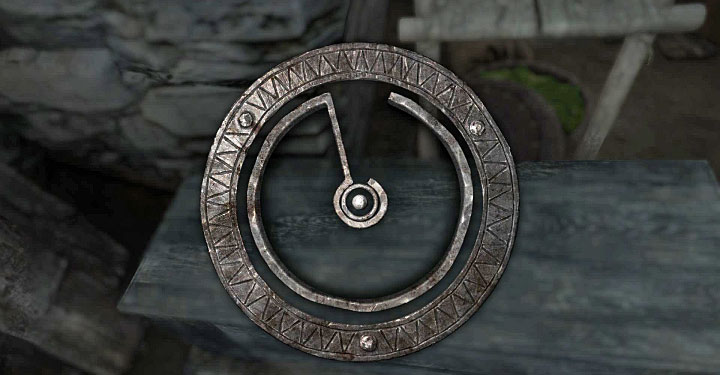 Remember - if you have got nothing against a more aggressive approach, you can sneak on other characters from behind and stun them or perform stealth kills (if you unlocked Stealth Kill - one of the Stealth perks). It will be much easier to rob a given person (fully when skipping the pickpocketing mini-game). However, your victim can successfully defend himself/herself and you may get yourself into greater trouble if you get spotted or you kill and important NPC by accident. 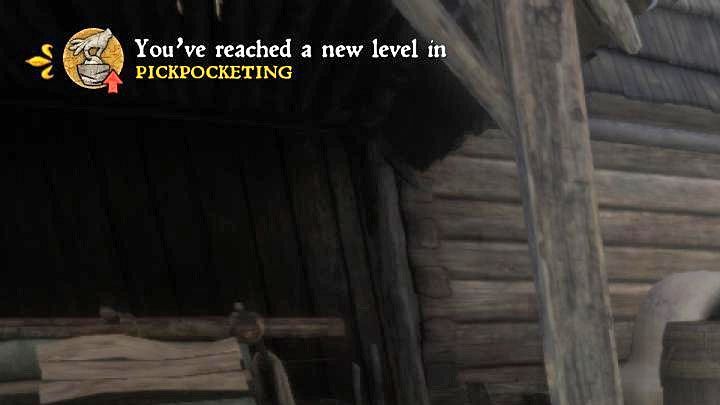 Character progression in Kingdom Come: Deliverance is done similarly to, e.g. Skyrim. You raise your character's stats by repeating certain actions. This is related to both main attributes (e.g. Strength or Speech) and all skills. Below you can find a few examples that explain how this mechanic works:

The game always informs you about that by displaying an information in the upper left corner of the screen - the picture above shows an example. You also get a chance to select a perk connected to that particular stat after each few levels. For example, after increasing your Strength to a certain level you can select a perk that lowers your stamina depletion while blocking and after developing your hunting skills you can select a perk that lets you get trophies from killed animals.

In the later part of the game you can meet trainers and pay for training that will increase certain stats. This mechanic resembles the games from Gothic or Risen series. A given trainer is specialized only in a certain field (e.g. a hunter will only have knowledge about hunting) and each training costs a lot of money. More about this topic can be found in the chapter dedicated to character progression. Don't waste your time on trainers during the first few hours - you won't be able to afford their training. Besides, the first few levels can be easily obtained by yourself.

Try to perform those actions that will improve your character in a desired way. Look for chances to open a locked chest, pickpocket others and sneak if you want to play as a skilled thief. Don't avoid fighting with weaker bandits and participate in arena fights if you want your character to become a mighty warrior.

Note 1 - Archery differs slightly from the rest of the combat skills. You can't increase it by shooting at the sky or, e.g. at a haystack. You have to attack enemies, hunt or visit archery trainers.

Note 2 - Initially, Pickpocketing and Reading skills are locked. Miller Peshek can teach you the basics of pickpocketing (you will meet him during the main storyline). Visit a scribe in Uzhitz to learn how to read (one of the side quests). 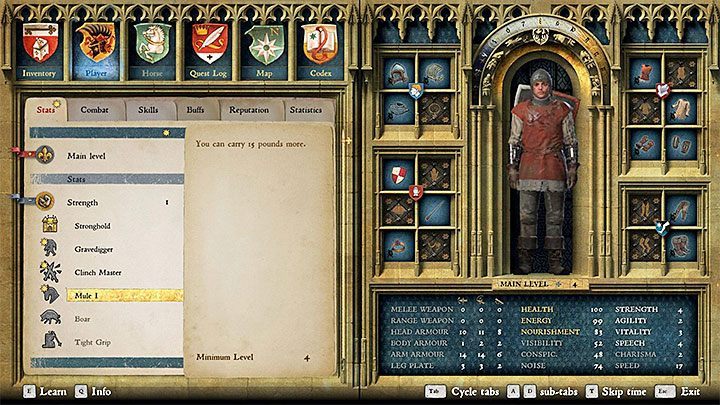 The weight limit in Kingdom Come: Deliverance is one of those things you have to keep in mind right from the start of the game. You can easily overlook it - the result is that your character won't be able to run. Moreover, with surpassed weight limit your character is much slower in combat. If you exceed the maximum weight limit, you should always try to solve this issue as soon as possible.

The easiest way to exceed the max weight limit is by putting too many armor pieces in your inventory. Try carrying only one of each armor piece (e.g. breastplate, gloves). A similar limitation should be applied to weapons. It is best to carry only two cold steel weapons (to choose from depending on enemies' arms), and one bow together with one shield as an option. That is not all, as there are other objects that can be very heavy. Don't carry too much e.g. food.

The easiest way of dealing with this problem is to move items from your inventory to any of your hero's stashes (these chests are located next to all beds owned by Henry and in inns after buying a bed). You can also place items in your horse's inventory (the first horse is "unlocked" after completing the first few main quests). Decide what to do with the unnecessary items after both inventories are full. You can use some consumables, throw certain items away, or sell them at particular vendors.

The weight limit doesn't remain the same throughout the entire game. You can increase it by developing Strength. You can also unlock perks from the Mule group which can increase your weight limit even further. The first perk from this group can be bought at an early stage of the game.

Most of the quests can be completed in multiple ways 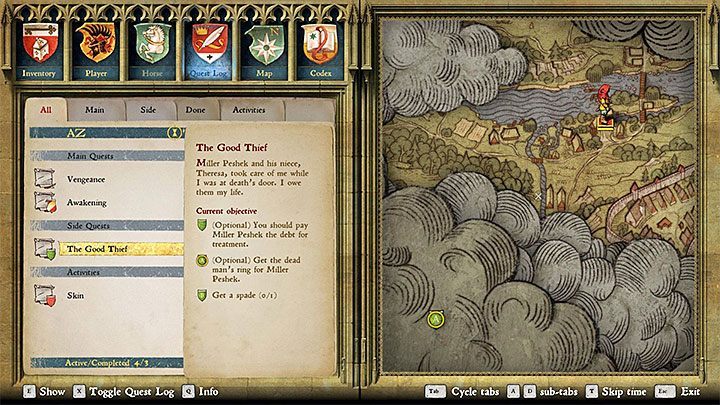 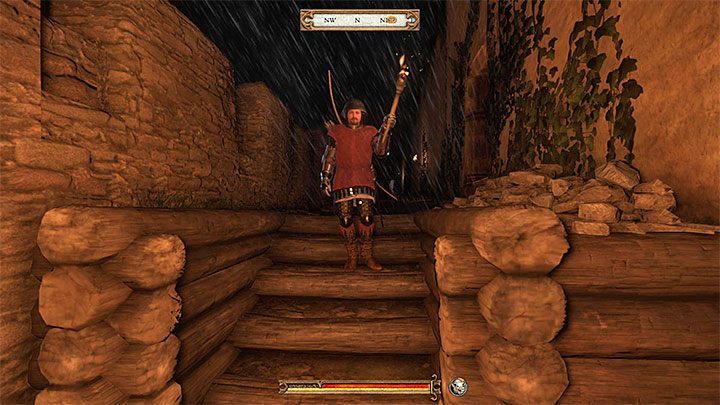 Additional note - Remember about the day and night cycle while you are visiting NPCs during a quest or when you want to trade with them. It is possible that doors to their houses will be closed. Don't try to break in if you aren't planning on stealing from them. Instead, you should go back here at a different hour or you can use the option to speed up time. A given character should leave their house or open the door if this is their work place.

Weapons and pieces of armor have a certain level of durability 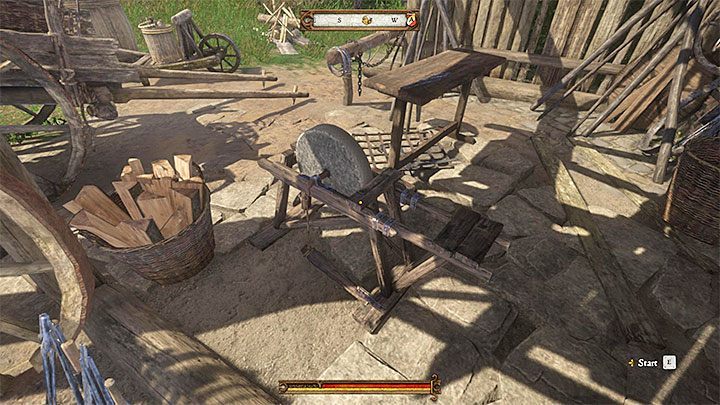 The only solution is to find an item similar to the one that was worn out. However, it won't be that easy if that item was a unique piece of equipment. You can also try to repair a given item: 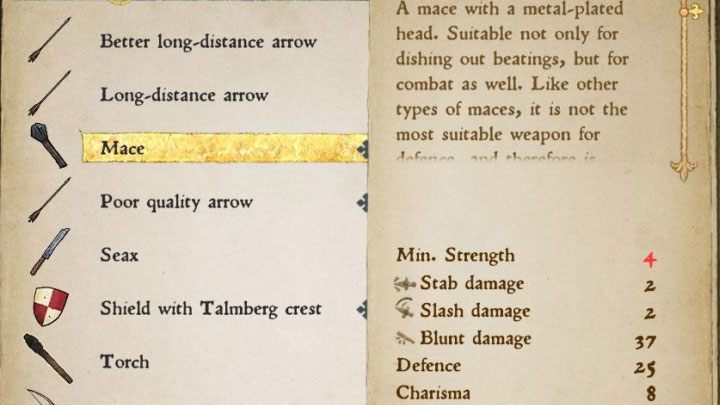 The first horse is received after a few hours 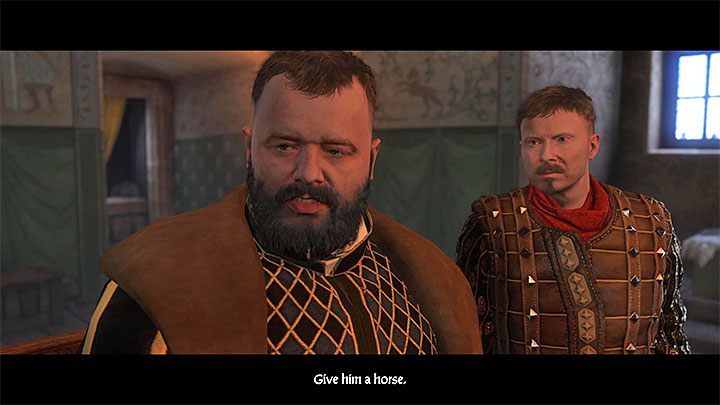