New objective: Get To The Airfield

You'll start the mission on board of a moving jeep. You will be using a heavy machine gun turret with an unlimited supply of bullets. Get ready, because you will come across the first group of enemy soldiers in a short while. Try killing all of them. You must also disable a jeep by blowing it up to pieces. Otherwise the jeep would probably start pursuing you and that would make your approach more difficult. Choose longer bursts, however make sure that your gun has a few seconds to cool down. Otherwise it'll probably overheat. 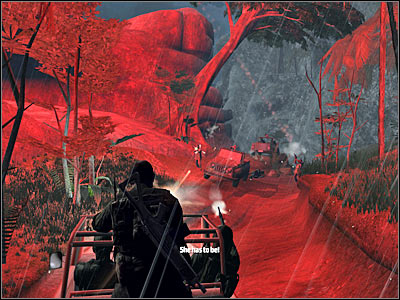 Stay focused, because one of the nearby enemy soldiers will be using a rocket launcher (screen). Kill him before he's able to fire a missile at you. Additionally, you should consider blowing up a second jeep. 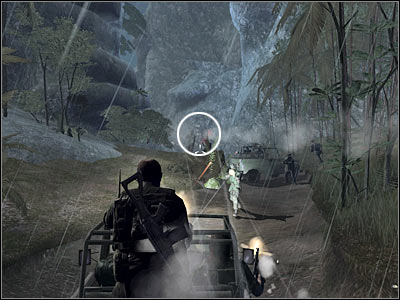 You should be safe for now. Once you've reached a new area of the map, you'll come across a blockade. As a result, you will have to wait for the jeep to back up. Start firing at new enemy soldiers in the meantime. You must be patient, because it's going to take a few seconds for the driver to find a new route. 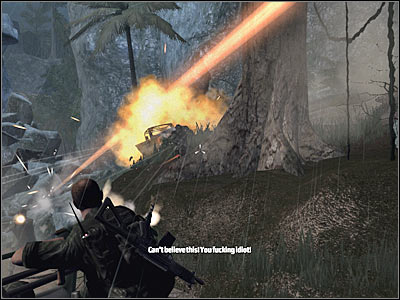 Wait for the jeep to go back to the previously explored area. Start off by eliminating some of the remaining enemy units. You should be getting close to an airfield. Your primary objective here will be to take out a sniper tower by shooting at the wooden structure (not the sniper). There are other enemies in this area. Eliminate them by aiming at the fuel tanks. 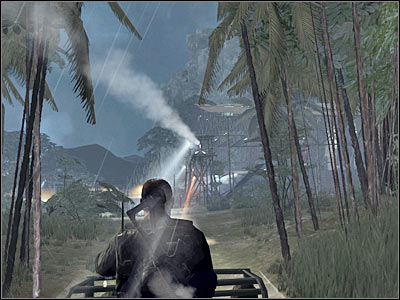 I guess I won't have to remind you what has to be done. Just make sure that you're shooting at the towers until they collapse. Don't waste your time trying to search for fuel tanks or other explosive objects. You can distinguish the towers easily by searching for the spotlights. You will have to take out a few towers along the way. 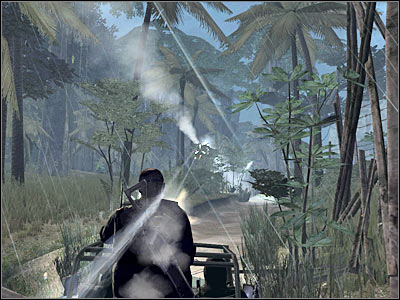 A military jeep should appear to your right. Find it quickly and start firing at it until it explodes. Destroying the jeep will make your life easier once you've reached the airfield.

Now you will start moving towards a plane. You must neutralize a second jeep (screen) or at least slow it down by waiting for it to catch on fire. 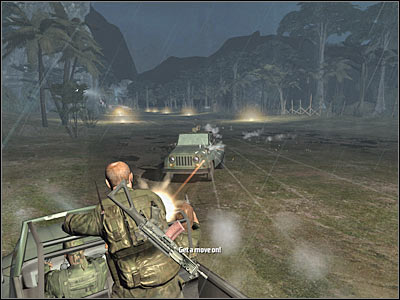 You will have to destroy two other sniper towers before proceeding to the plane. They are located to your left. Once you're close enough to the plane, start firing at the right engine (screen). You won't receive a specific goal just yet, but it'll make a second part of your approach a lot easier. 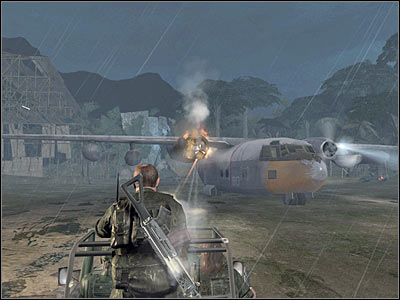