I would recommend proceeding towards the top of the hill. That's where you've neutralized the soldier equipped with a flare gun. You should be able to take out several other opponents from here (screen). Thankfully, shooting at them won't result in raising any alarms. Rejoin with the rest of your squad once you've been able to defeat all enemy units. 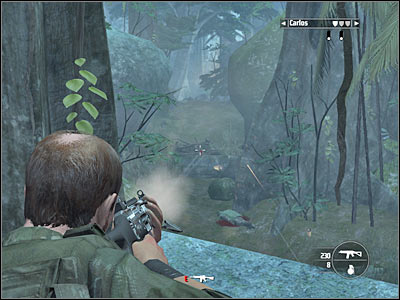 Keep heading towards the hacienda. You should be able to get to a much larger cleaning in just a few seconds. Order your men to stay put. Head over to the waterfall. You should be able to come across a well known icon (screen). This means you can rappel down. You could also go to your left, however I think that using a rope to get to the lower level is a better idea. 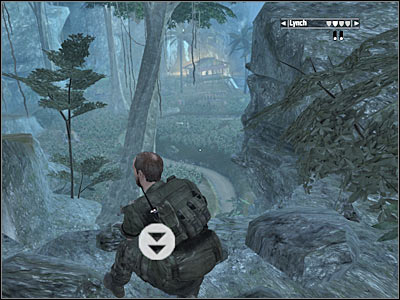 Make sure you've reached the lower section of the waterfall safely. Start moving towards a large tree. Hide there and wait for one of the enemy soldiers to show up. Get closer to him without being spotted. Obviously you will have to neutralize him with a melee move. Order your teammates to get here. You will have to remain unnoticed, so wait patiently for them to join you. 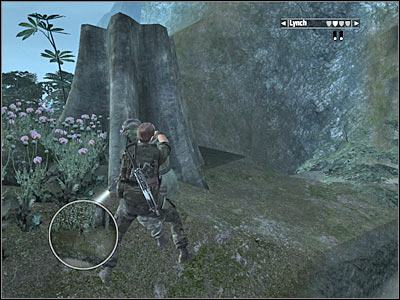 Don't attack soldiers from a nearby hut just yet. Instead, try moving closer to them without being spotted. I would recommend moving to your left. You should be able to find several larger objects there (screen). Use them for much needed cover. Order your men to position themselves nearby and prepare for an assault. 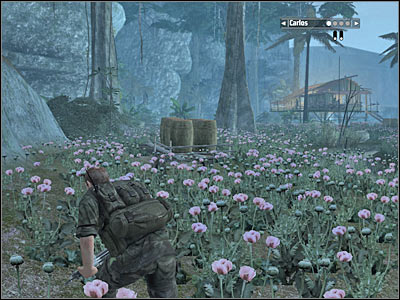 You will have to attack enemy units by a surprise. I would recommend neutralizing the heavy machine gun nest in the first place, because it would be a serious threat to your safety. Make sure that no one else decides to use the heavy machine gun post. You should be able to kill all enemy soldiers from here. Obviously your colleagues will help you to get rid of all enemy units. 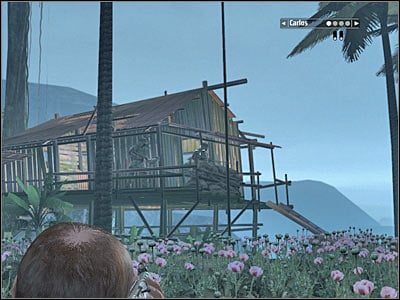 It would be a good idea to move closer to the hut. Use the stairs (screen) to get to a smaller balcony. You should also consider taking a rifle from one of the killed soldiers. Secure the hut by making sure no one's inside. 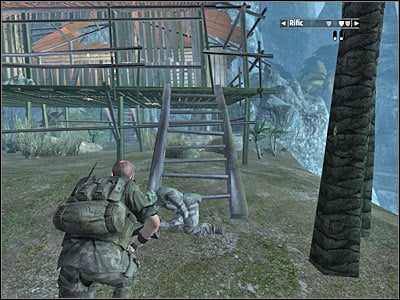