New objective: Take Out The7 Members

Head on to your right. You will have to kill two members of The7 organization. They're heavily fortified, so obviously it won't be easy to get rid of them. Don't worry about an unusual filter, because it won't interrupt your approach. Let's start by hiding Lynch. Order him to stand behind a large concrete object (screen). 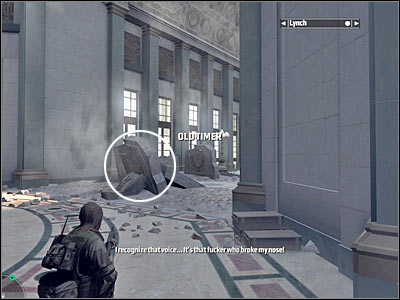 Make sure that you're standing close to the right wall. You won't be able to kill anyone from a larger distance, so you'll have to get closer to the bunkers. Start off by going towards an object which can be found to your right (screen). After that, proceed to the nearest cover. Obviously you should be using a sprint button in order to ensure your safety. 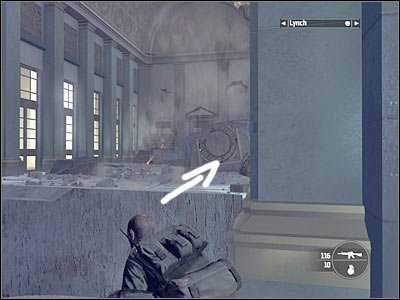 You should be able to neutralize the left bunker from here (screen). Start shooting at your opponent. Obviously you should choose longer bursts, instead of single shots. This will increase your chances of killing him quickly. Wait for your main character to reload his weapon. 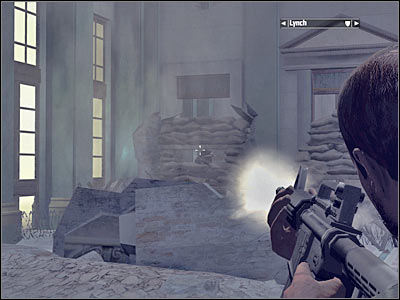 I would recommend running to your left, because you'll be able to hide behind a new object (screen). I have to warn you, though. You won't be fully safe there. You should be able to take out a second opponent. It's going to take a while, however he won't retreat, so you don't have to worry about anything else. Once he's gone, gather the rest of the team around your position. 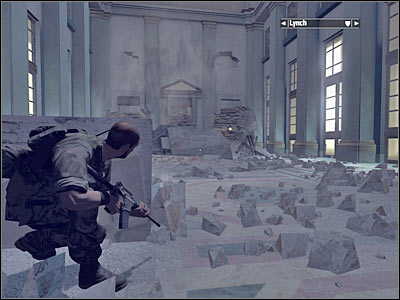 New objective: Proceed To End Hall With All Men

Start moving forward. You won't have to secure the bunkers where the members of The7 organization were hiding. One of the enemy soldiers is standing just around the corner (screen). You can take him out yourself or you can order your men to kill him. Keep heading towards your current destination. 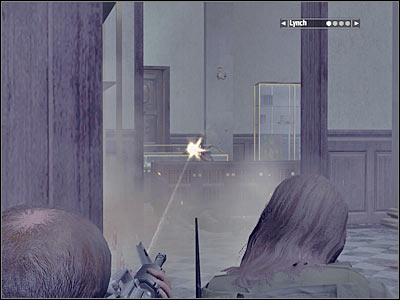 You will be rewarded with a short cut-scene. You'll also find out that there are three more members of The7 organization to hunt down. Head on to a new corridor. As you've probably noticed, the dictator has committed suicide. Get closer to this room. The first enemy soldier will be standing in front of you (screen). Additionally, there's one to the left and one to the right. Killing them will allow you to finish this mission. Get ready for a new assignment. 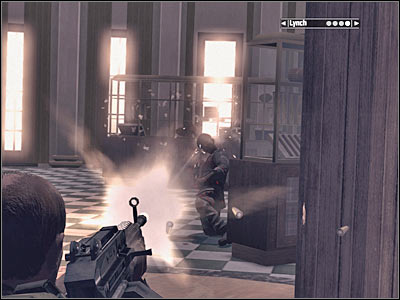