As you've probably noticed, the gunship has returned. This time it will circle the area around the huts, so you will have to shoot it down. It also has to be done as soon as possible, because the gunship will be returning to the main square more frequently. There are some rocket launchers to the left (screen). 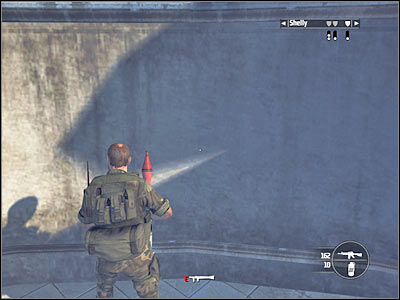 You could also hide near your men and wait for the gunship to arrive (screen). Either way, you will have to shoot it down. It's probably going to take you a lot of time, so focus on avoiding attacks of the gunship (especially missiles). Thankfully, the final part of this mission is going to be much easier. 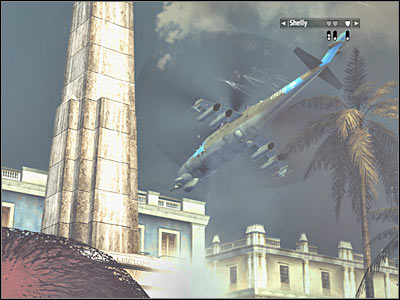 Gather the rest of the team around your position. Don't worry if you lost all rebel soldiers, because you won't need them in order to ensure your victory. Start moving towards your current target area (screen). I would recommend going somewhere to your left. Kill anyone who decides to appear near the square. Like I've already said, you won't be dealing with major threats, so you don't have to plan your each move very carefully. 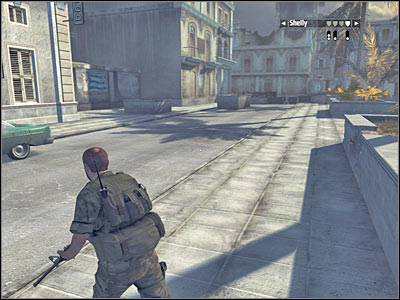 Stay here for a few more seconds. Your main task will be to neutralize one of the heavy machine gun nests. It's located inside the left building (screen). Disable the nest as soon as possible. Once this is done, order your teammates to join you. 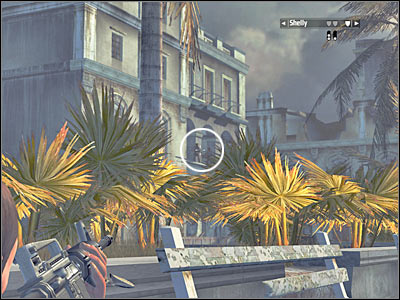 You may finally proceed towards the left street, because it leads directly to your current destination (screen). Just as before, you will have to deal with a few soldiers, but it shouldn't be a problem. Keep heading forward. Hide somewhere to your right and deal with a second group. That should be the last of them. 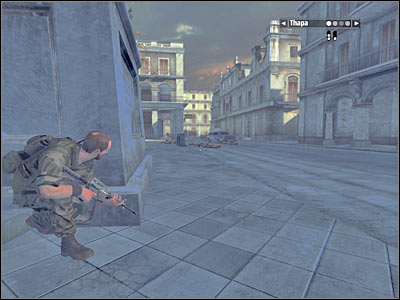 New objective: Get Inside The Building With All Men

You should be able to reach a gunship wreckage. Listen to a short conversation and ignore some of the nearby explosions. Make a few steps forward and turn right. You will have to enter this new building (screen). Wait for the game to begin loading a new mission. 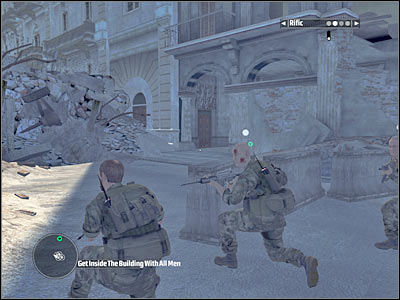