Start moving forward. You should consider hiding behind a small concrete wall. Once you're there, start shooting at the enemy soldiers. The main group will probably appear to your right. There's going to be at least two of them. Don't leave this cover, so you won't sustain any injuries and you won't get attacked by the helicopter. 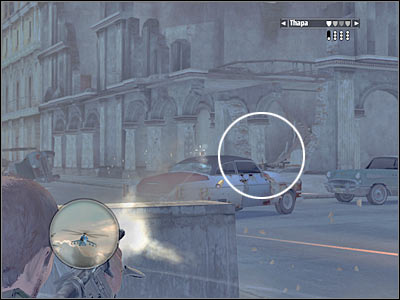 Now you should consider turning to your left, however you will have to remain near a small wall. Try and take as many enemy units as possible. Obviously your main target here will be a heavy machine gun post. Neutralize it as soon as possible. After that, deal with the remaining enemy units. 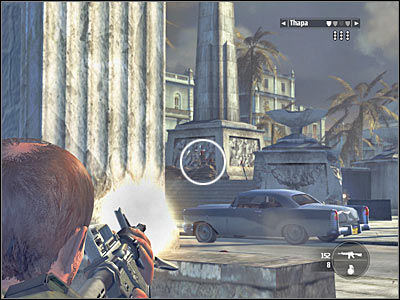 If you've followed my instructions, you've already secured the surrounding area. Don't worry about single enemy units. Start running towards the building on your right. That's where the first group has appeared. Look at the screen if you're having some problems figuring which one it's going to be. Make sure that the rest of the team is staying behind, near a rebel hideout and a destroyed armored vehicle. 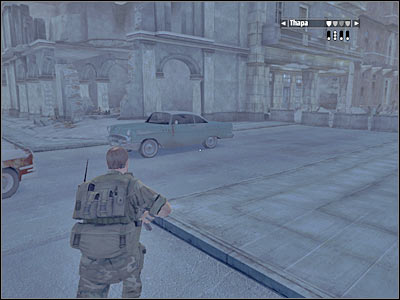 Enter the building and find the stairs. Obviously you will need to proceed to the first floor. Be careful, though. This area will be guarded by at least two enemy soldiers. One of them is hiding to your right (screen). Kill the soldiers. Now you should hide and wait for an allied gunship to leave this area. It's better than allowing the helicopter to surprise you. 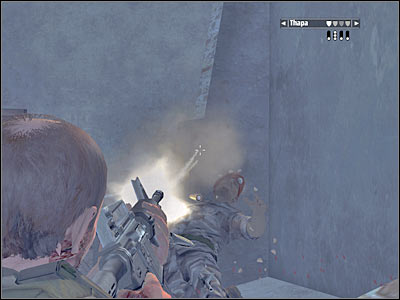 One of the enemy soldiers was probably using a heavy machine gun, so you should consider picking up his weapon. Start shooting at the visible enemy soldiers. I wouldn't recommend using a nearby heavy machine gun nest, because you would exposed to enemy fire. There are more enemy units to your right (screen). It's very important that you secure this area from here, because you'll want to clear a path for your team members. 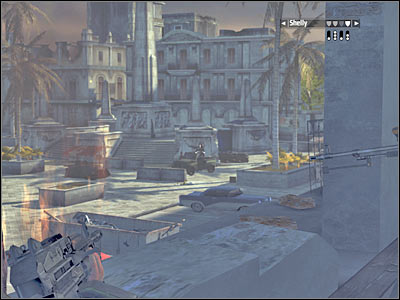 As for the enemy gunship, you could consider taking care of this problem right now. First of all, you will find two rocket launchers here, however you will have to practice firing them, so the missiles will actually hit the helicopter. Try performing several of these attacks. You won't destroy the gunship, but it's not a problem. 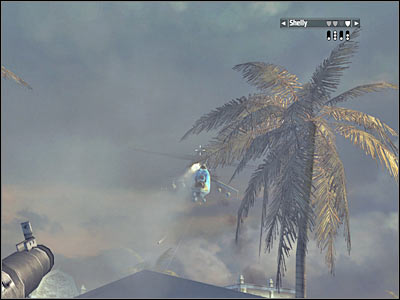