This is going to be an extremely easy mission, mostly because you'll be going in with four other team members. You'll start the mission on the roof of the tower. Obviously your first task will be to take out some of the nearby guards. Most of them are standing next to the helicopter. Attack them by a surprise. You should also consider aiming for their heads. 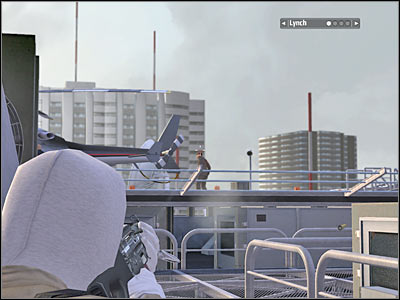 Now you should consider moving to your left. Take out some of the remaining enemy units. Be careful, because they may actually approach you (screen). Remember that you can always ask your team members for help.

New objective: Get To The Edge Of The Building

Start moving forward. You won't have to destroy the helicopter. Ignore it and approach the edge of the tower. You will have to wait for the game to display a short cut-scene. 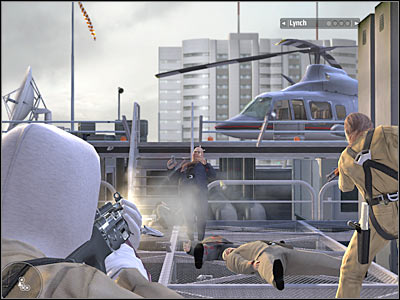 Get closer to a higher platform. You should be standing near the edge of the building. Press the E key to rappel down. Kane will automatically perform several jumps, but eventually you'll have to press and hold one of the movement keys in order to keep him moving. 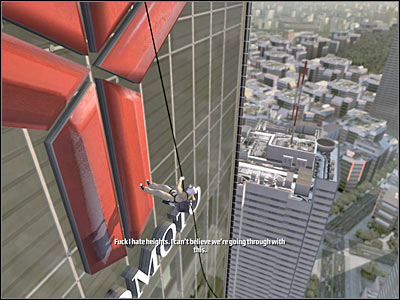 You will be able to reach Retomoto's conference room in just a few seconds. Make sure that you've touched the ground. Kane should automatically plant an explosive device on the glass wall. Move over to your right in order to avoid receiving any injuries. Wait for an explosion to occur. 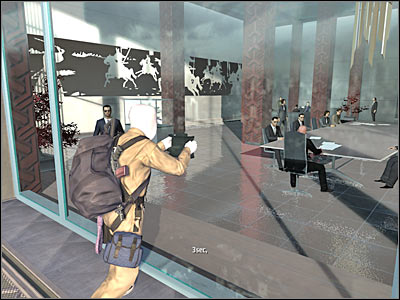 Your teammates should arrive here in the meantime and they'll automatically proceed with the assault on the conference room. Obviously you will have to help them. Enter the conference room and start shooting at some of the closest enemy units. I would recommend choosing longer bursts, because you don't have to worry about running out of ammunition. 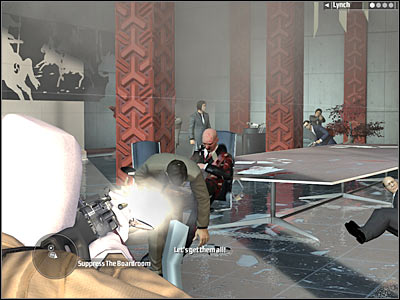 Make sure that you've killed some of the closest opponents. This will allow you to hide behind one of the red pillars (screen). You shouldn't have any problems getting rid of the remaining enemy units, especially since your colleagues probably took care of most of the guards. 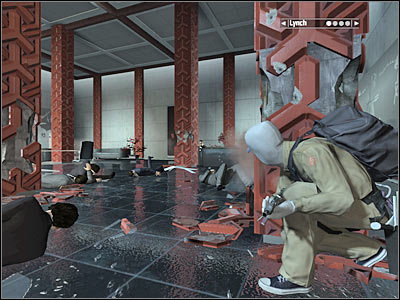 New objective: Pick Up The Briefcase From Retomoto

Retomoto was automatically killed during the attack, so you won't have to finish him off. His body can be found near a destroyed window (screen). Approach Retomoto and press the E key in order to pick up his briefcase (screen). Now you should go back to one of the red pillars. Order your men to do the same thing. Get ready for a massive counterattack. 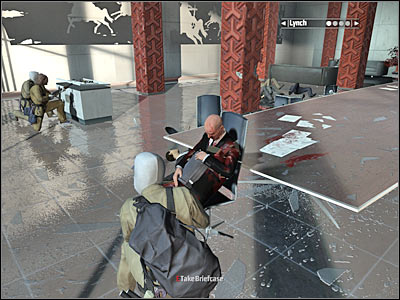