Make sure that you're capable of attacking the second group (screen). You will have to be extra careful here, because some of your enemies are going to be equipped with SMG's. I'd strongly recommend taking one of these weapons, because you're going to need it very soon. 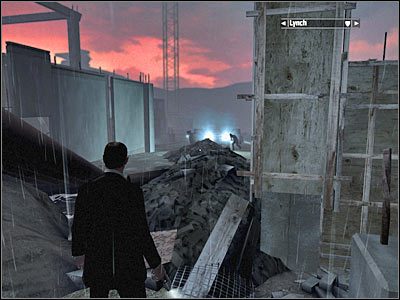 Go back to Lynch and assist him in getting rid of the second group. He probably took out a few thugs on his own, so it's going to be a much shorter battle. As instructed, you will have to go back to Jenny. Approach the ditch and you will be automatically rewarded with a new cut-scene sequence. 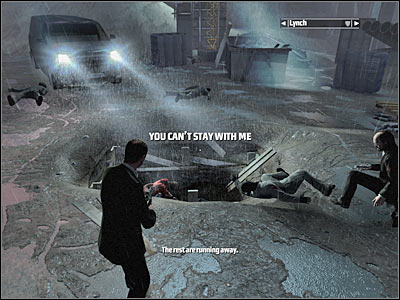 The conversation is going to be interrupted in just a few seconds. As you've probably noticed, a huge truck has appeared in the area. Don't leave this cover just yet, because you'll be safe here. Wait for the truck to swing above you. Turn around quickly and get ready for action. 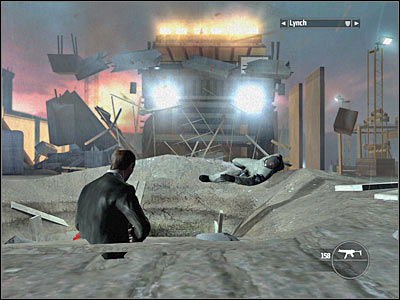 Start RUNNING towards the large truck. You will have to use the sprint button. I would also recommend killing one of the guards along the way (screen). Thankfully, his colleague will kill himself by an accident, so you don't have to worry about him. Keep running forward. Lynch may stay somewhere in the back, because you won't need his help. 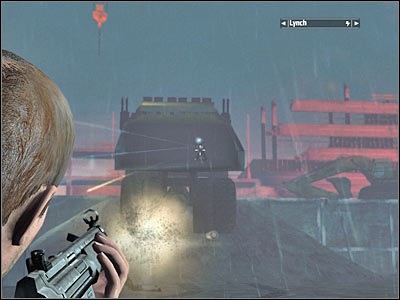 The truck will begin turning back, so you must act quickly. Your objective here will be to kill the driver. Obviously you will have to be standing in a correct spot (screen). Start shooting at the side window. Don't worry about the ammunition. Focus only on destroying the window. You can't allow the truck to move forward. It would make a second turn, however it'll be a lot more difficult to disable it there. As a result, you will have to make sure that it's neutralized right here and right now. Otherwise reload the last checkpoint and try again. 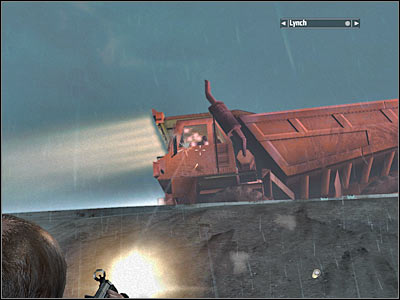 Don't stop shooting at the truck, even when the windows are destroyed. You will have to fire at the driver's cabin in order to get rid of your opponent. Allow Lynch to join you. Now you must hunt down one more enemy guard. He should also be sitting inside the truck, so go around it in order to find him. Once he's gone, this mission will come to an end. 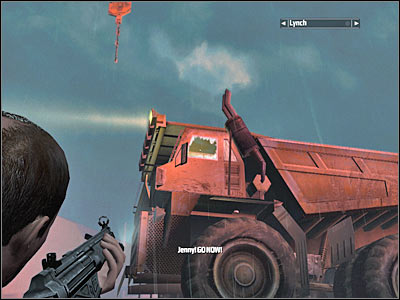