I guess you will be fine on your own. Keep heading towards the stairs. Make sure that you're using some of the nearby pillars for cover. You will have to secure each room before moving on to the next one. Once you're near the stairs, order Lynch to get here. Proceed to the upper floor. There are at least two enemy guards on the upper balcony (screen). Kill them as soon as possible, so they won't be able to surprise you later. 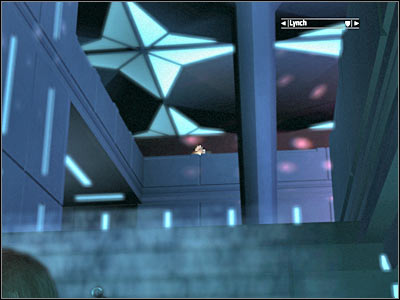 Turn right and proceed towards the highest floor. Be careful, because you will encounter several guards here. Thankfully, locating them is going to be much easier this time. Don't run to the exit right away. There are probably more enemy guards beneath you. Kill them from here (screen). Otherwise they would have followed you to the roof. Make sure that Lynch is staying somewhere safe. Secure this entire area before moving on towards the exit. Go through a small corridor to get to the roof area of the nightclub. 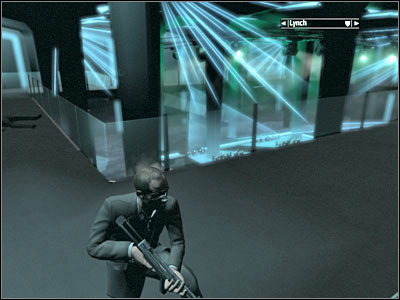 I guess you won't be surprised by the fact that you will encounter new soldiers on your way to the extraction zone. The first group will attack you in just a few seconds (screen). It's not safe here, so you should consider ordering Lynch to stay inside the corridor. Start shooting at the enemy guards. You will have to kill them from here. 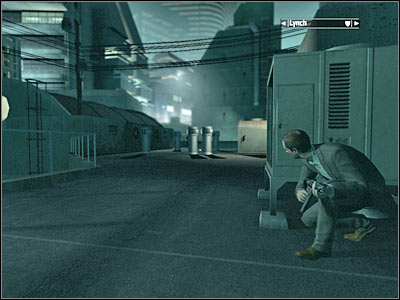 Keep heading forward. Eventually you will have to return to the area located near Yoko's office. You will probably notice a new staircase to your left (screen). You weren't allowed to go there before, but now's your chance (Lynch should stay here). Hide somewhere to your right once you're at the top. More enemy guards will appear near the glass roof. Don't let anyone get closer and you should be fine. Kill them all before moving on any further. 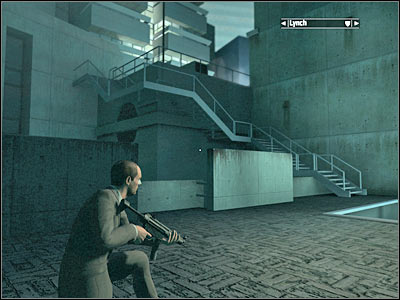 You may proceed to the next section. Be careful, though. One of the guards may be hiding to your left. It's going to be an upper balcony (screen). Kill him quickly. Once he's gone, order Lynch to join you. Keep moving forward. Use the stairs in order to end this short mission. Get ready for a new assignment. 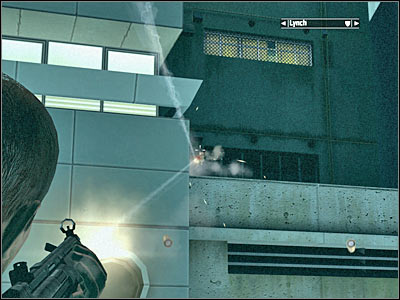