Proceed to the new corridor. It's going to be very narrow, but thankfully you won't encounter any hostile units. Instead, Yoko manages to escape your buddy Lynch. Sadly, you couldn't prevent that from happening. After watching the cut-scene exit this corridor through a new door, because you won't be allowed to go back to the nightclub the same way you've used before. 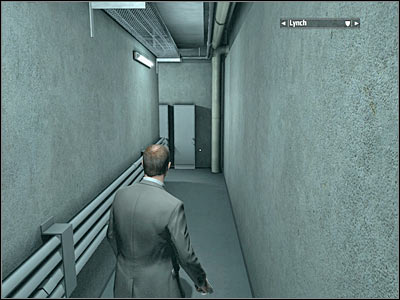 Your main task for the next few minutes will be to recapture Yoko. As a result, you will have to somehow go back to her office. Start off by moving forward. There's only one passageway leading to your current destination, so you can't get lost. Once you've close enough to her office (screen), order Lynch to hide somewhere to your right. Press the crouch key and make a few steps forward. Pick up a new weapon (SMG). 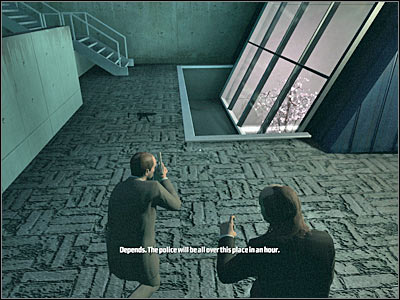 As you've probably noticed, Yoko is standing inside and there's at least one bodyguard near her. Start off by eliminating him. Obviously you can't shoot the girl, because you need her alive. Now you should consider moving to your left (screen). Hide behind the wall and get ready. 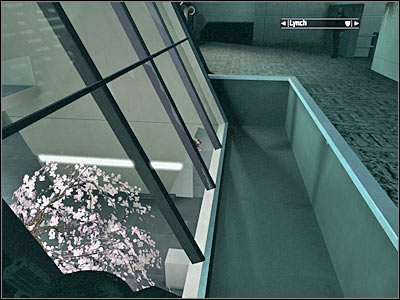 You will have to act quickly here if you want to recapture Yoko without risking your life. You could order Lynch to move closer, so he would attract the attention of nearby enemies. I wouldn't recommend risking losing him. Head down to the lower platform, so you'll end up inside Yoko's office. Hide near the tree and kill the second guard. He should be standing in front of you. Go there now, because you won't be safe behind the tree. The objective is to disappear from Yoko's field of view. 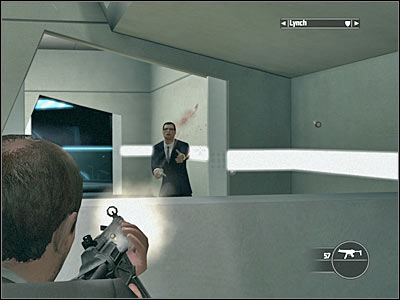 You can recapture Yoko using various approach methods. The easiest way to stun her would be to wait for Yoko to reload her weapon. You would have to approach her quickly in order to knock her unconscious (screen). Alternatively you could distract her by ordering Lynch to move somewhere to your left. Either way, you must neutralize her in order to proceed with a new task. 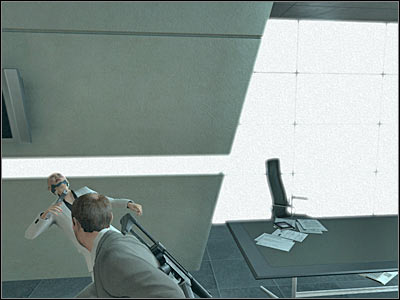 New objective: Get Back To The Roof Exit

Wait for Lynch to pick up Yoko's body. You will have to go back to the roof exit. As a result, head on to a nearby balcony. Obviously Lynch should stay somewhere behind, so he won't get shot. You'll notice a huge difference once you've returned to the main area of the nightclub. The guests have escaped, so you shouldn't have any problems locating enemy guards. The first group will be waiting for you on the balcony (screen). Be careful, because some of the enemy units will use machine guns against you. Eliminate them quickly, before they start firing at you. 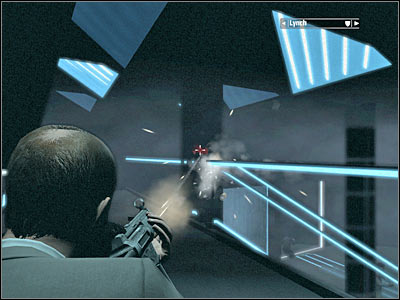