You should receive a warning that an enemy sniper is in the area. Killing him from here would be almost impossible. Instead, you will have to get closer to the left wall of the tunnel. Start moving forward (screen). I wouldn't recommend being in a lot of hurry. You should be able to turn left. Ignore the civilians. 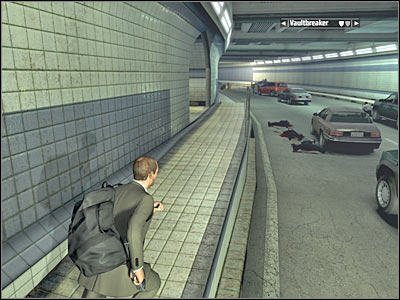 Try moving closer to an opposite lane. There are a few cops to your left (screen). You can kill them on your own or you can order your teammates to get here and you may send them to deal with this threat. Thankfully, they should be able to avoid the sniper, so you won't have to babysit them the entire way. 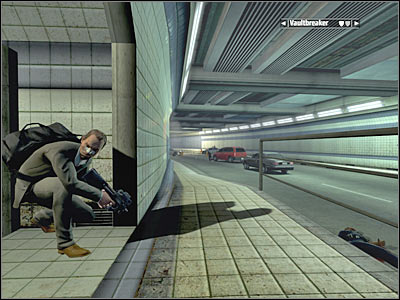 Now you will have to go to your right. You will come across a new red van. Just as before, it would be a good idea to use it for much needed cover. Your teammates should follow you. Keep heading forward. You'll probably notice that a squad car is heading your way (screen). Use the grenades to take it out. You could also order your men to attack police officers. 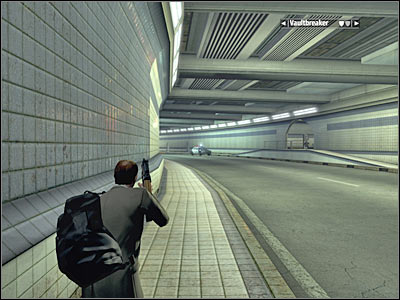 Keep moving forward. Your next objective will be to attack an enemy blockade. It won't be difficult, especially since none of the police officers is using a sniper rifle. Once you've taken care of this group, head on to your right. You should able to find a similar passageway here (screen). 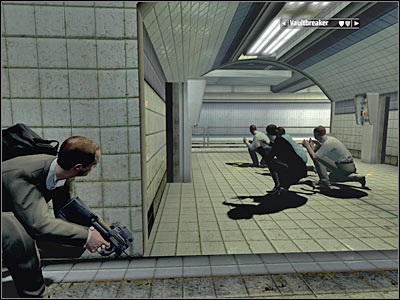 Make a few steps forward and lean out carefully in order to find out where you'll need to shoot. As you've probably noticed, you'll be able to surprise enemy soldiers from the back. Order your men to proceed with the assault. You will have to focus all your attention on the sniper (screen). Make sure that he's been killed and then deal with the rest. 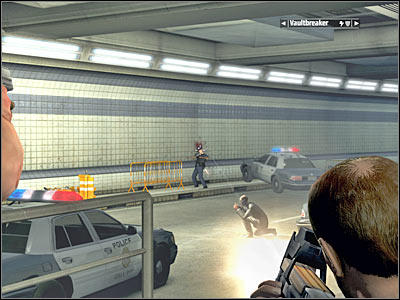 New objective: Get All Crew Members To The Van

You will have to kill all police officers before you'll be able to proceed with the next part of the mission. Wait for an allied van to break through the roadblock (screen). Proceed to the back and enter the van.

Make sure that everyone's inside the van. Wait for it to start moving forward. As you've probably noticed, your ammo supplies have been refilled. 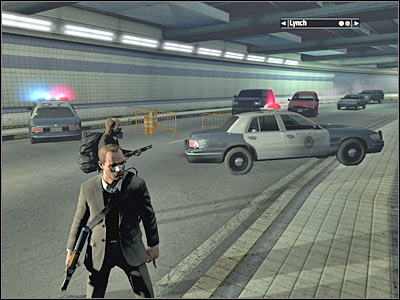