This page contains the walkthrough for Cesar's Theory, one of the main missions in Just Cause 4. The mission consists only of one cut-scene. However, to start it, you need to complete Aeropuerto Scramble Region Strike - its description can be found below. In that Region Strike, you will pilot a plane, hack a console on an airport, and escape from enemies. 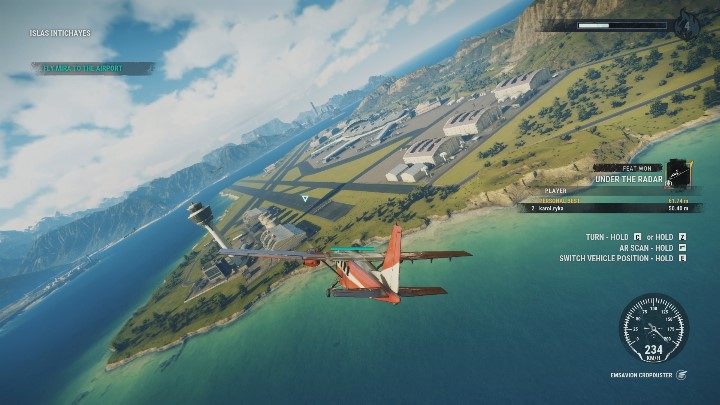 You start inside a small plane. Head towards the marker. Soon, you will reach a large airport. Land down slowly and move towards another marker - this one leads to the hangar. Inside, you will encounter armored enemies - aim at their heads to eliminate them. Watch out for explosives dropped by them. 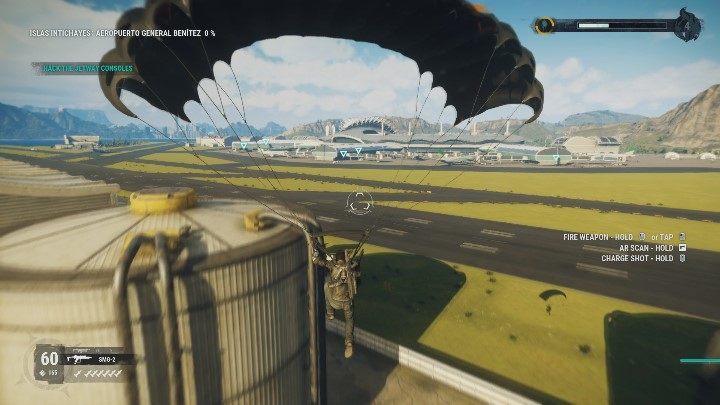 Go with Mira to another part of the airport. Mira starts hacking but it turns out that you need to turn off six terminals first - their locations are marked on the map. The process of deactivating them is easy, but turning one of them off starts a counter. You need to deactivate six terminals in one and a half a minute. They are away from each other but shouldn't have problems with reaching them. Don't focus on eliminating enemies. Instead, move from one terminal to another. Remember to use the grappling hook, the parachute, and the wingsuit to reach the terminals faster. 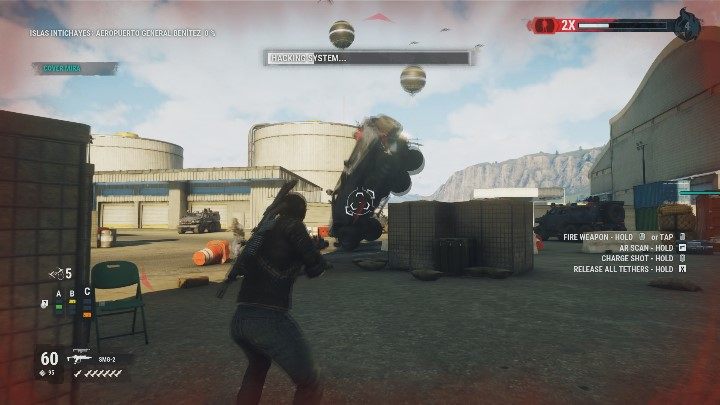 The next step is to protect Mira. You need to keep her alive by eliminating incoming enemies. The enemies will attack you in waves but they shouldn't be difficult for you to defeat - use the regular rifle when you are on foot; a rocket launcher is great against vehicles.

Escaping from the airport 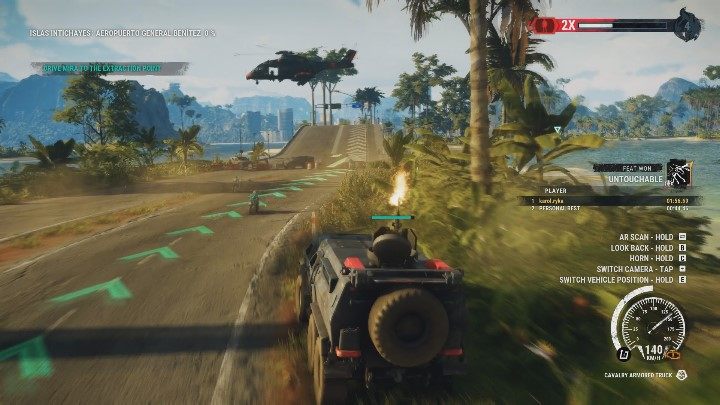 The last part of this mission requires you to escape from the airport with Mira. The easiest way to do that is to drive an armored vehicle parked near the hacking spot. The path is rather long but the game will show you where you must go. You will be chased by enemies but there is no point stopping - armored vehicles are durable and they have nitrous. Move towards the destination and try to avoid all obstacles. Watch out near bridges and chasms - you can easily fall down after you hit something. This can even lead to an explosion which will fail the mission. Reach the destination to complete the mission.