How to get on an airship? 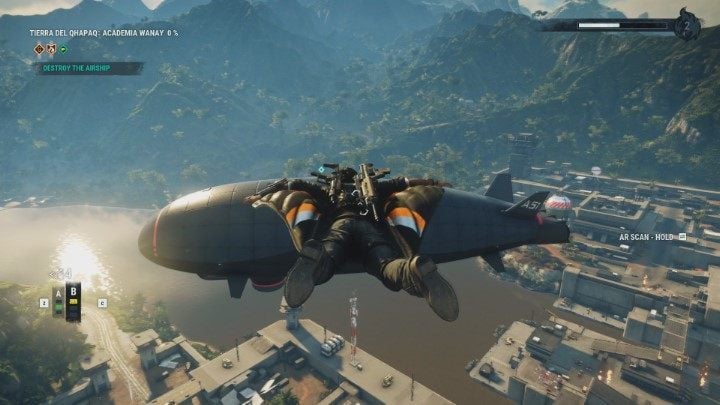 Use the wingsuit to get to the top of the airship.

To destroy an airship without using any weapon, you must first get to it. Airships fly high above the ground, so it's best to go to a hill where you can rush, jump and then use the wingsuit. This way, head towards the airship, and when you're close enough, use the hook and attract yourself to the airship. If you can't get to the top of the airship right away and, for example, underneath it, you can slowly get to the top using the grappling hook.

How to destroy an airship? 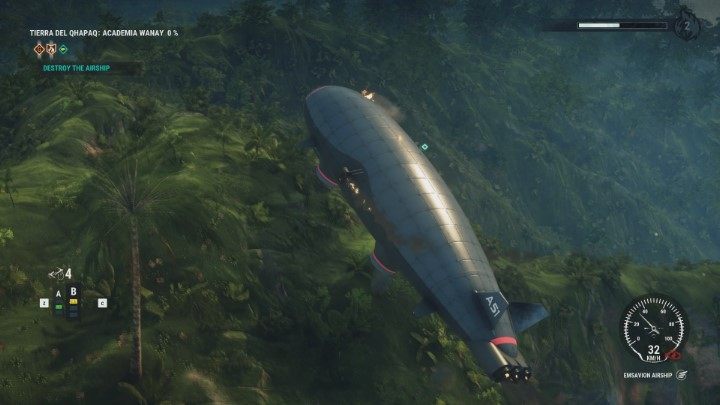 Then enter it and crash it into a nearby hill.

Being on top of the airship you can enter it and get behind the controls. This is the key objective to destroy the airship. If you hit a hill or a building - if the airship starts to burn, it will immediately explode and be destroyed. Remember to leave the airship quickly, because the explosion will lead to the death of your character.