This chapter is dedicated to the dangers that you may encounter when playing Jurassic World Evolution. You'll learn their consequences and how to avoid them from happening. 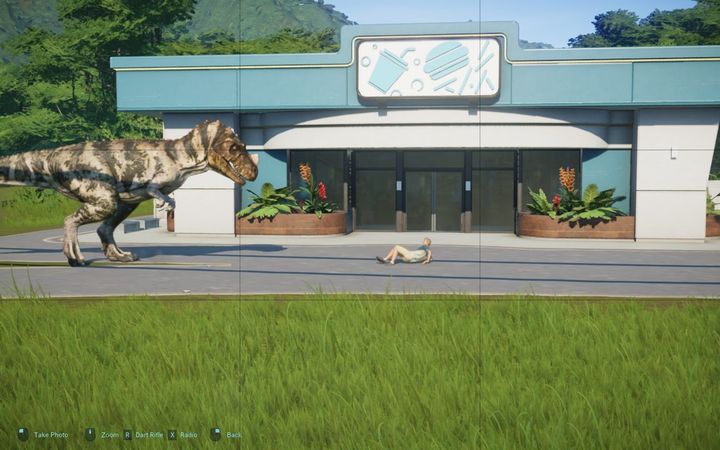 Such a situation is may be the consequence of several events. A dinosaur attack on tourists can be a consequence of a destroyed enclosure fence (either by a storm or dinosaur). You can also deliberately open the gates of an enclosure or lock the guests inside one (almost like the good old' swimming pool trick in Sims). Tourists can be trapped by extending the fence close to the path on which they are moving (simply quickly remove the path, build a fence and connect it with the dinosaur enclosure). Remember that such tricks drastically lower the rating of the park, so try not to do it (unless you are simply going to have fun or need it for an achievement). However, if you want to be a good park manager, dispatch teams in helicopters to anesthetize the attacking dinosaurs and open shelters for the tourists. 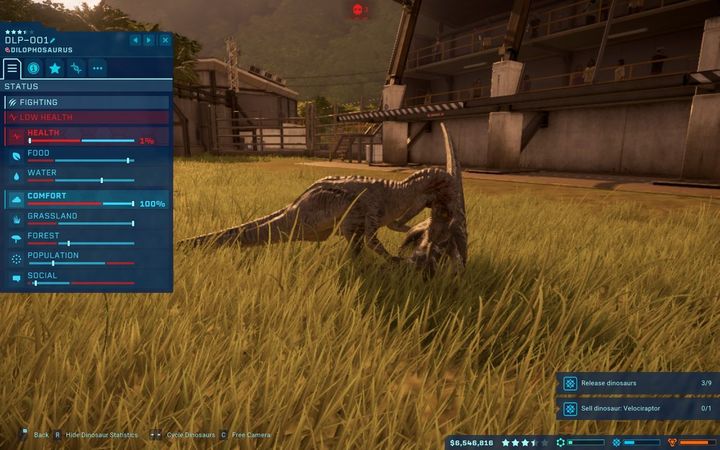 This situation may be caused by the introduction of a carnivore into the enclosure with herbivore species. This can also be the case if you introduce carnivores of similar size (e.g. Ceratosaurus and Baryonx) into the same enclosure. Of course, this may raise the park's rating (the combat infamy parameter). You can only allow such battles between dinosaurs only when you have quite big income per minute. Generally, it does not pay off to do this, as it costs a lot of money and time to clean up the mess you're left with when the dust settles (the corpses have to be removed with helicopters and new dinosaurs need to be hatched). 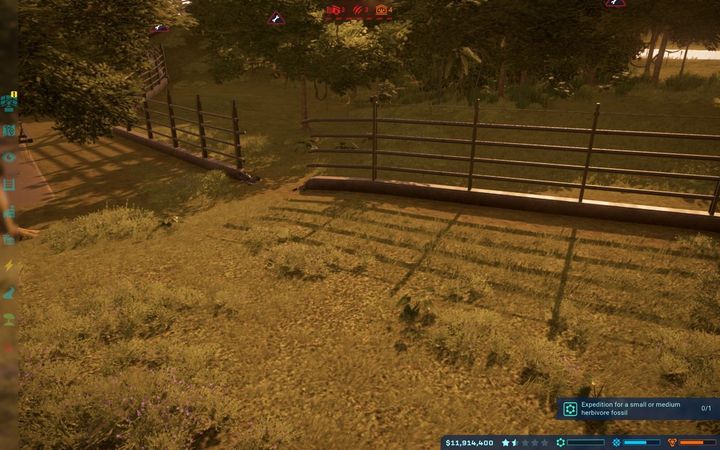 The situation can occur only when the dinosaur's discontent level increases, e.g. when its comfort decreases. The biggest problem with this situation is that when the fence is destroyed, all the dinosaurs in the enclosure can escape (even those that are satisfied). Repair the fences with a Jeep, check what makes the dinosaur unhappy (click on the dinosaur and see which of its parameters are red). 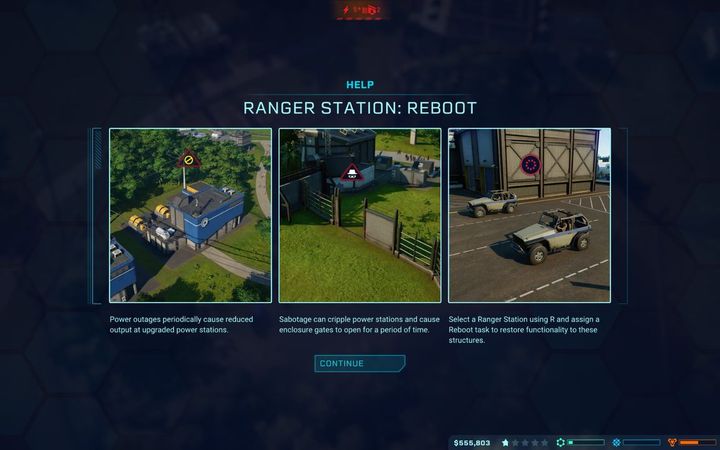 Sometimes you may encounter a situation when your power plants simply stop working. This can cause a standstill in your centers and lead to opening of enclosure gates. Use your teams in Jeeps to quickly reboot your power stations. 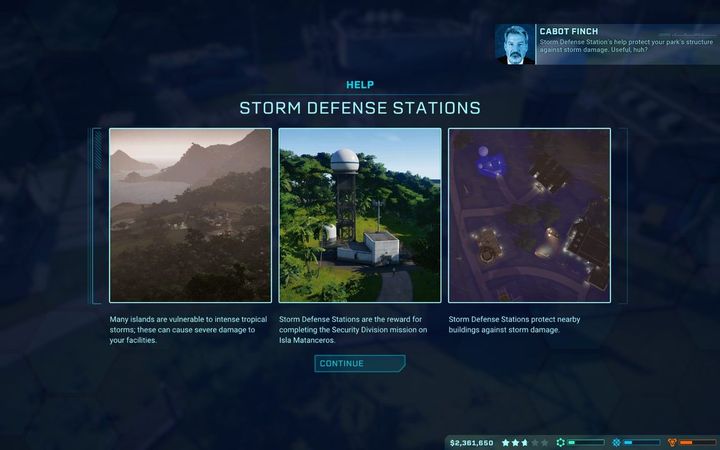 The risk of tropical storms should not be underestimated. They can destroy any building or fence. However, it's very easy to defend yourself against them - just build enough Storm Defense Stations to cover the entire park. Thanks to this, no storm will cause any damage in the park. 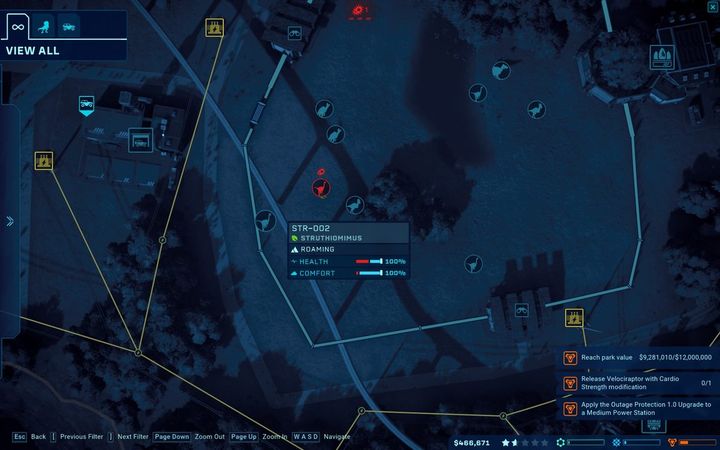 Diseases are a rather random case. The pool of diseases depends on how many diseases you can investigate at the Research Center. If such an epidemic is set loose it can infect all dinosaurs in the enclosure and lead to their extinction. Try to investigate new diseases quickly and, in case of infection, dispatch your teams in Jeeps. 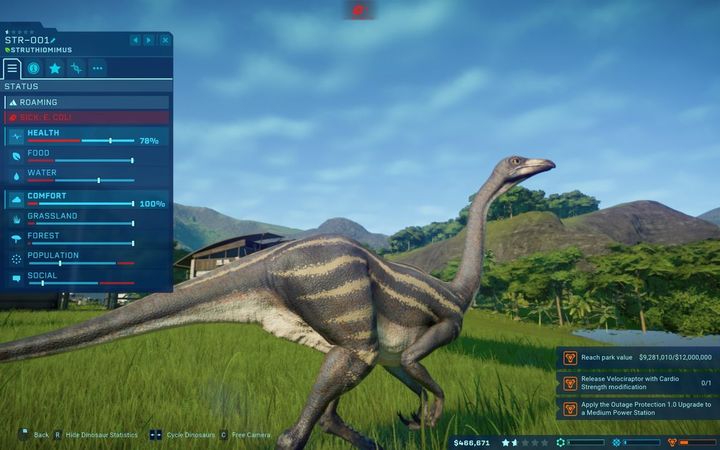