The following page of the Injustice Gods Among Us game guide describes Batgirl and the equipment she uses - including smoke bombs and batarang.

Batgirl is a character of unusual agility. When you play as her, you can gain an advantage by moving quickly around the arena. One of the available attacks also allows you to quickly deflect from your opponent and inflict additional damage. 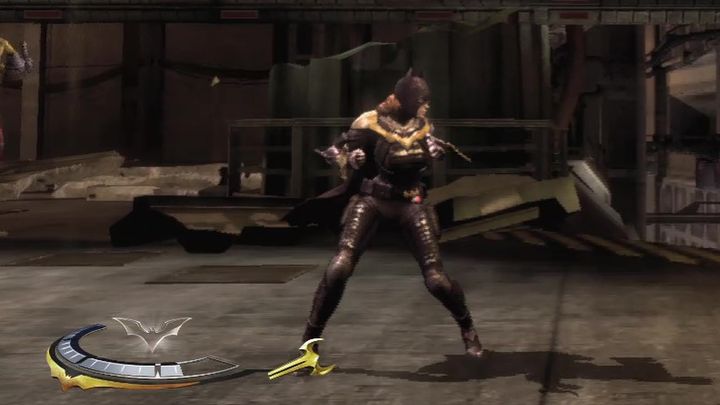 Batgirl is also equipped with a lot of gadgets that help her in combat. In addition to her fists, Batgirl also uses gloves with blades, batarang, and firearms. In addition, there is also the possibility of throwing smoke bombs. They allow you to safely withdraw in a critical situation and avoid getting injured.

You can also use an elastic rope during fights. With it, a large sling can be made with an opponent serving as a projectile. When fired, it hits the ground with tremendous force.