This page of the Injustice Gods Among Us game guide describes Zatanna, her weapons, and the magic she wields.

Zatanna is a character who uses mostly magic. For melee combat, she mostly focuses on kicks. Instead of a firearm, she has a wand with which she can mount ranged attacks. 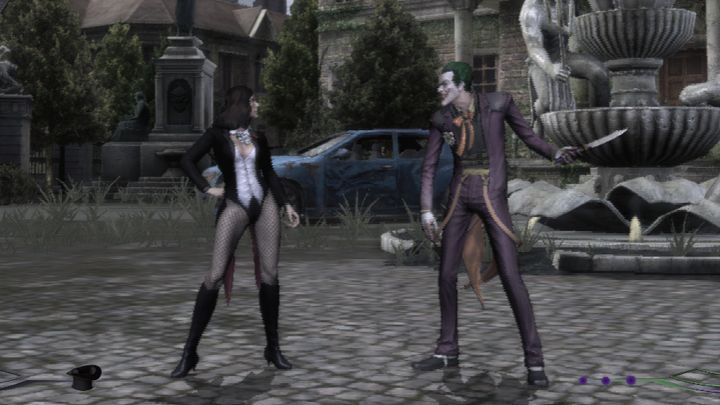 Zatanna has the ability to teleport. Depending on the move you make, you can move rapidly away from the opponent or move behind his back to launch another attack. Like Scorpion, she can control fire. This allows her to emit a fire stream burning opponents within its range.

One of her more powerful abilities allows her to summon a metal ring that embraces her opponent and smashes them against the ground. The game also features a similar but stronger version of this attack in which the opponent is locked in a spatial cage.