The game probably won't let you start this quest after completing the previous one (The Gauntlet). First of all you have to wait until Reggie contacts Delsin and listen to the conversation. Second - you have to destroy Mobile Command Centre in Pioneer Square district and this is described in City chapter. Only after fulfilling all those conditions go to the marker in the district mentioned above and interact with it. 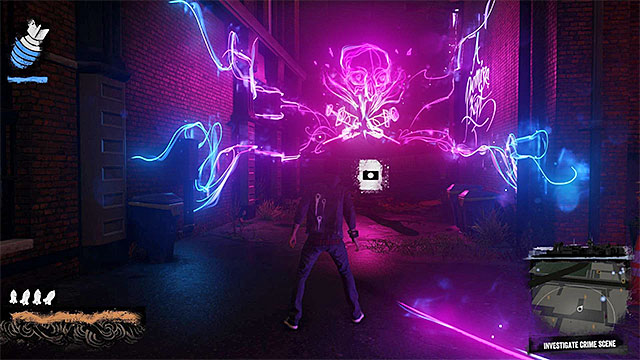 After watching TV reportage and listen to the conversation with Reggie, head to the first crime scene located north-east from the start. It would be good to move over buildings' rooftops because that would allow you to avoid policemen patrolling the area (you can also kill them, if you play as the villain, which will gain you some quick bad karma points).. Once you get very close to the crime scene, jump down and move to the camera marker located next to the huge purple neon. 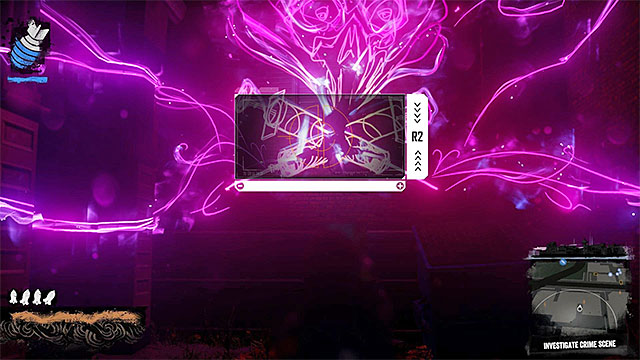 Now you have to finish a mini-game which is about taking photos. Each time you have to aim at the place where camera slider fills up to 100% (as seen on the above screen). Then you have to press R2 button to take a photo and send it to Reggie. In this particular case you have to take two photos of two parts of victim's body. 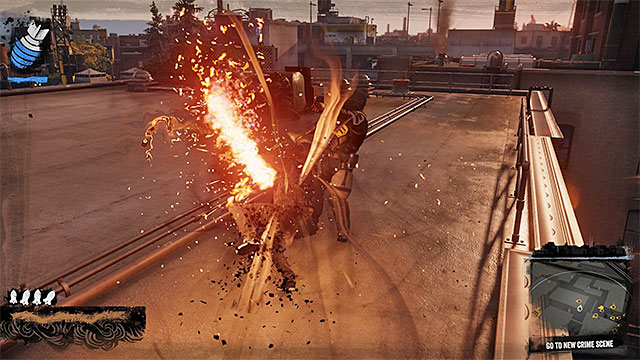 Listen to the conversation with Reggie and head to the second crime scene located in the north-east corner of Georgetown district. Along your way you'll probably see D.U.P. forces heading to the same place, but I suggest not attacking them yet because in this case you would have to deal with armored vehicles among others. Instead of that try to get as close as possible to your destination and only then start attacking enemy soldiers. During fights try to eliminate opponents with powers first and use rooftops to regenerate smoke. Try also to avoid larger groups of common soldiers. 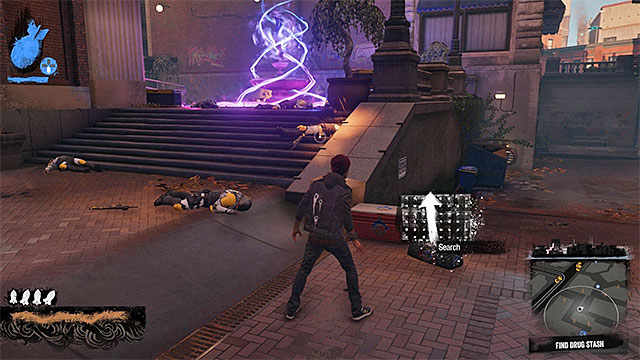 A bag you're looking for

Get down only after you eliminate all enemies that are capable to climb buildings. During next fights watch out mainly for the elite enemy with minigun, trying to attack him from a distance and using more powerful powers. At the end you have to finish him off after he creates a shield around him. Now you can deal with "standard" soldiers but they are not a big challenge. Fight until the entire area is secured and then approach the crime scene. Same as previously you have to get the camera and take photo of the victim. But that's not all because you also have to examine the bag of the murdered person - it can be found near the stairs (use the touchpad to look into the bag). 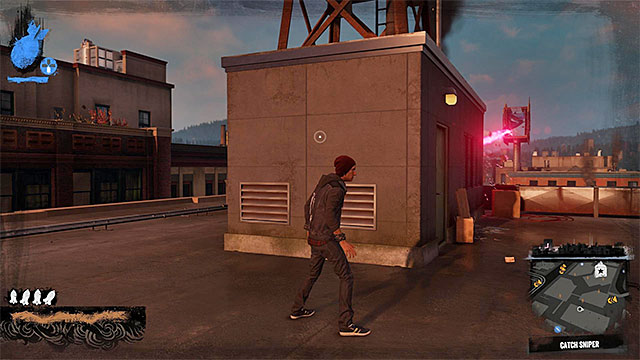 Often use covers on your way to the billboard

After you examine the bag you'll be attacked by a sniper who is responsible for last murders. Cover behind the wall and when sniper stops shooting, head towards a balcony behind large neon. Keep using Smoke Dash and hide behind covers along your way, although one hit from a sniper rifle won't kill you at once. Once you get close to the destination go to the rooftops and use the ladder to get to the narrow balcony. Sniper will start fleeing so run after him (purple trace). You do not have to try hard here because your opponent will get away soon and you won't be able to make anything with it. 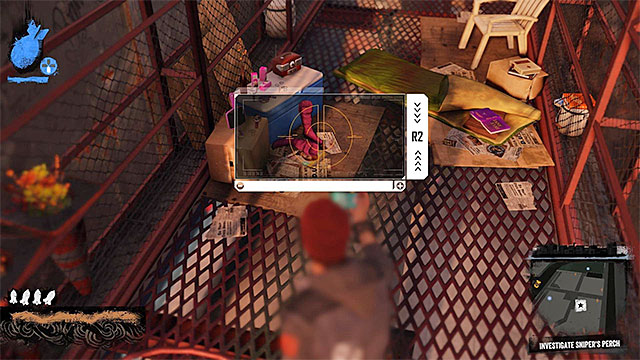 Take a photo of selected objects

Now you have to get back to the balcony located behind the billboard, which was one of sniper's hideouts. Once you get there, you'll realize that the sniper is probably a woman. Take out your camera and start taking photos. The objects you have to photograph are: purple shoes, Jane Eyre book, clothes on a rope and Brent neon. Now go to a new place and take the last photo, aiming at the neon which symbolizes man's face - it is located on the right. 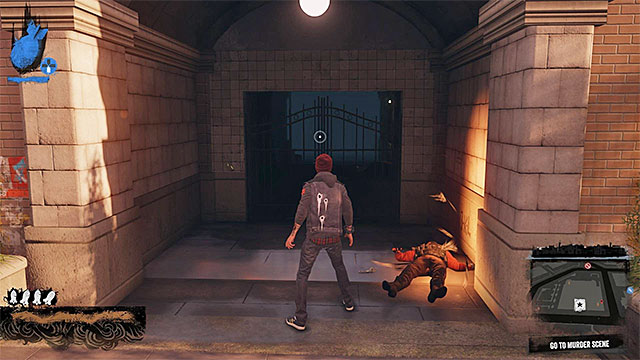 Wait until Reggie manages to prove who the man from neon is (Brent Walker) and then go to the flat where he was murdered - it is located in the western part of Paramount district. Once you get there you'll have an opportunity to acquire Good Karma. If you follow hero's path then get rid of a group of drug dealers. It is not difficult, because they do not possess any powers. If you follow villain's path then do not do it of course. Regardless of your behavior approach the entrance gate shown on the above screen and use Smoke Dash to get inside. 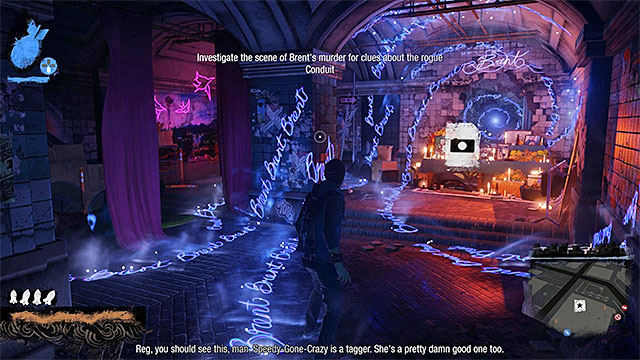 Start exploring the building. For the last time during this quest you have to be a photographer. First go to the altar and take a photo of a central photo showing a woman with a man, a left photo with a man only and a central vortex. Turn left and move to the table. You have to take photo of neon symbolizing sitting man. Now you can leave the building (use Smoke Dash again), finishing this quest and unlocking the next one - Go Fetch.

This site is not associated with and/or endorsed by the Sony Computer Entertainment or Sucker Punch. All logos and images are copyrighted by their respective owners.