In Imperator: Rome, each nation must keep increasing its Civilization Value to be able to develop new technologies. 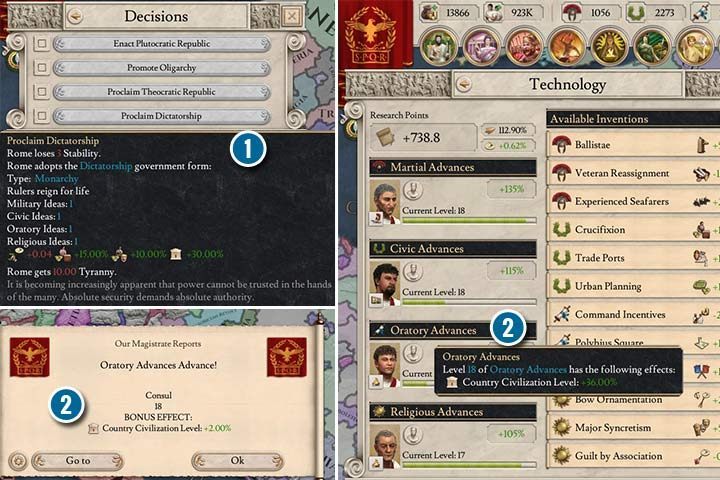 Changing the government to, e.g. dictatorship (1) and leveling up oratory advances (2) increases Civilization Value (symbolized with a Roman structure with columns). 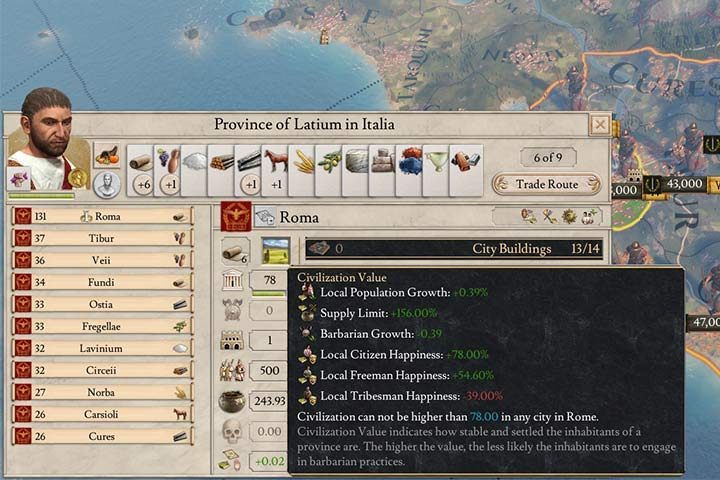 Civilization Value affects two important aspects. First, it reduces the level of population growth of barbarians in nearby regions. If you want to get rid of a barbarian enclave, you have to make your cities to quickly put civilization pressure on their settlements. Thanks to that, you will get rid of barbarians.