An army and a navy are necessary to wage every war. Without these two military groups, no conquest or defense of the state borders is possible in Imperator: Rome.

Armies consist of military units of 1000 soldiers, called Cohorts. There are several types of military units in the game, such as infantry, cavalry and archers. In addition, each army or fleet has a morale level that depends on several factors. The morale bar indicates the willingness to fight. Even with a large numerical advantage, you can lose to the enemy if your army or fleet has a low morale. For each military group it's worth assigning a commander - without him your troops will suffer a 25% penalty to the morale of the entire army. 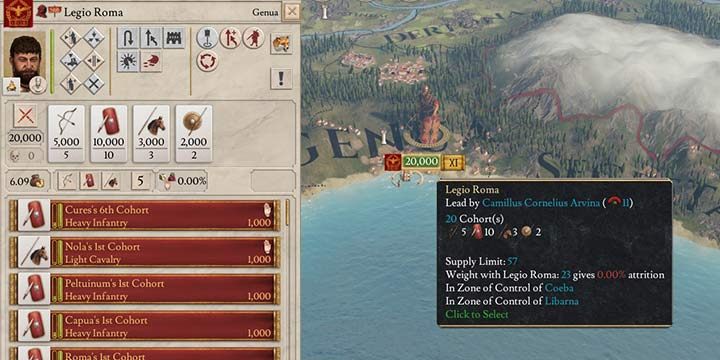 Your forces are organized into armies. In the map mode, you are shown the number of troops in each such an army. When you zoom in, you will see roman numbers beyond the number of troops - the represent the general's level of military knowledge. You can select an army or move the cursor over its tag on the world map, to see additional information.

You can divide armies and fleets into smaller groups or combine them into large formations. Each army can follow a different army (e.g. your ally's) after selecting the "attach to unit" button. In this menu you can use special commands such as road construction or reorganization. Full retreat can be very useful in battle, forcing your army to retreat from the enemy territory to remote provinces that belong to your nation. In this window you can also choose the type of tactics you want to use during battles. Just above the list you can choose the number of units on the flanks and the order of the units on each line and flank.

Military units in an army have several statuses:

Land and naval forces require supplies. If the supply level is less than your army's requirements, units will begin losing numbers. That's why you should have a supply of recruits and keep your armies in well-supplied cities. At the beginning of the game, most advanced nations can provide supplies for about 20-40 units in many cities. It's worth not to exceed the number in order not to expose your troops to unnecessary losses. Try to keep large formations, e.g. 10-30 Cohorts, depending on the region and country. It's easier for large groups to fight, and often numerical superiority is the best way to win the war. Small troops can occupy large areas of an enemy country faster, but are easier to defeat. 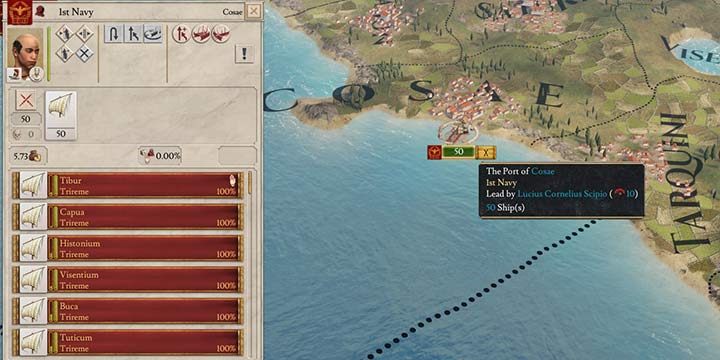 Fleets can have commanders and use ports to undertake repairs.

Fleets operate on a similar basis as land forces and armies. They are composed of naval units, can have an Admiral and have their own morale bar. The biggest difference is how their condition is represented. Instead of troop numbers, fleets use endurance shown in percents. Ships can be destroyed during the battle or due to lack of supplies, but you can repair your units when you send the fleet to a port. Cities with a port are the only locations that enable you to build naval units. A province must have access to wood supplies to be able to build ships.

You can recruit land troops in any city under your control. In order to recruit some types of troops, you need strategic resources produced in the city or imported from other provinces. Only then will it be possible to recruit troops in the whole province. 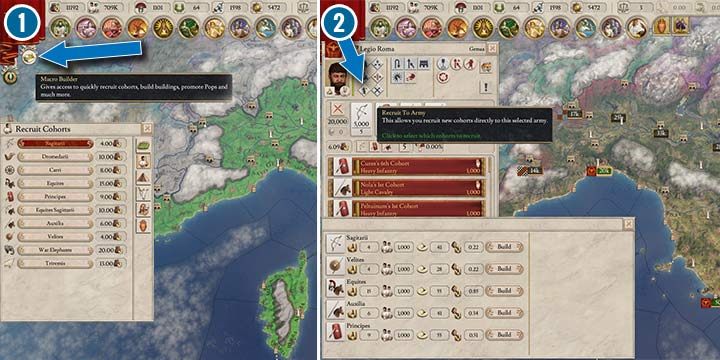 There are several ways to recruit troops: