Seleucid Empire is another state created as a result of the death of Alexander the Great. This is one of the largest States that you can control at the beginning of the Imperator: Rome. 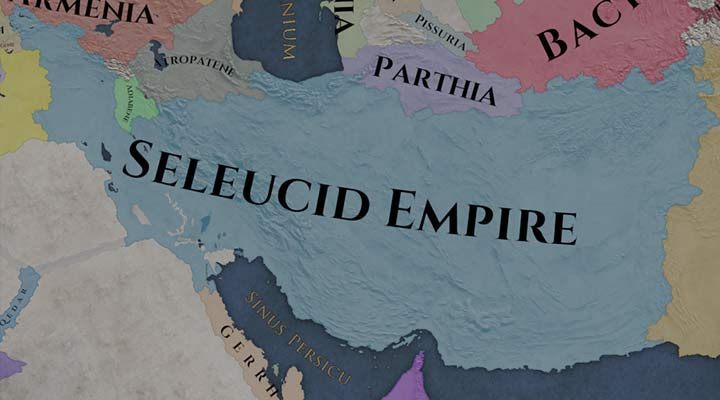 Seleucid Empire has a vast territory and numerous cities. On the one hand, you will have a lot of resources and rich territories at your disposal. However, you will have to face numerous internal problems and struggle with Egypt, Macedon or the great kingdoms of India. It is not easy to support such a large country. Playing the Seleucid Empire is a big challenge, especially in the early stages of the game.

Playing this nation at the beginning is not easy, but you get a very large area that can be expanded and developed with great success. You have several areas of development. You can conquer the territories of the former Empire of Alexander (that is, in the directions of Thrace, Greece and Egypt), send your forces to the Arab countries or challenge the nation on the Indian Peninsula. Each option is tempting, and this nation has the opportunity to build a large army at the very beginning of the game. It has many recruits who will join the ranks of the cohorts.

The biggest problem of this state is great cultural and religious diversity. In addition, you need to take over a vast territory, which has a lot of provinces. You will have to spend a lot of time and power points to assimilate and accept the most vulnerable regions. If you don't, civil unrest will affect the loyalty of the province over time. Remember that revolts have a cultural basis. The more inhabitants of another nation with low level of happiness and satisfaction, the greater part of the population will contribute to the riots.

There are many strategic resources on the territory of the Seleucid Empire, that will help in the development of the state. Many of these resources will help you to develop technologies, level of civilization and increase your income. A significant part of the cities has a large population with a fairly diverse social classes. In this region of the world slavery is popular. This will increase your income. Although it will not affect the development and increase of human resources. Build additional buildings, there is more space than you can image. Seleucid Empire is a good starting point for the expansion of the entire ancient world, if you are good at dealing with their fate in the beginning.