On this page of the guide to Immortals Fenyx Rising, you will learn how to complete the next main mission, which is called One Bad Apple. This is a continuation of the quests commissioned by Aphrodite herself.

After completing the previous mission, your task will be to find Aphrodite. This is quite straightforward, since the objective marker on the map will show you more or less where she is located. 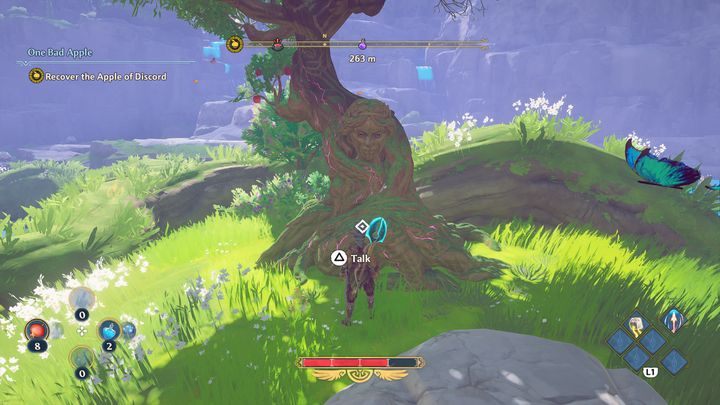 Once you arrive at the marker, you will be shown the zone of the task. Aphrodite can be found on a nearby hill, you will see quite a large tree there. After you approach her, a cutscene will play. You will now have a longer journey to undertake, to a location which will be marked on your map. 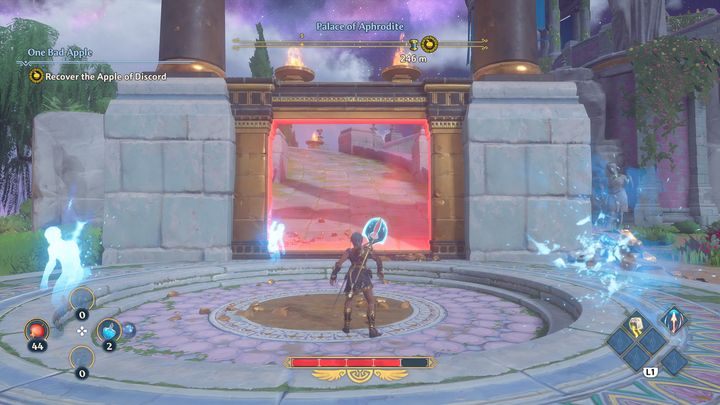 The marker will point you to a place called the Palace of Aphrodite. You have to reach the very top of the palace to find an apple. The entrance is blocked by a red barrier, but nothing will prevent you from bypassing the entrance from the side, double jumping and then going inside. 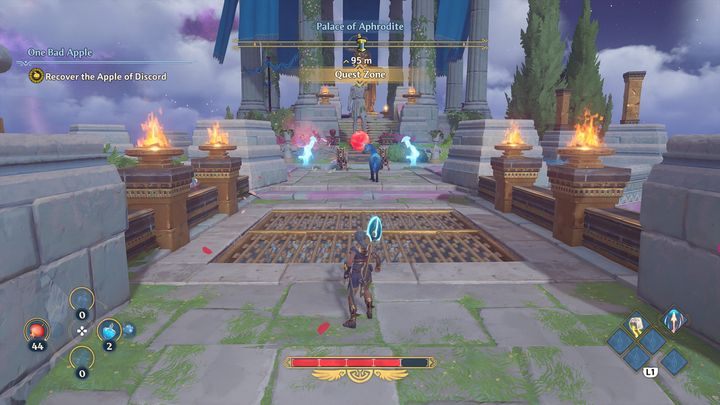 Go to the very top, you will encounter a group of opponents there. It is worth fighting with them with your axe since thanks to this you will be able to hit multiple targets with a single attack. 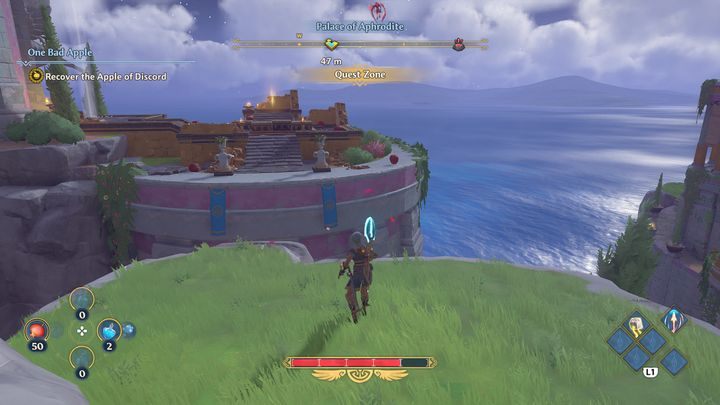 Afterwards, you will have to put three small apples on a pedestal; one of them will already be in the correct spot, the next one you can find on the right side, directly across from the statue, after going up the stairs. 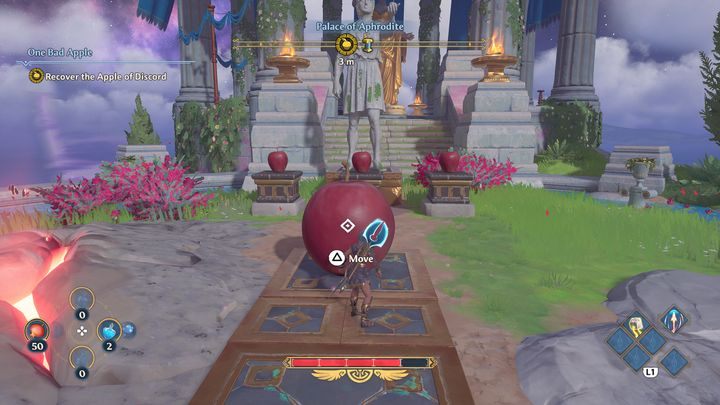 After placing the three small apples, you will create one that is much larger. Your task will be to transport the apple along the road which you have previously used to climb to the top of the structure, and towards the red barrier. 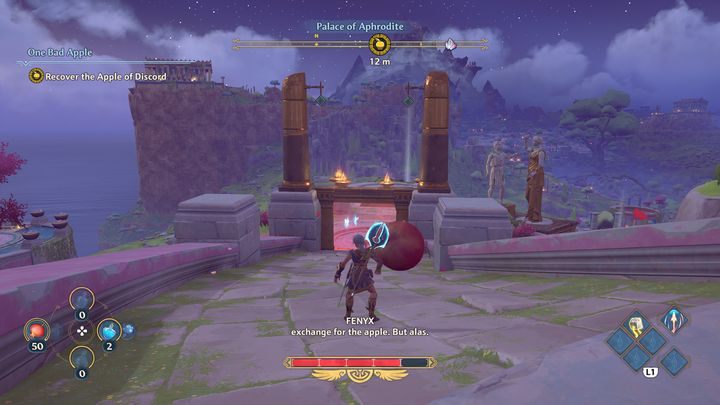 When the apple starts rolling, it will stop at the red barrier. The last step of the mission is to shoot at the targets on the left and right sides, which are located on columns. After accomplishing that, a cutscene will appear, and your new task will be to return to Aphrodite. 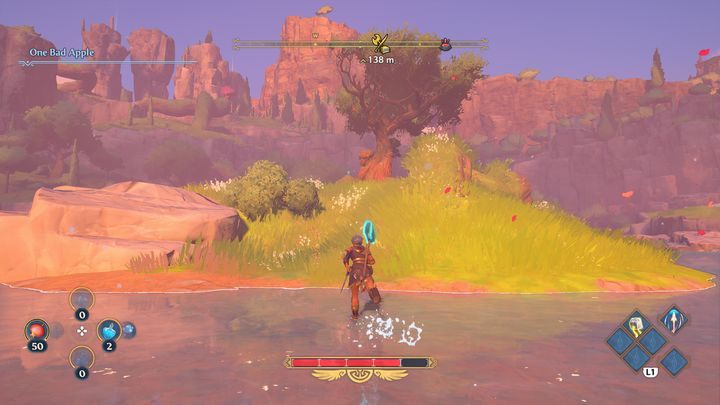 Once you have done that, there will be another cutscene. When it comes to an end, you will have completed the mission.