On this page of the guide to Immortals Fenyx Rising, you will learn how to complete the next main mission, which is called Odysseus's Struggle. This is the continuation of the previous quest, A Golden Opportunity.

Your main task will be to acquire a bow which is located deeper inside the vault. At the very beginning, walk forward until you see a switch. 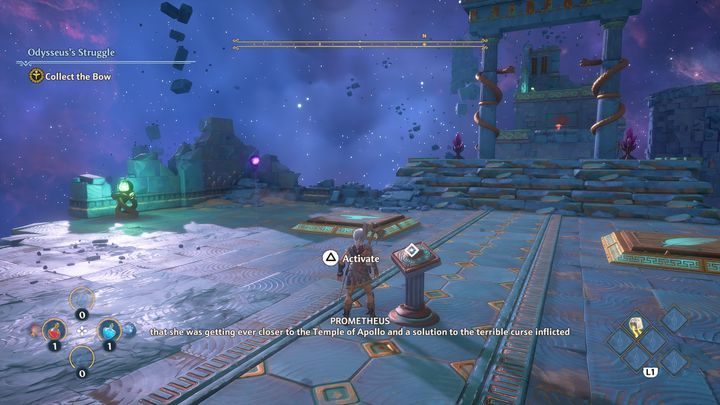 Go to the button and activate it, this will cause two blocks of different sizes to appear. Use Heracles' Strength to place the smaller and lighter block one on the platform on the right. On the left side there is a bigger block, approach it and push it onto a pressure plate. After completing this task, continue forward. 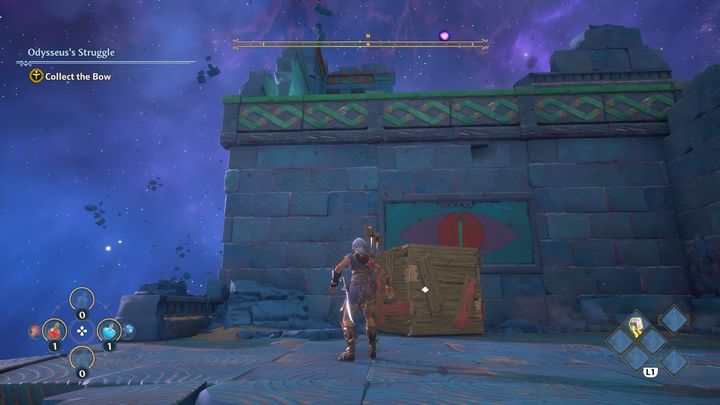 Activate another button in order to create a wooden box. It will initially appear above you, and you need to move it down by using one of your Godly Powers; afterwards, jump onto the box and use the double jump to get to the top. 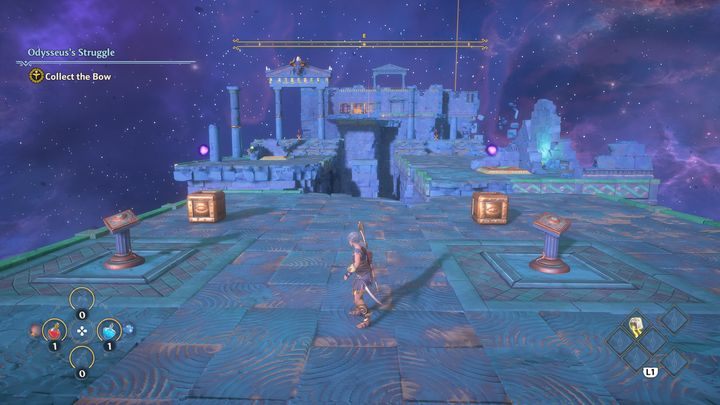 After that, activate two more buttons, which will create two more blocks. Your task will be to throw the previously mentioned blocks onto the pressure plates, which are located a little further to the left and right sides. Activate the power of Heracles' Strength, then hold the button responsible for the throw (R2 on the PS4). 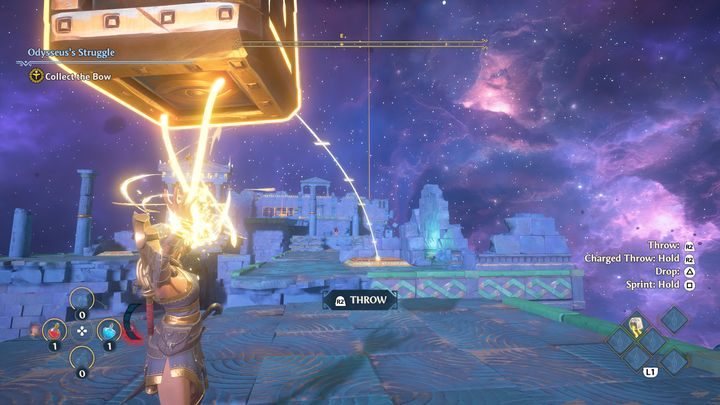 If you fail the throw, simply press the button again to reset the blocks. Once you have got the blocks in place, proceed further but watch out for the chasms. 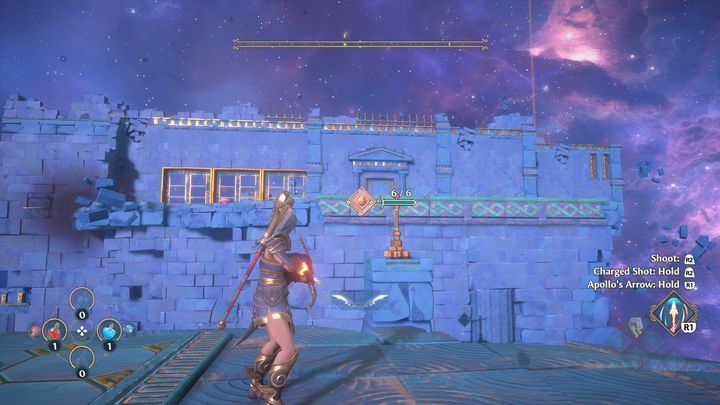 At the top there will be a bow, pick it up. Then use it and shoot at the target visible in the picture. Hitting the target will cause platforms to appear, allowing you to make your way to the other side. 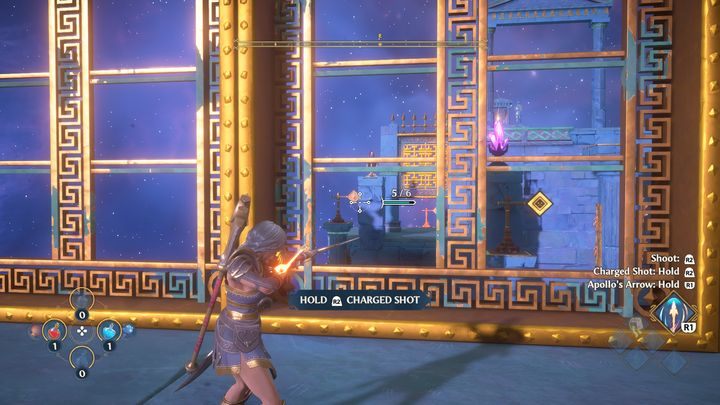 When you are on the other side, activate a button and start shooting at the next targets through a golden gate. The first two targets will be quite easy to hit, as for the third target, you have to take advantage of your new power called Apollo's Arrows. 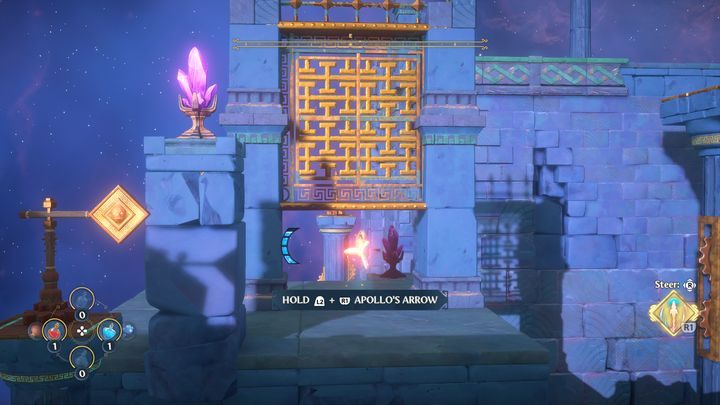 With this skill, you can control an arrow while it is in flight, in addition, time will slow down a bit so that you are able to control the projectile a bit better. Use the aforementioned Godly Power to hit the last target. In order to make it easier for you to hit the target, wait until it drops a little since it is located behind a golden barrier.

Once you hit the target, go through the newly opened door. There is a chest behind the door on the right side. Use Apollo's Arrows again so that you can control your arrow, guide it over the wall, and then fly it straight into the target. Afterwards, you can open the chest. Then proceed further forward. 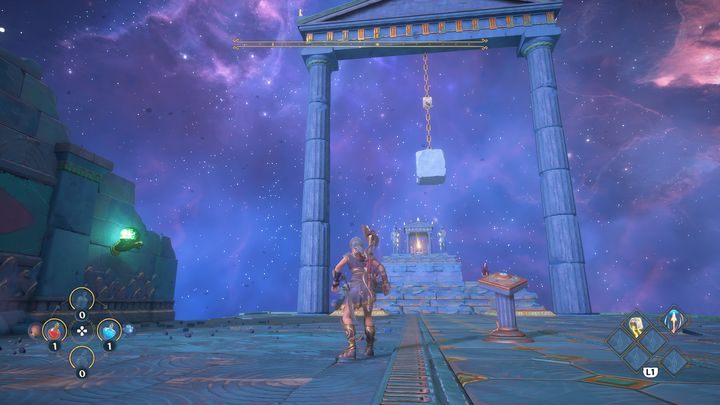 You will now see a hanging rock that is attached to a chain. Fire an arrow at the smaller stone in order to break the chain. The larger block will break apart and split into two pieces. Place the two blocks on pressure plates. Afterwards, you will see a path leading to the end of the Vault. Pick up Zeus's Lightning in order to complete the mission.