On this page of the guide to Immortals Fenyx Rising, you will learn how to complete the second main mission, which is called Life and Death. This task will introduce you to the Vaults of Tartaros.

While you are on top of the statue from the previous mission, jump into the nearby pond, your character will not take any damage from landing in the water. 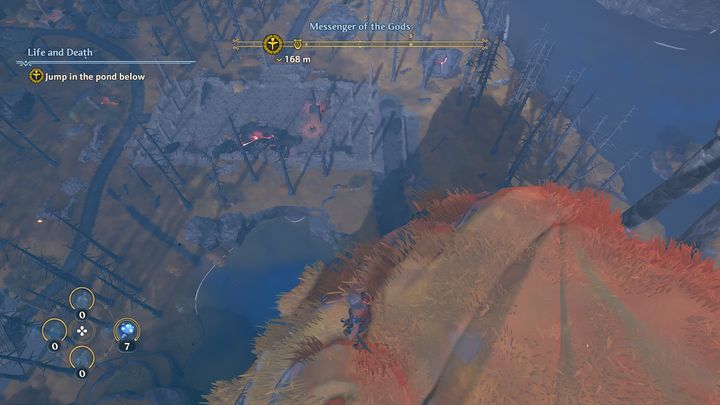 Once in the pond, swim to the nearest land, then go to the indicator that has appeared on your compass. 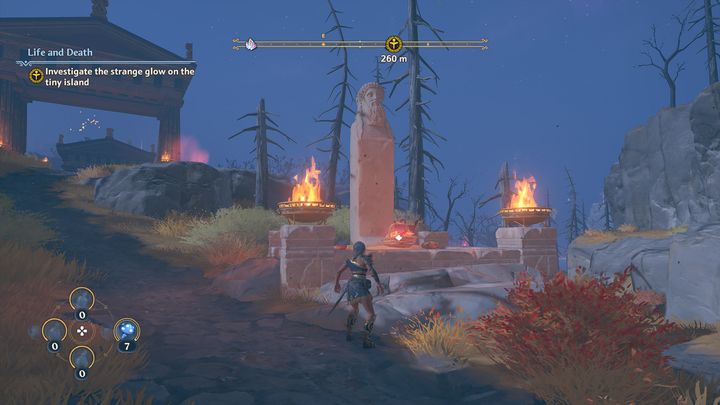 While running forward, you will see a bust and a bowl of pomegranate fruit right beside it. These are the fruits that will restore a small part of your character's health; it is worth taking them because in a moment you will fight against the next opponents. Now follow the path downwards. 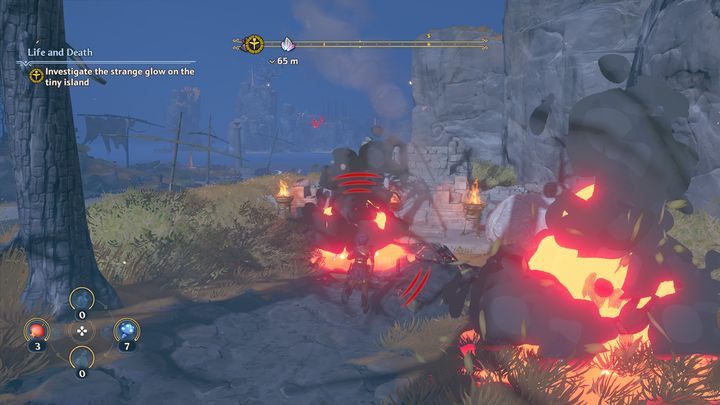 While going down, near a tree and a torch, there will be more foes waiting for you. Defeat them one by one and then head back towards the marker on the map. 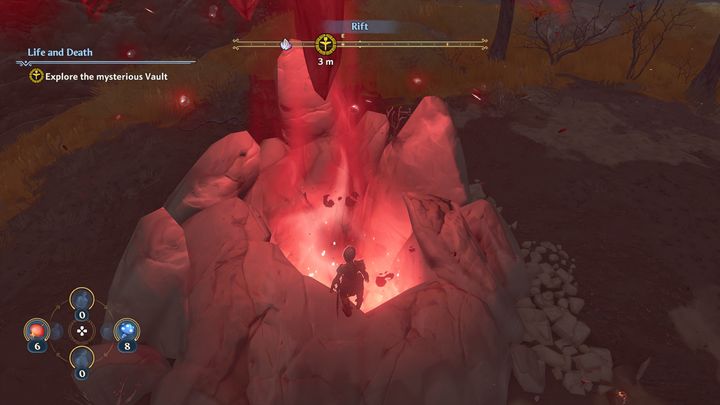 When you are near the marker, a cutscene will appear. When it is finished, jump into the Vault in order to continue the main quest.