At the very beginning of the game, you will see a long cutscene that will bring you into the world of Immortals Fenyx Rising. During the aforementioned cutscene, you will find out what Typhon, the main antagonist of the game, has done. 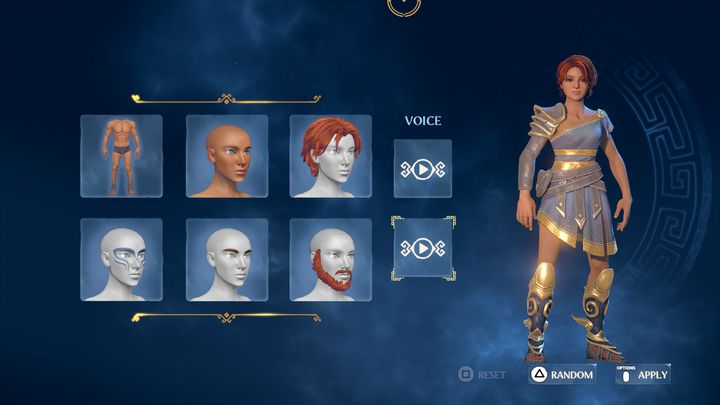 After the cutscene ends, you will be able to create your character. You can choose your character's gender, facial appearance, hair, tattoos, eyebrows, facial hair and voice. After you have finished customizing your character, a short cutscene will follow. 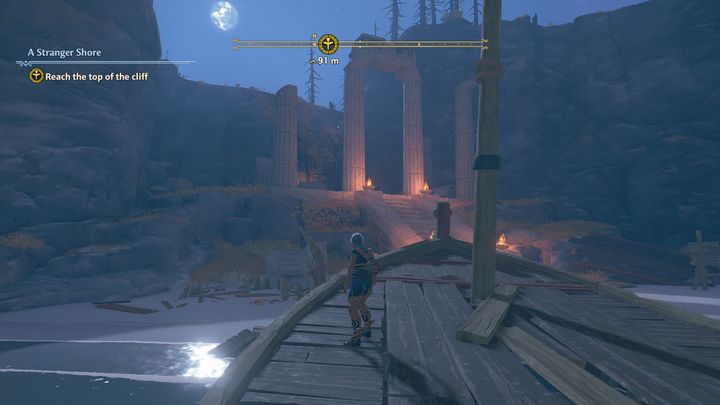 After the character creation is over, you will find yourself in an unknown location. Your initial task will be to go to the location indicated on the compass. Walk towards the columns, then climb all the way up the wall. All you have to do is jump towards it, your character will grab onto the wall and climb all the way to the top. 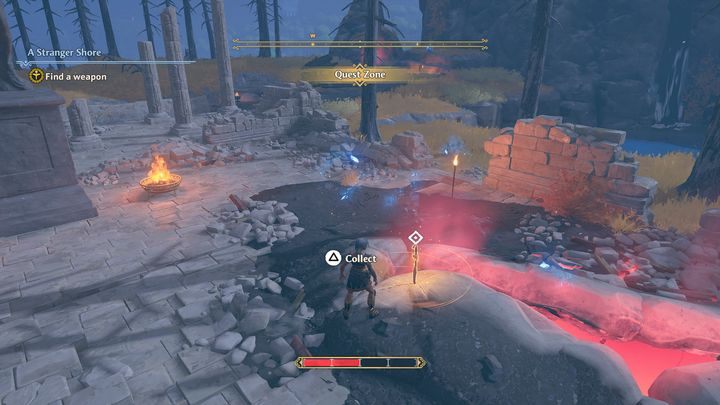 After another short cutscene, your next task will be to go to the indicated location and collect a weapon. When you pick up the weapon, two opponents will appear. 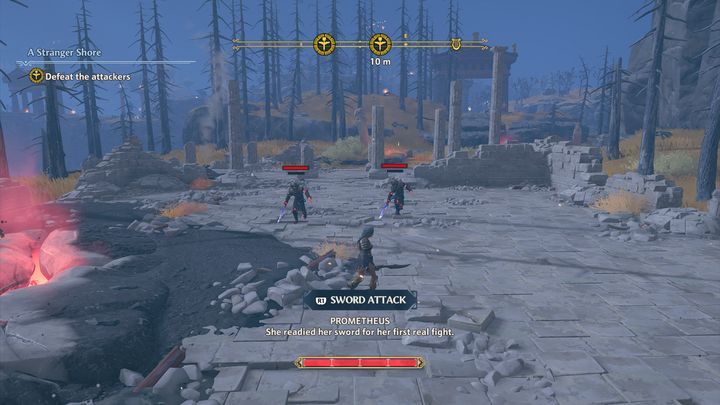 Now comes the section of the mission that will teach you the basics of combat. Attack your opponents with your sword. It is ideal for fighting poorly armored opponents, since the attacks of the sword are very fast. After defeating the foes, two more opponents will appear, the game will also show you how to dodge enemy attacks. 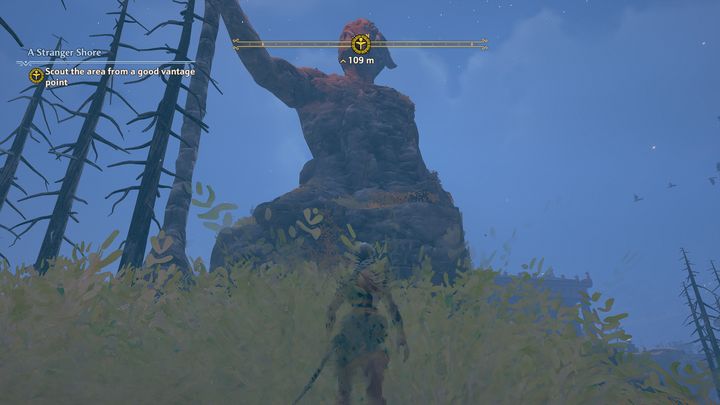 Afterwards, start to climb to the very top of the nearby statue to have a good vantage point. It is a good idea to take a few breaks during the climb, since your maximum stamina at the beginning of the game is very low. 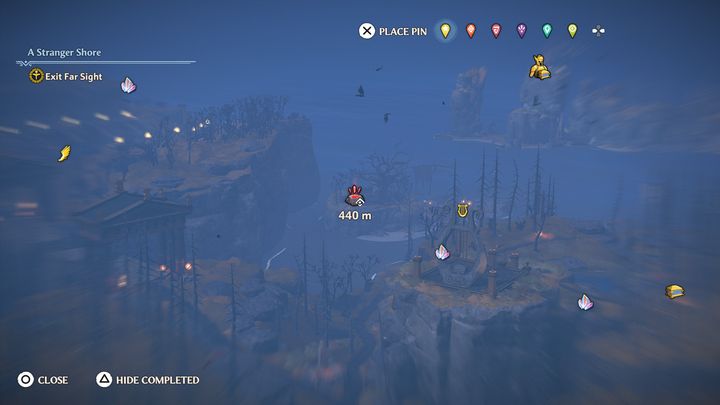 When you reach the top, survey the surrounding terrain. A short cutscene will play at this moment. You now need to use the Far Sight skill in order to uncover and mark the location of the Vault that you need to go to. Now turn off your Far Sight ability. This will unlock access to the first region.