On this page of the Immortals Fenyx Rising guide, you will learn how to unlock Godly Powers, which Fenyx can use to his advantage. This sub-chapter of the guide contains information about each of the Godly Powers, you will learn what the effects of specific powers are, and which ones are worth investing in.

How to unlock Godly Powers?

You will unlock the Godly Powers in Immortals Fenyx Rising as the story progresses. Some, however, have to be acquired in the Hall of the Gods. In the Hall you can find the River Styx Cistern, which can be used to unlock individual powers. You can also unlock skills there. 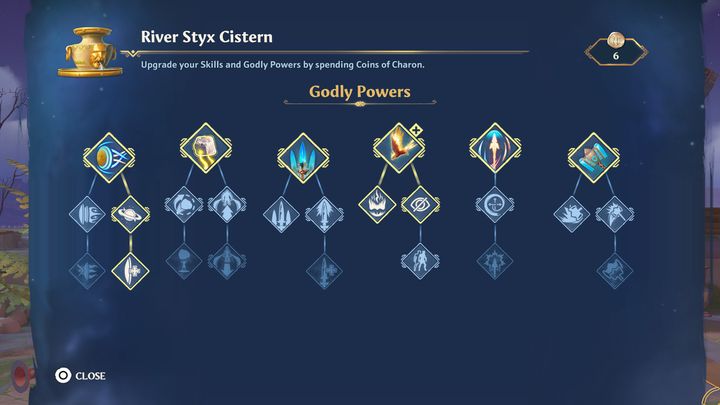 To unlock a given Godly Power, you must hover over its icon and pay a certain price for it. As in the case of unlocking skills, Coins of Charon are the relevant currency in these transactions. You can acquire these coins by completing challenges, sometimes they also appear in chests. 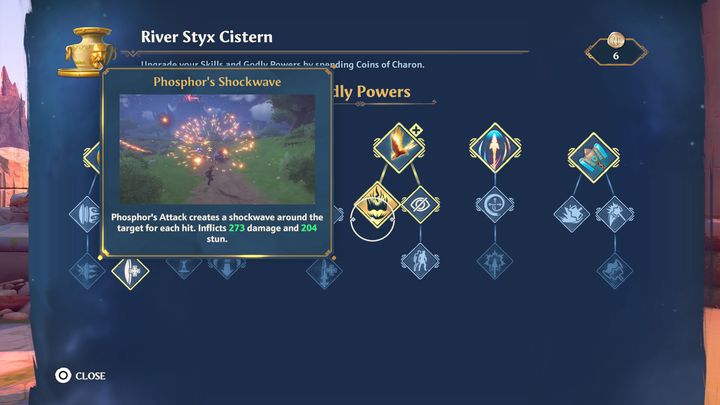 When it comes to the issue of which Godly Power is the best possible investment, the answer to this question may be slightly more complex. Almost all of them are extremely useful, perhaps with the exception of Apollo's Arrows which are not something that you will want to improve as soon as possible. If you want a skill that deals enormous damage to the health of your enemies, upgrade Hephaistos's Hammer. Alternatively, if you would like to focus on stunning your opponents, Athena's Dash will be the better choice. Choose Ares's Wrath if you are looking for a ability that will let you fight more opponents at once.

However, it is also worth recognising the potential of the Godly Power that summons Phosphor. His attacks may not be too powerful, but they can interrupt enemy actions, greatly reducing the overall capabilities of your enemies until Phosphor stops attacking them. Moreover, Phosphor allows you to use an ability that will make Fenyx invisible.