On this page of the game guide to Immortals Fenyx Rising, you will learn how to unlock new skills for Fenyx. This page also contains information on which skills you should invest in first.

In Immortal Fenyx Rising skills are unlocked the moment you gain access to the Hall of the Gods. There you will find the River Styx Cistern, which can be used to unlock individual skills. You can also unlock Godly Powers there. 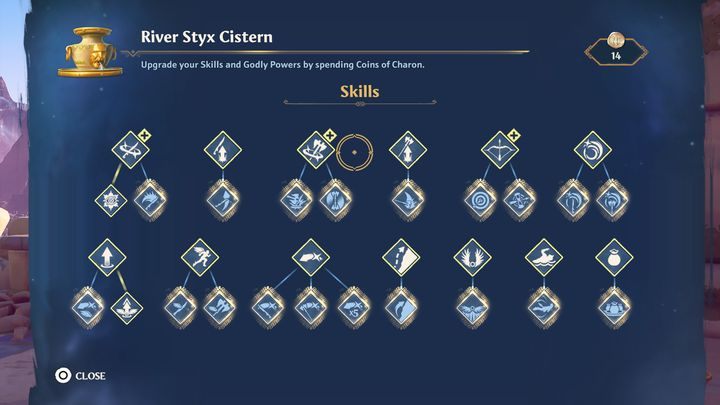 To unlock a given skill, you must hover over its icon and pay a certain price for it. In this case, you will pay with Coins of Charon. You can acquire these coins by completing challenges, sometimes they also appear in chests.

The most useful skills

As a rule, the best skills to start are those that facilitate skirmishes against opponents, but not in this case. At the very beginning, you should mainly aim for skills that will improve your exploration abilities. The first skill that should be unlocked is the Climb Leap. It allows you to climb walls faster, furthermore, it uses much less stamina. 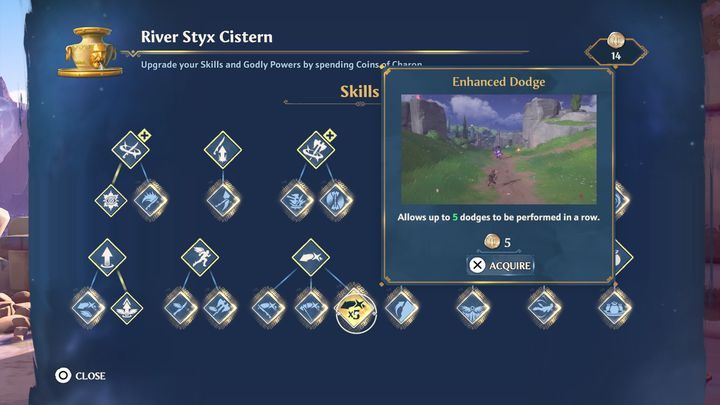 Another skill that is worth mentioning is the Enhanced Dodge. It allows you to execute up to 5 dodges in a row. These are extremely crucial in any fight. The Glide Boost is also an interesting ability, which reduces the amount of stamina drained while gliding, and thus also increases the speed of flying. Swim Dash will make it easier for you to swim, as your character will use less stamina and the skill will also allow you to move in the water significantly faster. Double Jump is also a great choice, as it will be helpful not only in combat, but also while exploring the world. 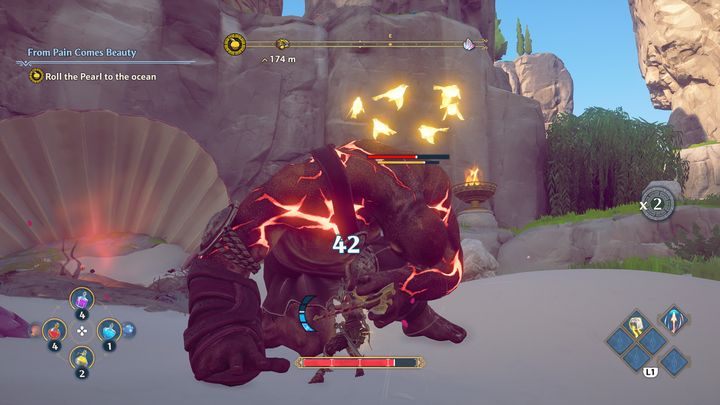 When it comes to skills that will increase your prowess in battle, at the very beginning of the game, it's worth focusing on a specific weapon type. The axe seems to be one of the most powerful weapons, as it deals huge amounts of damage and can also stun your opponents. Therefore, it is worth investing in the Power Spin Finisher. However, if you prefer to fight with the sword, then invest in the Power Strike Finisher. In the case of the bow, it is worth investing in the Marksman skill, which will increase the damage dealt by headshots by 100%.