In Immortals Fenyx Rising, you will create your main character at the very beginning of your playthrough; you can choose between a woman and a man, and edit such features as the hairstyle, eye colour, facial appearance or facial hair. But what if, at some point during your playthrough, you will decide that you want to change the gender of your character, or simply his appearance? 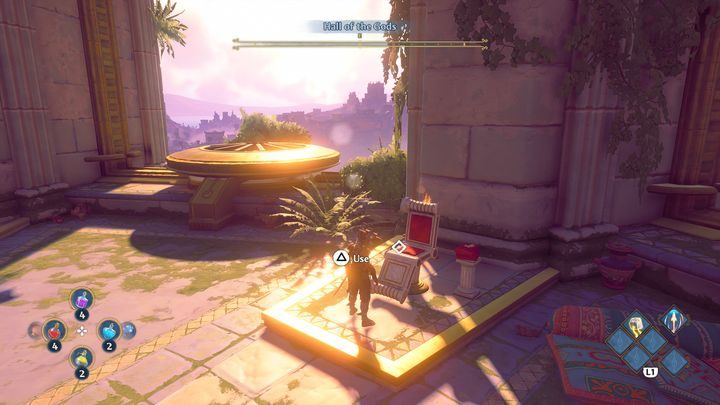 The game makes such changes possible, however, you will first have to unlock the Hall of the Gods, which takes place at a fairly early stage of the game. In order to change the appearance of your character, you must go to the previously mentioned Hall, and use Aphrodite's Beauty Chair.

After you interact with it, you will see exactly the same character creation screen which was available at the beginning of the game. Even if you do not want to alter your character in any way, it is still worth using this feature at least once to change a small detail, because this will earn you a trophy that will bring you closer to getting platinum in Immortals Fenyx Rising.