On this page of the Humankind game guide you will learn the necessary steps to transform your tribe into a full-fledged civilization. Although some of these may seem obvious, it's a good idea to expand your knowledge. Humankind approaches many familiar aspects of other 4X strategy games from a different perspective.

Divide your units into several groups to speed up the exploration process. When you gain additional tribe members, it's a good idea to split your army into two groups. Simply click on the unit portrait (or select several units) in the army screen and give the order to move. You can freely split or fuse armies, as the action only costs movement points. Having more groups on the map gives you more opportunities to explore the terrain, hunt and find bonuses scattered on the map. Your goal should be to send scouts to different parts of the map as soon as possible to search for territories rich in resources. 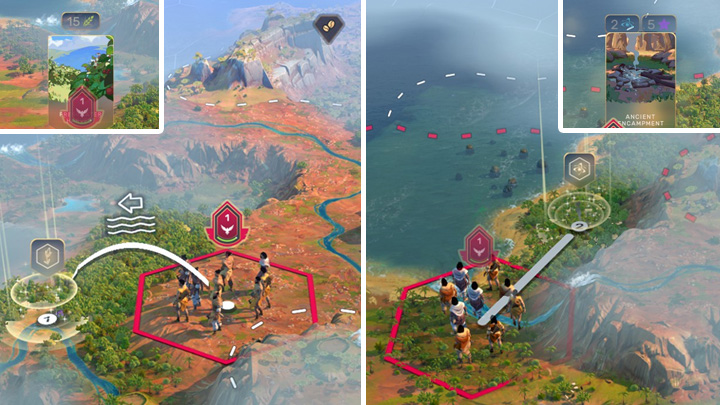 It's a good idea to seek out these collectibles (they can be compared, for example, to the abandoned villages in Civilization 6). Each bonus provides you with additional science and influence points. The latter is needed for capturing new territories and developing cities. Additionally, collecting these bonuses is safer than fighting animals and is often the easiest way to advance to the next era.

Losing all tribe members doesn't equal losing the game nor is it the way to destroy other tribes! If this happens, a new tribe unit will appear in the starting area (from the first round), which you can use to re-earn era stars.

Outposts and the first city's territory 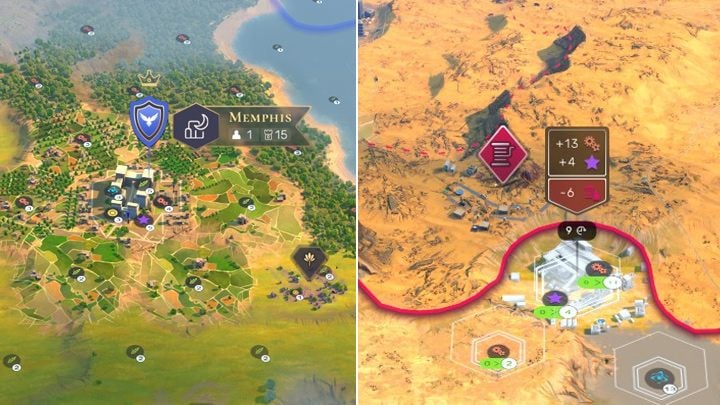 Memphis has good territory for development and has luxury resources, although the area is not particularly rich in resources. On the other hand, a desert outpost is a bad idea - there is no food here, even though the place has a very high production yield. 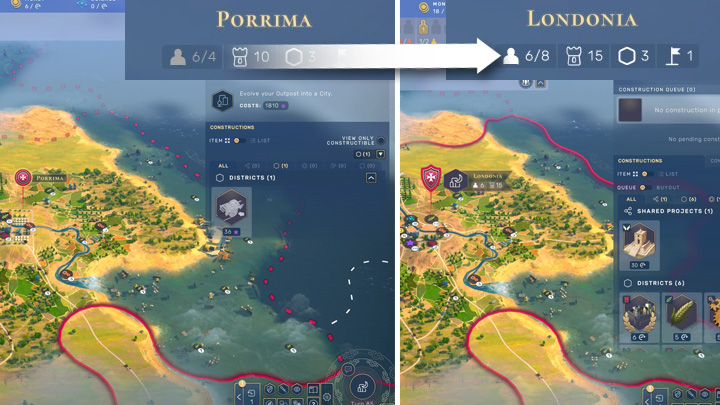 The Porrima outpost has 6 population points. After advancing to the city level, the name changed, but the population didn't and Londonia still has 6 inhabitants.
See/Add Comments
JOIN FOR UPDATES