This chapter is a complete guide for Sunstone Rock side quest. Here you can find tips that will help you to finish this quest in the most beneficial way.

This quest is added to your journal after you get to the village. It turns out that the village is attacked by two Behemoths. You must help the local guards and defeat them. This is not an easy task but the fact that the machines are far apart from each other and you face only one at a time can make this fight easier.

After defeating both machines you can continue the quest. You learn that their attack damaged a prison wall which resulted in an escape of three prisoners. Speak with the guard commander to learn how can you help. 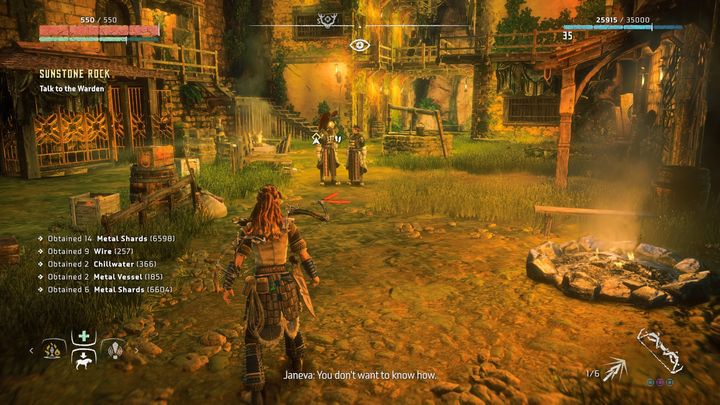 After the conversation with Janeva the mission is divided into three independent threads, each dedicated to a single criminal.

First, go to the Blackwing Snag bandit camp. Follow the marker and you will quickly find the woman. It turns out that she captured a few villagers. 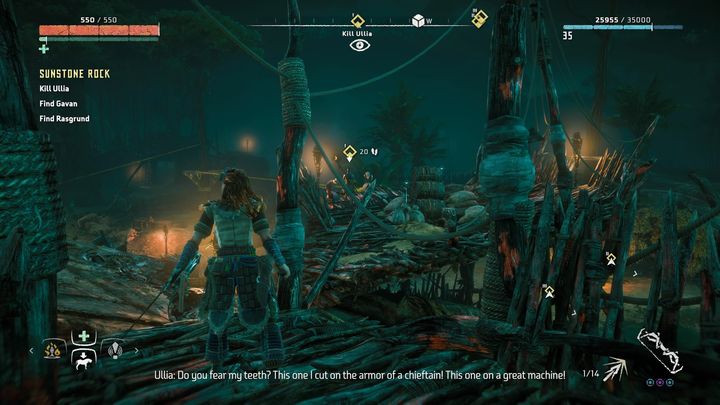 She becomes hostile when you approach her. The only thing that you can do is to kill her. She only uses melee attacks so you can finish her by using arrows. When she becomes harmless you can speak with her to finish this thread. 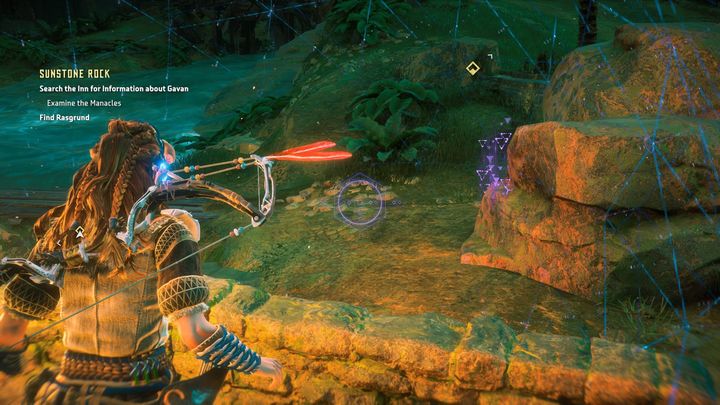 The next bandit can be found in Brightmarket. Speak with the innkeeper to learn about his whereabouts. Sadly, he has no information about the man that you are looking for. When you leave the inn use Focus and turn north. There, you will find the shackles left by the runaway. Thanks to them you can now follow his tracks. 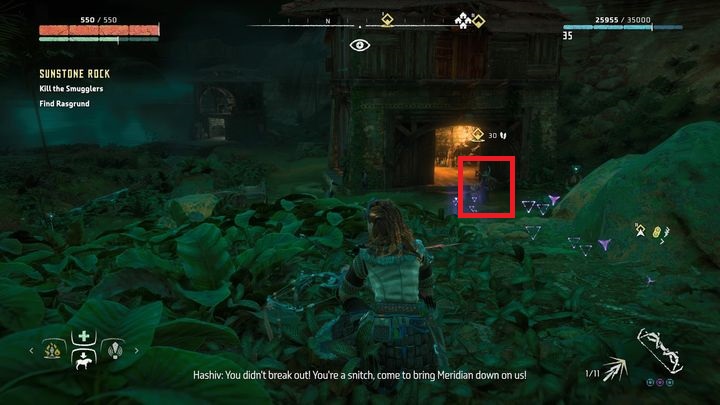 The tracks lead to smugglers' hideout. It turns out that Gavan is injured. Eliminate the enemies and speak with him. Use the element of surprise and eliminate Hashiva that carries a heavy weapon. The rest of the enemies shouldn't be a problem.

Gavan dies during the conversation and the only thing that you can do is to continue the quest.

The runaway can be found in the woods near Meridian. Go to the place pointed by the marker and you will see the gorge presented in the picture. There, you will find a lot of exploding traps. 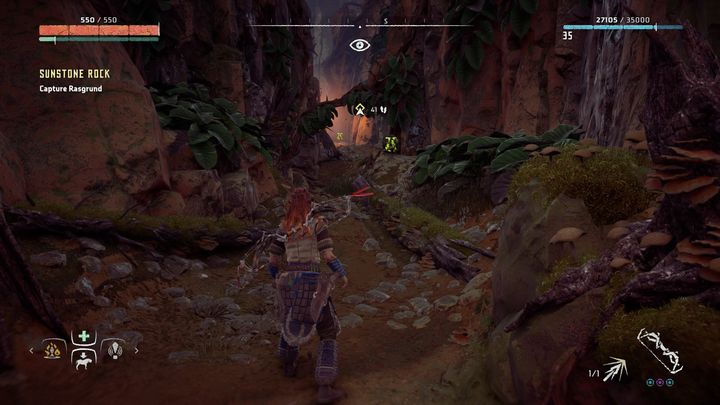 Use the handles on the right after the first arch to get on the higher level. You can shoot at the exploding jugs and cause the explosion before you can get caught in their reach.

When you get on the stone ledge on which the man stands, he will throw a bomb at his feet. This ends this part of the quest.

When you eliminate each of the prisoners you can go back to Janeva and speak with her. The quest ends after a short conversation and you receive your reward.